The idea of computers counting you as you walk by or drive strikes people as a little unsettling, especially when they hear that the technology that does it sends video feeds to the Internet to make the counts. No one wants more cameras staring at us, yet the truth is that making those counts can yield useful insights for society. At least that’s what Placemeter, a young company founded by two French entrepreneurs, thinks. That’s why it built robust computer vision technology to make the counts.

Today, Placemeter is revealing its new people counting sensor that could allay the company’s privacy problem. The Observer got the first look at the new device.

The young startup is debuting its new web platform this morning for making counts of who and what moves through a space. The team has been working since 2012 to prove both that computers can accurately recognize and count people, cars and bicycles as they move through a space and that there’s a viable business in doing so.

Check out the Google-backed science of cities startup, Sidewalk Labs.

Until now, Placemeter had been using old cell phone cameras to make the counts, running video streams from the cameras through their servers for analysis. The optics of this technology felt a little weird to some people, despite the company’s assurances that it doesn’t save the video.

Its new device, a production prototype of which its founders showed the Observer, solves that problem: it’s not a camera; it’s a sensor. It’s a lens attached to a computer that runs the analysis “at the edge of the network,” as the company’s CEO and founder, Alexandre Winter, told the Observer. The only data that comes out the other end are counts of what the computer saw.

The output looks like a spreadsheet. “We’ve been thinking a lot about privacy,” the company’s cofounder, Florent Peyre, told the Obsever. The team even brought on a Google Street View veteran to help them think the issues through, he said.

In terms of looks, the device doesn’t have the appearance of a camera, either. It is meant to attach to the edge of a window. It looks out through a one-way mirror, which also makes the device more discreet to those outside.

The sensor is available now for pre-order at $99, and is shipping in the fall. The sensor can send data to Placemeter’s servers via wi-fi or GSM. Either way, its data load is very light.

Also debuting today is the Placemeter platform, which has been in private beta as the team refined the system so it could make accurate counts in a variety of conditions, such as rain and snow, all of which their computers will have to reckon with in the Big Apple. “That’s a good thing about living in New York City,” Mr. Winter said.

The platform will allow consumers to either use one of their own Internet-enabled cameras or, eventually, the Placemeter sensor, to set up a video stream for making counts of people, cars and bikes going by. Users get a composite image of what their camera sees, stripped of all the moving objects. On that image, they indicate areas through which they want to register counts. They could count every person going down the sidewalk, every bike going down the bike lane and every car moving through the street. If they set up multiple points, they can also make more subtle counts (such as how many cars go straight and how many turn right or left).

Once the system starts counting, the Placemeter platform can provide analytics, but the data may also be downloaded in raw form. That way, civic hackers can play with the data using their own tools.

How people move through cities is only going to become more important as more humans move into them. At least, that’s where the company is placing its bet. “We are really playing on the fact that in the next 30 years, cities will double in size,” Mr. Winter said. “Sometimes people forget that to optimize, you need to measure.”

Placemeter sees a big opportunity in cities getting accurate counts of people moving through them so that they might find ways to optimize that movement. Until then, the company also has opportunities with businesses.

For example, Mr. Peyre described how Placemeter helped Dylan’s Candy Bar, which had to choose between two potential locations around Union Square. By making foot traffic counts at each site, it was able to find that while the more expensive site had stronger traffic overall, the less expensive site had better counts at the stores’ most profitable times of day.

Placemeter sees interest from academics and nonprofits as well, the team explained. The fact that the system is ready for deployment to consumers and can accurately make counts under a variety of conditions is a great victory for them. “From a computer vision side, this is a big achievement,” Mr. Winter said. 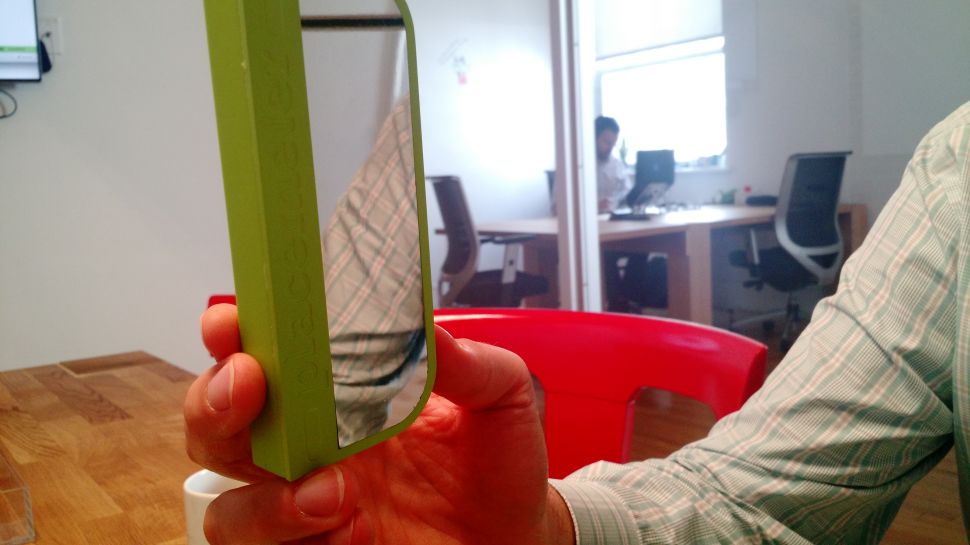