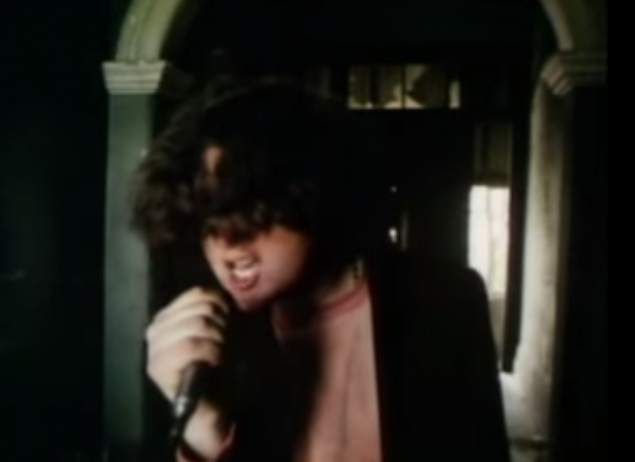 Let’s talk about the Big Three.

But first: I advocate a fairly rigid definition of punk rock. The term “Punk Rock” should identify a distinct type of music; it shouldn’t just be a catchall for artists only connected by a “movement” or a period in time. For instance, it’s exceedingly clear that Suicide, the Ramones, Blondie, Television, and the Tuff Darts each played radically different kinds of music (and the same goes for the Damned and the Motors, or Elvis Costello and Eater). Not all bands during the “punk era” played punk rock; to throw them all under one moniker is inaccurate and misleading.

Please don’t tell me Blondie is a punk rock band.

Likewise, although the word “punk” has been fluidly applied to artists as diverse as the Sonics, the Stooges, and the Strangeloves, I maintain that it should be applied specifically to bands that emerged in (and after) the mid-1970s and played barre-chord-driven, downstroke-based minimalist rock and roll. To extend that definition to groups that were only retroactively labeled as punk encourages revisionism and confusion.

And even if I do not consider Blondie, Television, or Talking Heads (to name three) “Punk Rock” bands, they were a key part of a great blossoming of underground music in the mid-1970s, and it’s sensible to refer to them as bands that emerged in the Punk Era; but for “Punk” to be an effective moniker, I think it has to restricted to bands that sounded like, well, punk bands.

The emergence of punk qua punk dates from the first live performances of the Big Three.

Almost indisputably, three bands laid the foundations for English-speaking punk rock: the Ramones, the Sex Pistols, and the Saints. Completely ignorant of each other and working more-or-less simultaneously on three different continents, these groups arrived at remarkably similar sounds. The Ramones began performing in the summer of 1974, and commercially released music in February of 1976; the Sex Pistols began performing in November of 1975, and released music in November of ’76; and the Saints began playing in Brisbane, Australia, in late 1973, and released their first music in September of 1976.

There had been hints of greatness—well, more than hints—on the band’s first album, I’m Stranded (recorded in late ’76, released in early ’77). That landmark LP featured some first-rate material wrapped in a blubbering, charging, cavernous roar. The Saints hinted at an awareness of r&b vernacular, but wedded it to a quadruple-timed fanaticism and buzz-saw guitars.

Eternally Yours (released in May 1978) takes all that and dials it tighter, twists up the riffs, and takes the production out of the garage (laying it down with a fatback Funhouse meets-AC/DC quality). There’s virtually nothing wrong with Eternally Yours; although it rarely strays from the full-tilt amphetamine boogie of punk, there’s a depth and almost Beatle-esque style to it, thanks to fantastic songs that are an amalgamation of hoarse and hooky melodicism, r&b tear-jerkery, and dive-bombing serpentine riffs, all sung in Chris Bailey’s mighty, pleading, passionate Van Morrison-meets-Johnny Rotten voice. Both Paul Weller and Elvis Costello aspired to the kind of whiskey-warmed soul’n’sob that Chris Bailey dispenses so naturally on Eternally Yours, but neither came remotely close.

Just as noteworthy is Ed Kuepper’s guitar, which is an ugly/pretty horseradish and buttercream slash, a shred, a rending of garments, a rip of electric construction paper, one of the great rhythm guitar sounds of our time; and when wedded to the fallen angel sob of Chris Bailey’s voice, you had one of the most magical combinations in rock history.

I’ll also of note that the Saints’ habit of playing very on-top of the beat, when combined with their rapidly circulating and changing riffs, actually anticipates the Bad Brains, and that’s not just idle conjecture: in their earlier days, the Bad Brains frequently covered Eternally Yours’ “Private Affair.”

And (and this is a very big freaking “and”) Eternally Yours contains the greatest single of the punk era, and one of the ten greatest 45 A-sides of all time.

“Know Your Product,” which opens the album, features a ferociously hooky slab of Stax horns on top of a Ron Ashton/Johnny Ramone slammawhirr and a Tartars-Marching-Across-the-Steppes rhythm, with Chris Bailey testifying on top like a Safety-Pinned Al Green. On “Know Your Product” Sam & Dave and Sex Pistols meet as they never did before and never will again, at least until the last dawn of man and Ramone, when the macadam of Bowery and Beale Street will shatter under the weight of God’s judgment, and seven angels, borrowed perhaps from the original lineup of Dexys, sounds seven trumpets, and mountains bursts into flames and the sea turns blood red, at which time I will still be clutching my 45 of “Know Your Product.”

It so happens the rest of Eternally Yours would have been a magnificent document of heart-bleeding, slinky-riffing punk even without “Know Your Product,” but with it … dear God.

The Saints only lasted one more album before Ed Kuepper split for the Laughing Clowns; Chris Bailey kept the Saints’ name afloat (and still does), frequently producing some staggeringly good music and asserting himself as one of the only truly great vocalists to come out of the first wave of punk; he still has the heart of Strummer, the throat of Van Morrison, and the keen eye of Leonard Cohen. A lot of Saints music is (very) worth looking into, but start with Eternally Yours.

And please don’t tell me Blondie is a punk rock band.

For Your (Re)Consideration No. 1 – In the Beginning Their Was My Hatred for Eric Clapton

For Your (Re)Consideration No. 2 – Is the Who Better Than the Beatles? 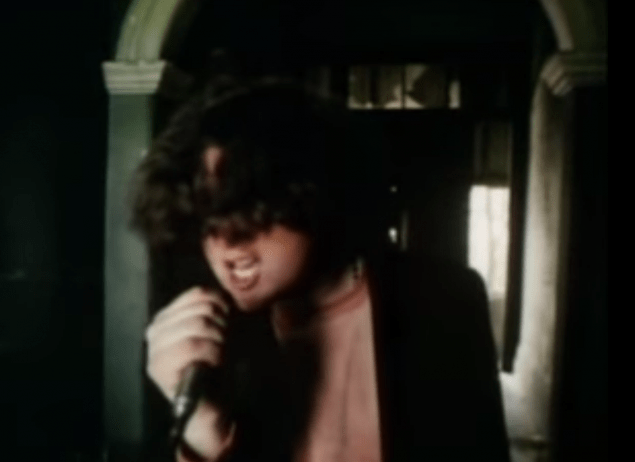