This week England’s Former Chief Rabbi Lord Jonathan Sacks gave a speech described by the media as doom and gloom at a conference in Herzliya. He admitted a belief that the BDS movement had succeeded in making the State of Israel a “divisive factor” in Jewish life and claimed that, as a result, supporting Israel was “almost impossible” for European Jews.

It was an astonishingly defeatist speech, which is troubling enough. But most disturbing was the false dichotomy he presented to European Jews. In his own troubling words he said, “Jews have been faced with a choice: live in Europe and criticize Israel or be silent, or leave Europe…” In other words, the only solutions left for Europe’s Jewish community is to embrace and succumb to BDS or get out. What he shockingly neglected to mention is the obvious third option: to stay in Europe, embrace Israel, and fight for the Jewish State.

I was personally saddened by Rabbi Sacks’ most recent remarks. In the 11 years I served as Rabbi at Oxford University I was originally his biggest public champion. His eloquence in promoting Judaism was thrilling. But as time went by and he refused to use his considerable pulpit, not to mention his extraordinary gifts, to fight for Israel and against the anti-Semites, he gradually lost me.

In all the years Rabbi Sacks spent as Chief Rabbi all would agree that he had few equals in his mastery of language. Which made it all the more mystifying why he would not use that mastery in the war for the Jewish State. His Chief Rabbinate must be judged a failure, and not only because Anglo-Jewry continued to diminish under his watch. Rather, the phenomenal growth of anti-Semitism and attacks against Israel while he was in office, without his joining the battle, rendered his leadership obsolete.

Under his watch the BBC, to which he had unlimited access, began to orient itself toward demonizing Israel. The British Universities, where he was and remains highly respected, likewise ran roughshod over Israel. Yet, he didn’t defend Israel, neither in the media nor on campus.

I’m not sure what he was thinking. Perhaps he thought defending Israel in the media would brand him partisan, or that doing so on campus would chip away at his hard-earned academic prestige which he hoped to use to promote Jewish ideas. Maybe he thought it would all be futile, that the tide turning against Israel was not something he could stop. I cannot enter the mind of the man. But whatever the reason, it was a stunning abrogation of leadership.

And it was not only his passivity but active criticism of Israel that may have contributed to the hostility, like the infamous interview he gave toThe Guardian in 2002 where he said of the IDF that “there are things that happen on a daily basis which make me feel very uncomfortable as a Jew.” In the same interview he said the prolonged conflict had “generated hatreds and insensitivities that…are corrupting to a culture” — about Israel. And even now, when European Jews are deeply concerned about their safety and experiencing rejection on an international scale, he essentially tells them to give up.

Interestingly, just days before Rabbi Sacks spoke in Herzliya I was in Las Vegas speaking at a conference hosted by Dr. Sheldon and Miriam Adelson and Haim Saban. Far from admitting defeat, these modern Maccabees brought together fifty Jewish organizations in order to arrange and coordinate an effective counter-offensive to take on BDS and eventually bring it down.

The contrast between the two responses is vast. A refusal to fight for Israel stems from long-standing Jewish fears and self-doubt dating all the way back to the story captured in this week’s Torah reading, Shelach, where the spies tell Moses that they saw terrifying giants in Israel that could not be defeated. “We appeared in their eyes as if we were grasshoppers, and so we appeared in our own eyes as well.”

The essence of leadership is not great oratory but moral courage. Moses, the archetype of all Jewish leadership, was a stutterer. Lincoln, too, the greatest of all American presidents, had a high-pitched and raspy voice. While in writing, his speeches are considered to be some of the greatest ever delivered, when spoken they were mocked and jeered by much of the American Press, especially the Gettysburg Address. But Moses risked his life and princely standing to combat a single injustice, the beating of a slave by his master. Retaining his social position among the Egyptian aristocracy meant nothing to him. And Lincoln embraced widespread unpopularity and eventually gave up his life to bring an end to the greatest injustice in American history. What made Lincoln a leader was the moral conviction that slavery was an absolute evil that had to be defeated while the Union was an unalloyed good that had to be defended.

Winston Churchill was dismissed as a drunk and a crank by the British for sounding the alarm against Hitler. But his steadfastness in combating evil, amid being despised for it, helped save Western civilization.

One might have thought that Jonathan Sacks, having retired from his post as Chief Rabbi, would have been freed from political and communal constraints and would have embraced a more courageous stance on Israel and the Jewish People. Instead, in Herzliya he strangely succumbed to despair.

With all due respect to Rabbi Sacks, his is an approach that must be rejected by world Jewry. Of course, BDS is intimidating. That’s exactly its point. But when threatened by such morally debased foes as the proponents of BDS the last thing we can do is fall victim to their scare-tactics. On the contrary, we need to fight back. We need to become Maccabees. And what a Maccabee is, above all else, is a man or woman who is willing to fight against the odds, against enemies far larger than him or herself, because he or she knows that they can bend history toward their righteous will. The Maccabee holds a firm faith in the words of Martin Luther King, Jr., that “The arc of the moral universe is long, but it bends toward justice.”

We know that Israel’s cause is just. Let us just have faith that we can bend the world toward the recognition of its outstanding righteousness.

Shmuley Boteach, “America’s Rabbi,” whom the Washington Post calls “the most famous Rabbi in America,” is founder of The World Values Network, America’s leading organization defending Israel in the media, and is the international best-selling author of 30 books, including The Israel Warrior’s Handbook, which is about to be released. Follow him on Twitter @RabbiShmuley. 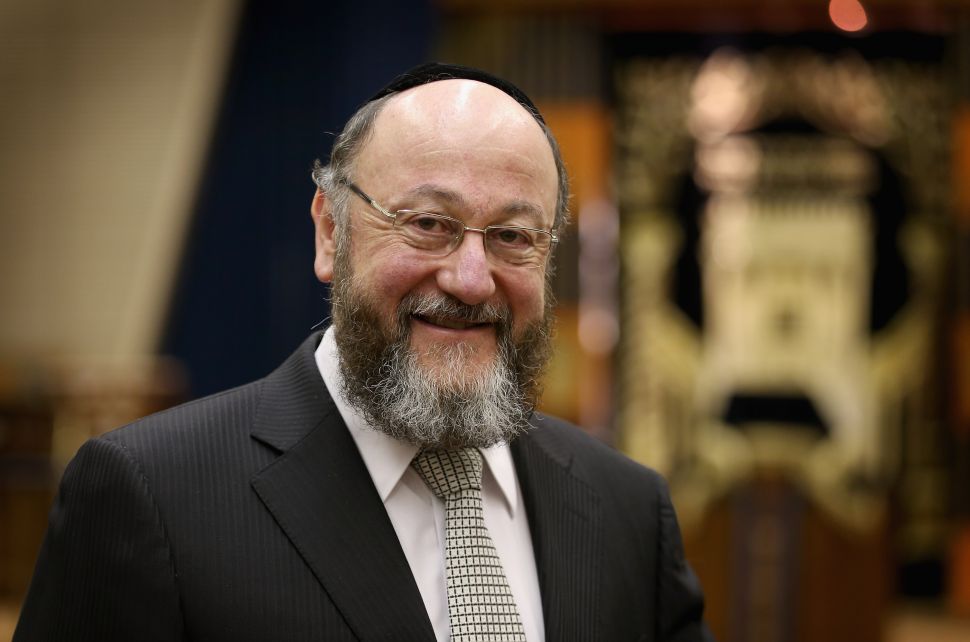