Etsy is 10 years old, despite the fact that it’s hard to even believe that the Internet is 10 years old. The company started in a founder’s apartment in Fort Greene a decade ago this month. The venture turned 10 shortly after becoming publicly traded on the NASDAQ.

The Observer spoke to Vanessa Bertozzi, the Program Manager for Etsy Wholesale and one of the craft e-tailer’s earliest employees. She looked back on what it’s been like to be part of the website’s home office over the years.

Ms. Bertozzi joined Etsy in January 2007. She was hired by Matt Stinchcomb, who she had met shortly after arriving in New York City after grad school. Mr. Stinchcomb had been the very first employee, besides its three founders, and he now runs Etsy.org, a nonprofit that fosters people starting businesses as a way of achieving economic self-sufficiency.

Ms. Bertozzi had become aware of the venture in its very early days while doing graduate research at MIT, looking into the ways people’s online activities connected to their offline participation in the arts. She’d become interested in a particular seller who made pillowcases, stuffed animals and embroidered pouches with imagery based on drawings by her child. “That was my first exposure to Etsy,” she told the Observer.

Etsy’s first proper office was at 325 Gold Street, in Downtown Brooklyn. “The old office, that first summer, we decided to be very eco-friendly and not have any air conditioning. We were all just kind of hotboxing that early office.”

Early on, she and Mr. Stinchcomb did basically all of Etsy’s work that wasn’t related to engineering the site’s code. “The initial stage was kind of like an anarchist collective,” she said. The team was into grassroots promotion, such as silkscreening flyers and promo materials by hand, and going out on the streets to hand them out.

She recalled going completely alone to the Indie Craft Experience in Atlanta in 2007, passing out hand printed T-shirts to promote the site to makers there, from a tent, only to have a windstorm hit and nearly blow her whole operation away. A bunch of Etsy sellers came out to help her rescue her display and get the tent down before it all blew away.

Ms. Bertozzi was married in 2008, wearing a dress made by a seller from Brooklyn. Her sister’s dog was the ring-bearer, wearing a tuxedo made by another Etsy seller, Furkid Fever. The canine threads and other handmade touches won the wedding a nod from Martha Stewart Weddings.

“I feel like I grew up as the company grew up,” she said, “and it was more about becoming a more stable, less chaotic work environment, where the hours weren’t so crazy. And that kind of evolved with my lifestyle.” Etsy moved from its first office to a larger location at 55 Washington Street in Dumbo in August 2009.

She marked growth at the business by walls coming down around the space as it grew. One day, Ms. Bertozzi said, she suddenly realized she didn’t know everyone’s name anymore. A little later, she didn’t even know the names of all the dogs that came to the office each day any longer.

Growth didn’t just change their space. It changed the site itself. Chad Dickerson became CTO in 2008 (he became its CEO in 2011), she told us, saying “I think the website was built very quickly in that startup way to get something up and running.” Mr. Dickerson came on because the site needed to handle a growing global audience. Today, Etsy is known as a destination for top developers, which is why some of the very best coders in the country are willing to come make presentations at its monthly lecture series, Code As Craft.

“As I look back on my career here I always keep moving to new projects that feel like startups within the company.”

She saw the increasingly sophisticated site architecture of the site evolve in her own work. As Etsy grew and sellers started to find each other in real life around the country, Etsy fostered that community by creating Etsy Teams. At first, Ms. Bertozzi spent copious hours adding contact information for team leaders to the website by hand. Later, as its engineering capacity grew, the team’s component of the site became a self-regulating area, where users of that feature could manage their own pages.

Her first really defined role was running the site’s blog. At the time, they called it The Storque. Later, she’d help launch Etsy Teams and the seller education program in a community facing job. Then she went on maternity leave in 2012.

She came back and took on the program that helps Etsy’s largest sellers reach stores. “As I look back on my career here, I always keep moving to new projects that feel like startups within the company,” Ms. Bertozzi said.

She’s been focused recently on Open Call, a program where Etsy selects up to 50 designers to come to their New York office and pitch their products to major retailers, such as Nordstrom.

She remembers the idea floating around Etsy from the very early days of helping their most successful sellers get their work into stores. Over time, they started to see sellers work in local boutiques. One seller, in particular, Claudia Pearson, helped the company to understand the multi-channel approach to making a business from crafts.

“She had been in the business for a while. Etsy was not her first rodeo,” Ms. Bertozzi said. “It was another channel for her.” Input from sellers like Pearson helped Etsy to craft its wholesale model, though that particular move toward scale was not without controversy.

Over the years, Etsy has been trendspotting on the site. The hot item this year? Ear cuffs.

Love potions and revenge spells, however? Those are out. 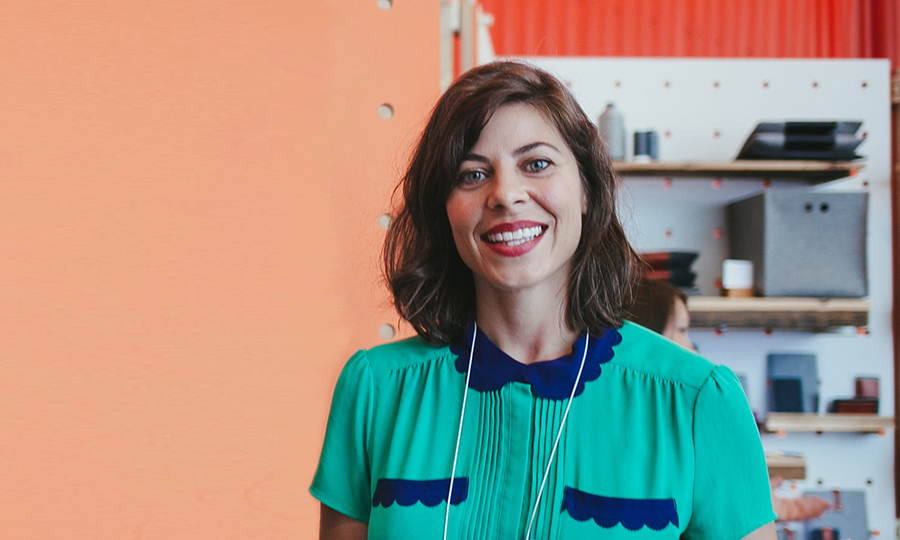