The little show won big. Fun Home, a daring drama about a young lesbian’s coming of age, won the all-important Tony Award for best musical, as well as for score, book, direction and best actor.

“We’re changing our major to miracle,” producer Kristin Caskey said in accepting the award, referencing the Fun Home heroine’s lyrical ode to love and lust — “Changing My Major” (to Joan). Adapted from the graphic autobiographical novel by Alison Bechdel, Fun Home plays in the small 730-seat Circle in the Square Theatre. Its top rival for the award was An American in Paris, a ballet-infused adaptation of the 1951 Gene Kelly movie. Critically acclaimed and the biggest seller of the past Broadway season, grossing $1.3 million in the week ending on June 1, American in Paris won for orchestrations, choreography, scenic and lighting design.

As expected, The Curious Incident of the Dog in the Night-time won for best play, about a boy who appears to have Asperger’s Syndrome or autism. (His condition is never specified.) The King and I, Lincoln Center Theater’s third Rodgers & Hammerstein show in two decades, was named best musical revival.

In categories traditionally dominated by men, women triumphed. Lisa Kron and Jeanine Tesori won for best score for Fun Home, Kron won for book and director Marianne Elliott scored for Curious Incident. “We didn’t set out to make a dime,” Elliott said in her acceptance speech about creating the inventive play at U.K’s National Theatre. “We never thought we’d find an audience.”

In acting categories the evening went according to script. Dame Helen Mirren won for best actress in The Audience and Alex Sharp won for Curious Incident. “This time last year I picked up my diploma, graduating from Juilliard, so holding this is insane,” Sharp said. Kelli O’Hara from King and I won her first Tony after six nominations and Michael Cerveris of Fun Home snagged his second Tony. 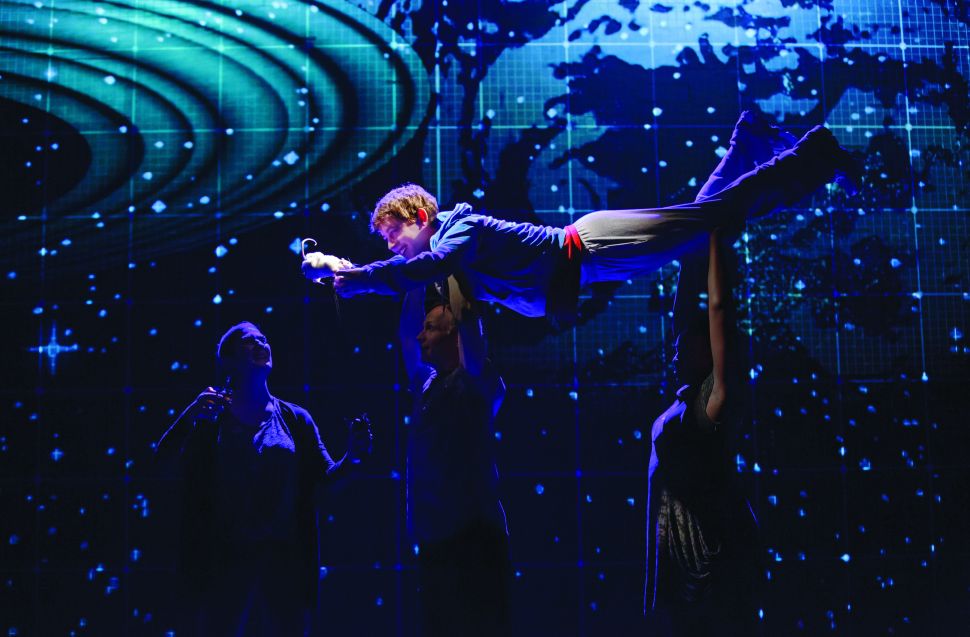