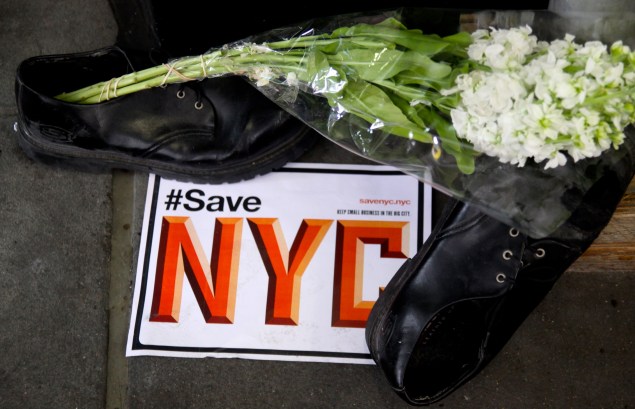 25 West 33rd Street was an unlikely funeral venue Thursday afternoon in honor of Louis Shoe Rebuilders, the 94-year-old shoe repair shop located at the Empire State Building that will be closing its doors at the end of the month.

Attendees of the event, organized by #SaveNYC, the grassroots movement dedicated to protecting the unique, urban fabric of New York, arrived dressed in black and bought flowers and old shoes to say goodbye to one of the city’s most iconic shops. Established in 1921, Louis Shoe Rebuilders arrived on the block before the Empire State Building did, and successfully survived the Great Depression unharmed—even as the event’s eulogies were delivered customers old and new were filling seats for a quick shine during their lunch break.

Owner Beatrice Barbieri, who has been at the shop since 1992, told the Observer that she didn’t organize today’s event, her customers did. Her lease expires the 30th of this month, but the shop won’t be relocating elsewhere. “I can’t find another rental at a fair rate for a small business, and I can’t make enough revenue to make it profitable,” she said.

Ms. Barbieri has seen her lease increase from $5,000 a month to nearly $10,000 a month during the two decades she’s been there—she was a only given a small break last year. Her landlord, Ms. Barbieri said, did her a favor by offering her a one-year lease in 2014 for $7,000. Was it a kind gesture to prepare her for the big blow? Ms. Barbieri doesn’t know. 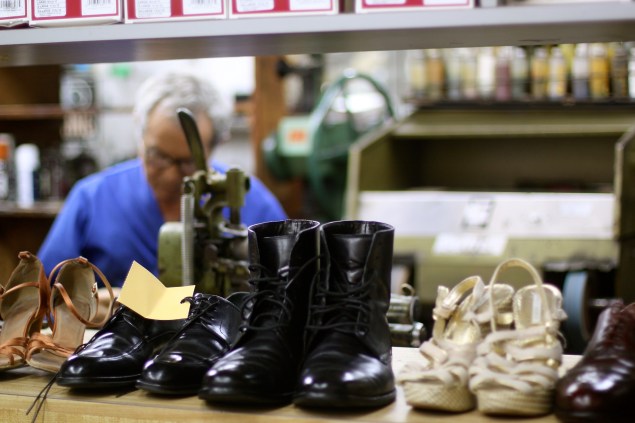 The shop has been open since 1921, but it’s set to close in less than two weeks. (Photo: Giulia Olsson/New York Observer)

“I think they’re going to rent a group of stores together to one person,” she said. “They don’t really want individual stores anymore. They want less individuality. It’s easier to take over one person who owns five stores, than to have to deal with every individual store owner.”

#SaveNYC was well-represented at the shop during the funeral. One of the movement’s organizers, Lee Greenfeld, believes that Louis Shoe Rebuilder’s closing doors speaks to something larger than just one shop’s inability to renew its lease. It speaks to a New York where banks, modern coffee shops, and luxury brands continue to conquer the Mom and Pop shops that have been around for decades. The event today was created in order to raise awareness about the changes.

“This store that’s closing hit home a little harder than others,” Mr. Greenfeld said. “This one is really the face of vanishing New York. This is a business that’s been here for 94 years, made it through the Great Depression, made it through everything. This store is part of the fabric of New York.” 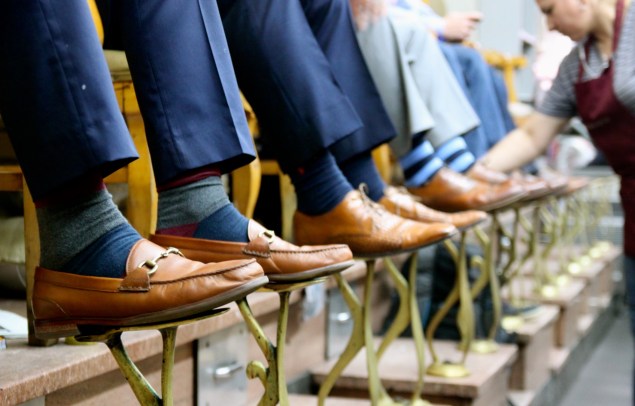 Despite the fact that it’ll be closing on the 30th, the store was as busy as ever with customers looking for a shine during their lunch breaks. (Photo: Giulia Olsson/New York Observer)

#SaveNYC member Pam Dayton, who became involved in the movement when her favorite spot, Cafe Edison, closed last year, thinks the decreasing number of small businesses in the city contributes to a feeling of a lack of community.

“I’m seeing this happen all over the city,” she told the Observer. “There’s no regard for what’s needed. It seems to me that what’s happening is that unless someone loses something that’s personal to them, they don’t get involved. It’s very isolating. People don’t want to get involved, unless it hits them.” 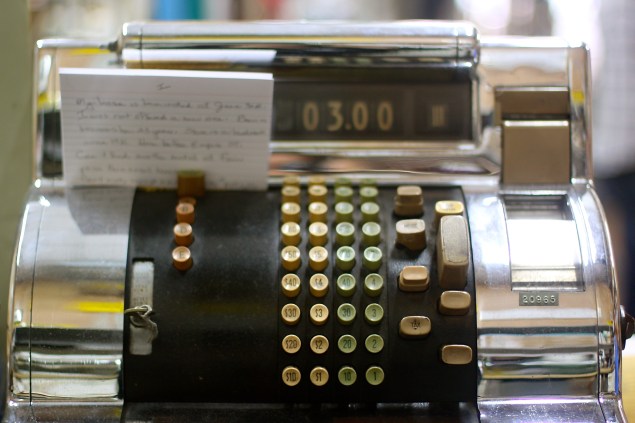 Owner Beatrice Barbieri has worked at the shop since 1992, but today was the first time she had to write down notes on why her shop is set to close. (Photo: Giulia Olsson/New York Observer)

Julio Galvis, one of the shop’s cobblers, doesn’t know where to head next. After 27 years there, Mr. Galvis said he’s built trusting relationships with this customers, but the end of the shop brings a cloud of uncertainty into his future.

Ms. Barbieri might be discouraged by the loss of her shop, but she stands by the belief that, like all other small businesses around town, Louis Shoe Rebuilders is important, and New York will be at a loss without it.

“Without small businesses, New York will not survive,” she said. “We’re just as important as the big guy.” 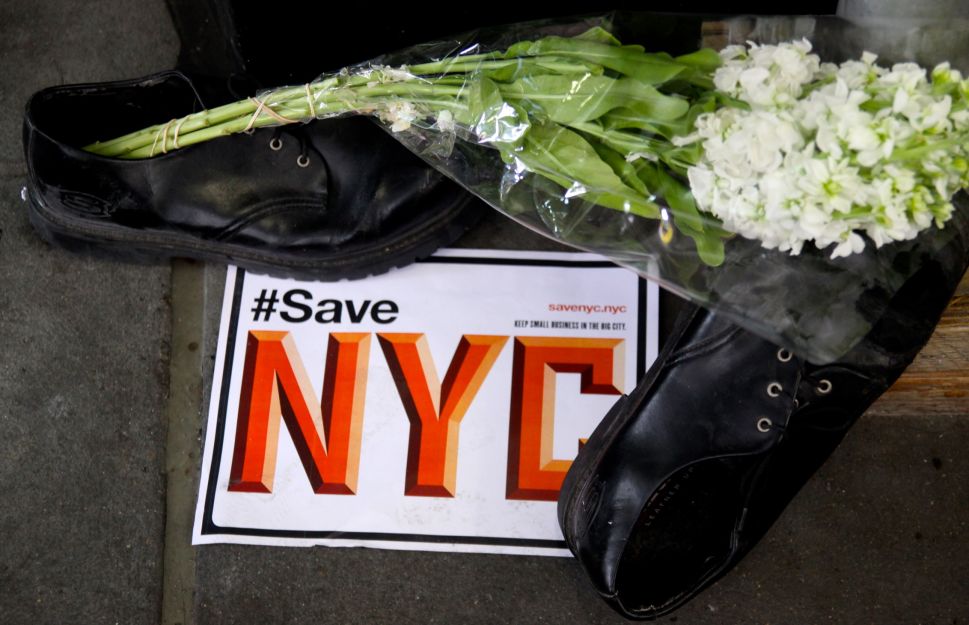