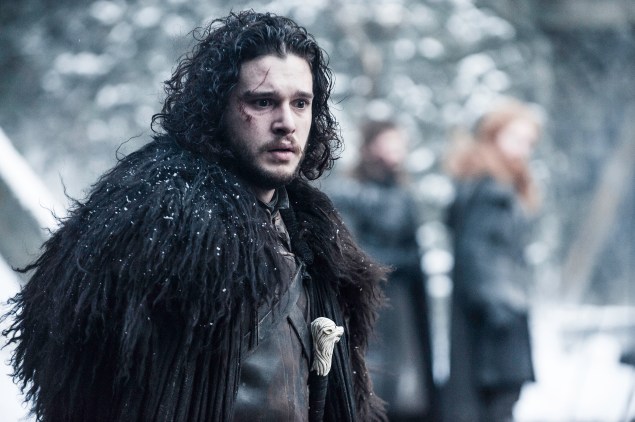 David Nutter was there for the deaths of both Robb Stark and Jon Snow. And yes, the long-time television director says, Jon Snow is definitely dead.

Mr. Nutter’s tenure on Game of Thrones stretches back to season two, when he helmed “The Old Gods and the New.” He then had the audacious task of putting the Red Wedding –and the deaths of Robb and Catelyn Stark –to film in “The Rains of Castamere.” The director’s latest, last night’s fifth season finale “Mother’s Mercy,” was sort of a death-for-all that ranged from a poisoned princess to Stannis Baratheon’s last stand (or sit) to some vengeance-tinged eye-gouging. To top it all off, the last image we got from Season Five is Jon Snow, favorite of fans and Tumblrs alike, lying in the snow underneath The Wall, blood pooling behind him, after the betrayal of those he called brothers.

The Observer chatted with Mr. Nutter to discuss Jon Snow’s death, Cersei’s Walk of Shame, and how framing the finale differed from last week’s burning of Shireen (oh yeah, Mr. Nutter got that horrific job, too).

Observer: So first Robb, now Jon. Are people upset that you just keep offing all the Stark children?

David Nutter: I don’t know, I might end up getting the Game of Thrones nickname Nutter the Impaler or something like that.  I’m just fortunate that I get these amazing scripts and read what they tell me to do, and off I go to do my business.

I thought the scene in Braavos with Arya, where she calmly and slowly slit Meryn Trant’s throat, was kind of reminiscent of her mother Catelyn Stark’s death in “The Rains of Castamere.” Was that on purpose?

It definitely reminded me of that setting and that event, the Red Wedding. In blocking out the entire sequence, we sort of go from point A to point B to Point C to E, whatever, you chart your course through the sequence. And in their physical positioning, it felt very similar to [Catelyn’s death], and in some respect was something I did not shy away from, and wanted to have a call back to the death of her mother, which was such a terrible, awful thing. It was kind of a small vengeance on Arya’s part.

This episode was filled with moments where the camera didn’t shy away from the violence, as opposed to last week when we got mostly reactions to Shireen’s burning. How do you make a decision like that?

Well, some of that ended up being a real team effort. It’s stuff that in the preparation of the sequence with [showrunners David Benioff and Dan Weiss] we decide how to approach that sequence or what intent we want to bring to that scene.

Then in the shooting of it, it’s a situation where I go to my inner storytelling and figure out the best way to shoot something, or how to sell a sequence in the most dramatic fashion. What’s the best way to tell that story? It’s really a situation as to what’s appropriate, and what’s important to sell for that particular scene. It’s not a black and white answer, it is of course very grey in terms of where the show is going. You put together a symphony of emotions when you’re telling a story, it’s figuring which sound the key is.

You have already said Jon is definitely dead at the end of “Mother’s Mercy.” Did you take any measures in shooting that scene to sort of quell the theories and say “yes, Jon is dead.”

I think that, to me, one of the most definitive things is not even a visual but a sound element. When Jon turns around after seeing the traitor sign, and the first Night’s Watch member stabs him you can hear the blade going into Jon’s insides, and it’s just hearing that sound so strongly before he even mentions “For the Watch.” And then each proceeding stab is quite loud and quite violent. I thought that was something that came out beautifully in post production.

Was there any significance to that final shot, where you held on Jon’s face for so long as the blood pooled behind him?

What’s very interesting to my own self as an audience member, I actually was in a room with some viewers and a woman began to cry at the sequence. And you can really feel her emotion of what was going on. Jon Snow is such an important character, you don’t want to give him the short shrift on his death. I thought it was important to stay with this character that has stayed with the audience for so long. It was important to linger as much as possible.

I also noticed a lot of simple close-ups on Stannis’ face throughout the episode.

It’s a situation in which there are some sequences in which the camera and what I do help move things forward. There are other situations where it’s my goal to stay out of the way, and let the actors do what they do so beautifully. So when you have such powerful sequences like this episode with Stannis, Stephan Dillane who is such an amazing actor, my goal is to let him do his thing, which is unparalleled.

On a much grander scale, what were the logistics of filming Cersei’s Walk of Shame?

Well we were shooting in the Walled City of Dubrovnik, and that’s an area tourists travel through constantly. We had to close off so many sections of the city to do this. We had so many background extras to help make this feel as real as possible.

What was important to me was to sit down and scope it all out, so you could get the depth of Cersei going down to the Flea Bottom part, to the depths and the sewers of that world, then sort of climbing herself out to the Red Keep. That was important, that it was in a sense a journey that needed to be graphically demonstrated so people understood where she was going.

It was really important to just walk the walk with Lena, and let her know where Cersei would be emotionally throughout the walk.

Are you a Game of Thrones book reader?

No, directing this series it was important to let the scripts be my Bible. That needs to be my one source for all my creative thinking.

Is it interesting then to you, as someone who hasn’t read the books, all the talk of the show diverging from the novels? Or is that not even on your radar?

I don’t concern myself with it at all. I think George RR Martin is a genius. I think David Benioff and Dan Weiss are tremendous storytellers, and I trust everything that they write. I trust where they are headed with the series. It’s something I have no issues with, with respect to what’s in the books and what’s not in the books.

What’s the process like, as a TV director, to work with showrunners? How do you get your vision across in an episode while still fitting into their overall game plan?

My goal is to hopefully take what is on the page, and bring it to the level the writer intended. I have no preconceived notions of how I want to shoot a scene, or “this is my style,” I just feel strongly that the script itself drive me to visualize what I’ve read.

Something like Game of Thrones, working with Dan and David and even the producers Bernie Caulfield and Chris Newman and Frank Doelger, they allow me to do what I feel I’m good at, which is bring my sensibilities and my tones to the show. It’s also important that I spend time with David and Dan with respect to this huge project, and really dig out as much as I can. My hope is to get ‘What is your intent in this sequence? What isn’t written that I want to grab on to?’ Game of Thrones is the best experience working on a show, where they really do respect the directors.

Is there any word on you returning for season six?

I actually had a little knee replacement after not dealing with my knee for many years, and I would never want to be in charge of an episode of Game of Thrones half-hearted. I’d want to be 1000% for that show, so season six I’ll be recouping. If they ask me back for season seven, which I hope dearly they do, I’ll be back.

Maybe if they have to kill off more Stark boys. 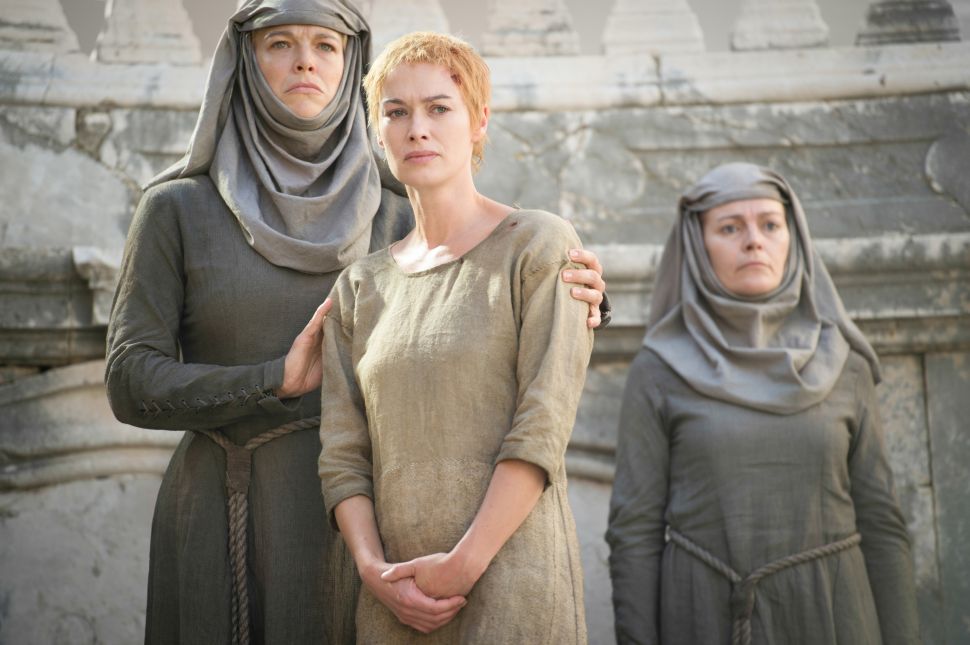