This Sunday marks the fifth season finale of Game of Thrones, a season that has already been filled with its fair share of shocking moments. Therefore, it’s only natural that fans are awash in questions and theories as to what could possibly have occurred once ‘Mother’s Mercy’ comes to a close. Where did Dany fly off to on the back of Drogon? What is the aftermath of Shireen’s brutal burning? Will Olly kill Jon? Will Sansa kill Ramsay? Will Brienne do…anything? These questions are all well and good, and make perfect sense. But everyone seems to be ignoring the big question at hand here.

Did the Night’s King murder Batman’s parents, or what?

Now, some of you may be thinking that question has no basis in history, fact, or even common sense. And I understand that. But bear with me for a second. Let’s take a look at the guy who shot Martha and Thomas Wayne in an alleyway of Gotham City. 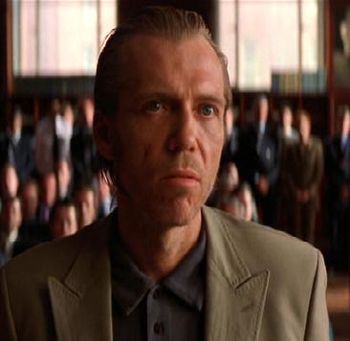 Okay, and let’s take a look at the Night’s King, before he sold his soul to the cold and became the dead-raising leader of the White Walkers. 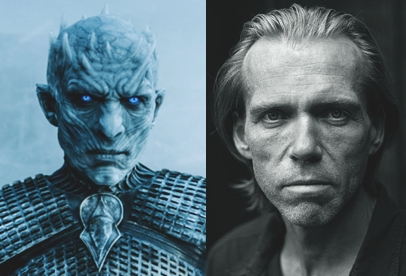 Oh, turns out they’re the same person. But how is that even possible?

To answer that, let’s take a look at the history of the Night’s King. Originally, he was the thirteenth Lord Commander of the Night’s Watch (for comparison, Jon Snow is the 998th). All was peachy with that until this dude fell in love with a woman “with skin as white as the moon and eyes like blue stars.” This lord commander kind of sold his soul to this lady and kind of became an unspeakably cruel monster and kind of holed himself up in the Nightfort, declared himself King and terrorized…well terrorized everyone until Brandon “the Breaker” Stark and Joramun, a King-Beyond-the-Wall before it was cool, brought him down.

Okay, but before all that mess he had to come to the Night’s Watch. And what reason have we seen people join up with the Night’s Watch than running away from something they’ve done elsewhere? In most tellings, the man that killed Bruce Wayne’s parents was a young nobody, to drive home the randomness of crime. Who is to say that this petty pearl thief didn’t run from Gotham City to the Wall, looking to fix his past and atone for his crimes? Oh, by the way, the name of this guy who would one day become the embodiment of all things cold, icy, and freezing? Joe Chill. Joe. Fucking. Chill.

But Vinnie, you may say, surely you aren’t insinuating that Gotham City is in the Game of Thrones universe. There are maps and everything. Of course I’m not. That’s ridiculous. 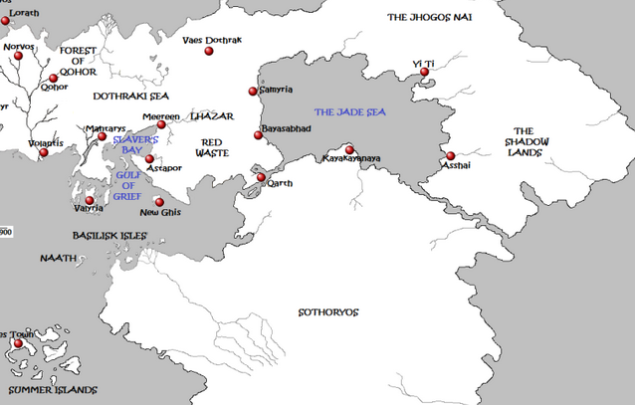 You’re looking at the rarely-spoken of, vastly uncharted fourth continent of Game of Thrones, Sothoryos. It’s seriously only mentioned in all five Song of Ice and Fire books like, seven times. It’s mentioned so little, in fact, that George RR Martin can’t even decide how he wants to spell it.

What is known about Sothoryos is that it’s both plague-ridden and filled with colorful, but terrifying beasts. Plagues include Green Fever, Red Death, greyscale, and Sailor’s Bane. The creatures are said to include massive crocodiles and gigantic apes.

The name Gotham City, as some may know, is based on the small English village Gotham, Nottinghamshire, whose townspeople were famously christened the “fools of Gotham” by King John, because it appeared to him the town was made up of idiots. If we break down the name Sothoryos, into two root words, Sottus (fool) and Horarius (a breviary, or compendium), you get “a compendium of fools.” Whaaaaaat.

So yes, I am saying that thousands of years before the events of Game of Thrones, Gotham was located to the South of Westeros.

But what does it all matter? Well, it matters lots. The Night’s King killing Bruce Wayne’s parents started a bat-erfly effect that rippled across all of Game of Thrones. First of all, if the Night’s King hadn’t murdered Bruce Wayne’s parents, there’d be no Batman. And without Batman, we’d have no Joffrey. Here’s footage of Batman lending hope, inspiration, and gadgetry to a young Lann the Clever, the man who duped Casterly Rock away from it’s previous owners, and from which all Lannisters are descendants.

The resemblance to his distant offspring Joffrey Baratheon is uncanny, but the demeanor couldn’t be more different.

Also, if it weren’t for Batman, there wouldn’t have been any Mutiny at Craster’s Keep, and Jeor Mormont would still be alive. As we all know, that whole disaster was instigated by Karl, that dude with the knives and the creepy face. Let’s take a look at this video of a distant relative of Karl’s being sentenced to exile by The Scarecrow, who would not even be a thing if it wasn’t for Batman.

Yeah, he falls through the ice but we don’t see him die. Hundreds of years later, Karl shows up at the Night’s Watch with a grudge against cold weather and people with the word Crow in their nicknames. Also, the last we see of Karl’s relative up there is taking a walk of punishment. First time we see Karl is in Game of Thrones season 3, episode 3, titled WALK OF PUNISHMENT.

(At this point, some of you out there probably think this dude is related to Petyr Baelish. But that dude fell out of an airplane. That dude is dead.)

Talking about relatives and descendants is all well and good, but here’s the big one. As recorded in the footage of the Dark Knight Rises, the continent of Sothoryos, AKA Gotham City, was temporarily overtaken by the usurper Bane, who used a nuclear bomb as a threat. At this point, the Night’s King is over in Westeros, all ice-ified and soulless, probably North of the Wall making evil babies and zombies. Batman, after a brief sojourn in an underground pit, returned to Gotham. He attached Bane’s nuclear bomb to his plane and flew it miles out over the ocean, where it exploded harmlessly. All was well.

Let’s take another look at that map of Sothoryos, but this time zoom and enhance. 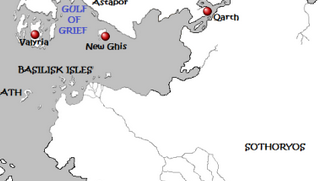 Now, some of you might be thinking, wait, none of this is true because most of the events you’re describing are hundreds, if not thousands of years apart and no one’s age matches up at all. To that I say: fair. But let me hand this one over to my boy Maester Yandal, in Chapter 3, Section 1, Paragraph 1 of The World of Ice and Fire.

“Yet what we truly know of those ancient days is hardly more than we know of the Dawn Age. The tales we have now are the work of septons and maesters writing thousands of years after the fact.”

Basically, we’re relying on the “facts” of people who not only weren’t alive during that period, but currently spend most of their time being terrified of murder, rape, and dragon-fire. Let’s not get too caught up in the “facts.”

Where are they now: The Night’s King, as we all saw in “Hardhome,” is still doing his thing, and still has a grudge against young men with unfortunate parental situations and a love for brooding and the color black.

The figure of the Batman itself, about a week after the Doom of Valyria, suddenly started acting like a police officer with zero ninja-assassin training wearing a Batsuit three sizes too large. He was killed immediately.

As for Bruce Wayne? Well, there are three options. Some say he died in the Doom of Valyria. Some say he’s still in Sothoryos, living peacefully undercover. And then, some say he went to live in Dorne with Anne Hathaway.

We may never truly know. 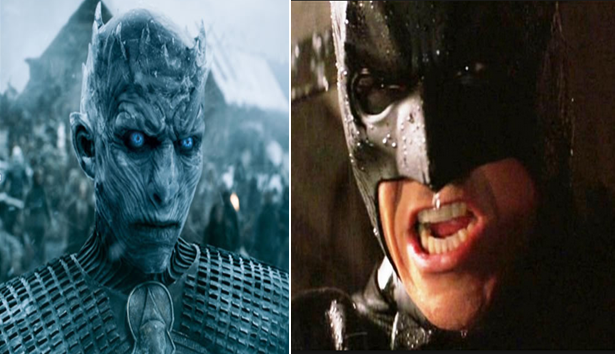