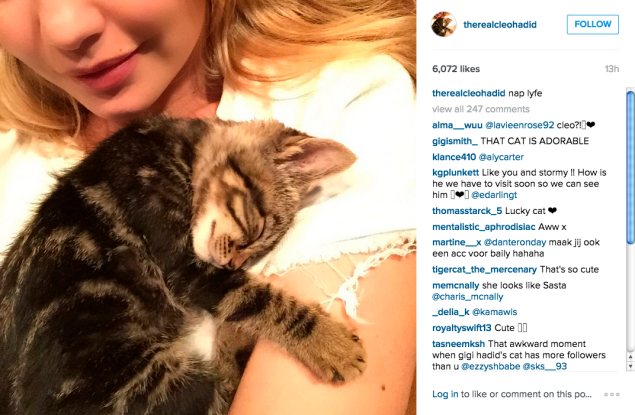 Gigi Hadid has millions of Instagram followers, all flocking to her page to see her frolicking at a Formula 1 race or chilling with Kendall Jenner. So it should come as no surprise that the newest addition to Ms. Hadid’s family—despite, well, not being human—is also a rising Instagram star.

In a photo shared over the weekend, Ms. Hadid announced she had adopted a kitten, Cleo. “Last week she was found in a car engine, and today I adopted her,” the model wrote under the photo. “Meet Cleo.”

Last week she was found in a car engine, and today I adopted her. Meet Cleo. ❤️

It wasn’t long before the adorable Cleo procured her own Instagram account, @therealcleohadid—presumably with some help from her owner. Within a day, the account has already garnered over 11.6K followers, and counting.

My hobbies include hanging out with @gigihadid and sleeping. 🐾

We greatly appreciate Ms. Hadid’s efforts to make it seem as though Cleo is truly talking to her loyal fans.

Me posting on Insta. Mom just holds the phone.

Ms. Hadid’s mom, Real Housewives star Yolanda Foster, took to Instagram to share her love for Cleo, as well as a link to the budding Instagram star’s page. 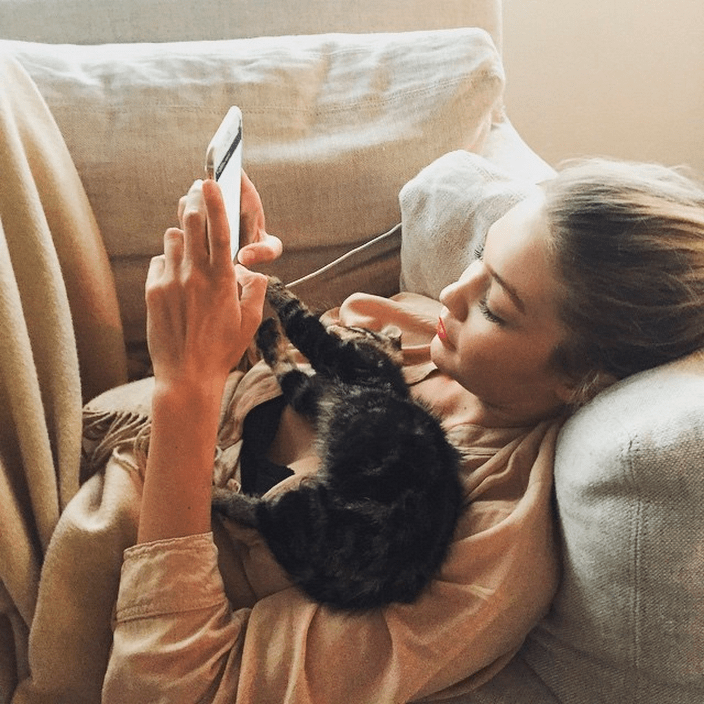