Several years ago, we lamented the saddest move in the world when Isabella Rossellini sold off her Manhattan land holdings and decamped to the quaint Long Island town of Bellport.

For so alluringly eccentric a woman, the new pad looks a little, well, bland. The Element, as 555 West 59th is known, appears to number among the less distinctive of glassy Midtown condo towers. Even the sellers’ best attempts at jazzing the apartment up—the unit belonged to Jane and Leo Hruska, an accessories designer and clinical psychologist—with Andy Warhol-style Buddha prints and fuzzy purple pillows failed to add much pizzazz to the place.

Ms. Rossellini’s daughter, at least, who bought a $2.2 million townhouse in Fort Greene this past September, has mastered highly atmospheric housing. Then again, we doubt the elder Ms. Rossellini has no need of real estate to create atmosphere.

That said, Ms. Rossellini’s condo has quite a few things going for it. The floor-to-ceiling windows, for example, that offer rather impressive views of the city, the 9-and-a-half-foot ceilings, the large private(!) terrace. And the apartment, according to the listing with Douglas Elliman’s Susan Yosook Kim, has “designer finishes throughout” that are “second to none.” The kitchen, at least, with its imported custom Italian cabinetry, may have appealed to an actress of the same heritage.

Ms. Rossellini, meanwhile, no stranger to the New York real estate market, managed to shave a nice sliver off the $1.32 million asking price. 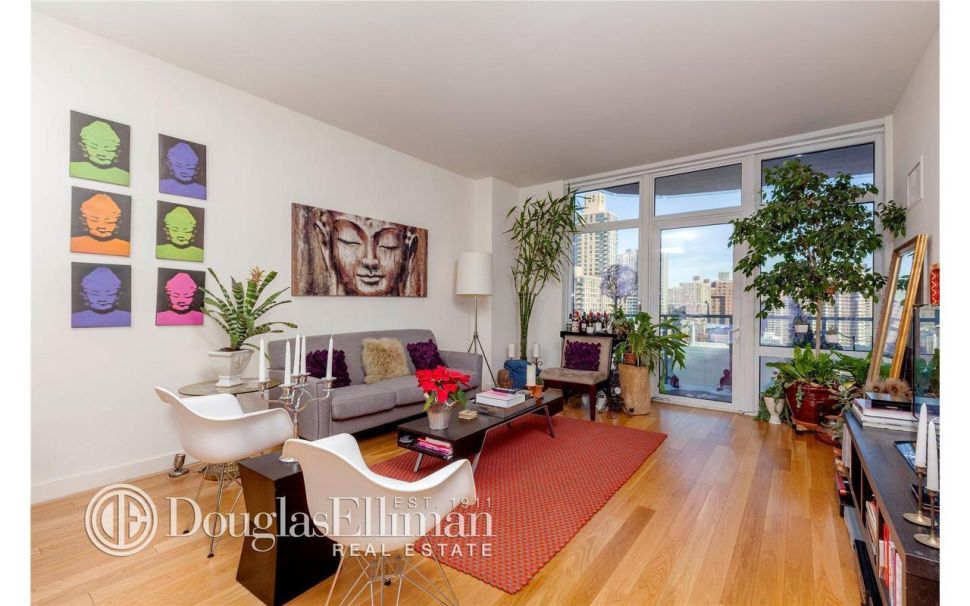