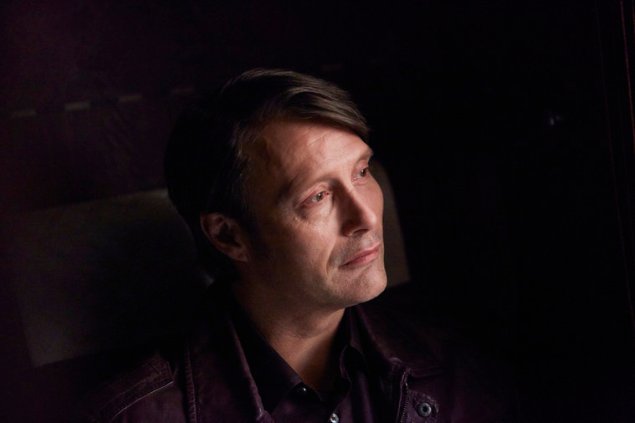 The doctor is in. (Photo: Sophie Giraud/NBC)

It’s season three of Hannibal and you know what that means! More gorgeous cooking scenes! More wry double entendres where Hannibal Lecter basically informs his dinner guests that they are dining on human flesh! More dream sequences where Will Graham sees a stag looming ominously into frame! More opportunities to wonder how the fuck Hannibal has the time to murder people, arrange the bodies into artful and sometimes gravity-defying displays, clean up the evidence, and stay three steps ahead of the FBI without staining any of his gorgeously patterned suits! Seriously, when does this guy fucking sleep? He can’t be getting much now that he and his former therapist Bedelia Du Maurier are on the run in Europe, living under assumed identities. centered around Hannibal masquerading as an academic.

Before we get to Hannibal and Bedelia, you’re probably wondering who survived that bloodbath of a dinner party that closed out season two. Well, you can keep wondering, hoss. Sure, the promo artwork for the season suggests that Will, Alana Bloom, and Jack Crawford survived the carnage, which is impressive given that Jack was literally stabbed in the neck, Hannibal sliced right through Will’s guts and Alana got tossed out of a second story window onto concrete by Abigail Hobbs, of all people. Things don’t bode well for Abigail given that Hannibal cut her throat.

In the episode titled “Antipasto,” the only thing we do know is that Hannibal sought refuge at Bedelia’s apartment and emerged from her shower (hello, Mads Mikkelsen’s glistening torso!) to find himself confronted with Bedelia whose hands were filled with both a gun and a tumbler of brandy. From that point on she has assumed the identity of Hannibal’s elegant wife and her relation to him walks the line between captive and accomplice. Her fear and anxiety are palpable when she eyes the blood drip from the nostril of a dead rabbit hanging in the butcher shop and wonders when she’ll be hanging limp, waiting for her pretend husband to carve and saute her. The color visibly drained from her face when squirrely dinner guest and wannabe poet Anthony Dimmond pointed out that the meal Hannibal cooked for her was typically served to livestock by the Romans to make the meat taste better. She can’t bank on the fact that Hannibal will never kill her on a whim, yet as she’s staring at the open train doors, and looking Carmen San Diego-fabulous in her matching blue widebrimmed hat and trench coat combo, she can’t quite bring herself to leave.

To paraphrase Bedelia, any day where she feels like she is control of her actions is a good day. And with that, she gets into a bathtub and sinks within its bottomless depths, losing herself to Hannibal’s increasing control.

On a side note, I have to wonder if the bottomless bathtub effect was at least partially inspired by the scene in the original Nightmare on Elm Street where Nancy falls asleep in the tub.

We get a peek into the Bedelia and Hannibal’s history when we see the often talked about corpse (played by Zachary Quinto!) of the patient who attacked her and Hannibal arriving to help her clean up the mess. And with that we’re left with lingering questions that will likely be answered as the season unfolds as to whether the attack was engineered by Hannibal himself or if Bedelia’s recourse was truly self-defence or something a bit more premeditated, as engineered by her now pretend husband.

As for Hannibal himself, when we meet back up with him, he’s effortlessly maneuvering through Paris traffic on his motorcycle and looking more like a shaggy bassist from Franz Ferdinand than a meticulously tailored psychiatrist. However, tonight, Hannibal is trying to be noticed. He’s stalking prey, namely Dr. Roman Fell, an academic appointed to a plum curator position at the Palazzo Capponi museum in Florence. However, while tracking Dr. Fell at a party with his cold reptile eyes, he catches the attention of Dimmond, the jealous former TA of Dr. Fell. Unfortunately, approaching Hannibal to begin a conversation is the worst mistake this wiley aspiring grifter ever made as evidenced by the fact that he doesn’t make it out of the episode alive. Neither does Dr. Fell, as he is killed off screen and then cooked in an eerily soothing scene where a large pat of butter glides across the frying pan and his liver is fried while opera plays in the background.

It’s not enough to simply get rid of Dr. Fell in order to assume his identity, but he must consume him entirely, and presumably, the wife who had the misfortune of walking in on Hannibal enjoying her husband with a glass of wine.

The major hurdle to achieving the appointment at the museum is the snide Professor Sogliato, who makes the major misstep of haughtily dismissing Hannibal’s academic chops, knowledge of Dante, and command of the Italian language right to his face. Even though the diminutive Sogliato manages to survive the episode, we can all agree the guy signed his own death warrant by behaving like the snobby headmaster from an 80s teen sex comedy. If we’ve learned anything from past seasons, even a predatory psychopath with a taste for human flesh won’t abide bad manners. It’s not a question of when he’ll die, it’s a question of whether he’ll be served with red or white. Of course, Sogliato’s skepticism means we get to see Hannibal give a presentation to the museum’s academics on Dante’s Inferno that includes Bedelia turning several shades of green while being subjected to slides of old wood carvings depicting images of Judas Iscariot hanging from a tree.  We’re treated to an arresting image of a rendering of Lucifer projected over Hannibal’s face. It’s not by any means subtle, but God, is it arresting. It was maybe a little too much for Bedelia who booked it the hell out of the lecture and almost made it out of the apartment she shares with Hannibal before he returned home with Dimmond, who discovered that Hannibal was playing the role of his former, recently vanished professor and mistakenly thought he could make Hannibal buy his silence. It’s always sad whenever anyone thinks they are in a position of manipulating or outsmarting Hannibal. They’re basically asking to be marinated. Or in Dimmond’s case, they are asking to be splayed into the formation of a giant human heart and left in the middle of a church.

In this case, Dimmond shows up for a second dinner and ends up having a small bust cracked over his skull before having his neck expertly snapped by Hannibal. It’s in this moment that the stunned Bedelia must choose is she is a captive or an accomplice, or as Hannibal puts it, an “observer” or a “participant.” At this point, against her own better judgment, she’s leaning towards “participant.”

Considering that later in the season addresses the Red Dragon storyline, we know that Hannibal gets caught. Bedelia tells him as much, commenting that his capture has already “been set into motion.” Dr. Gideon remarks as much as well in Hannibal’s black and white dream sequences/flashbacks where Hannibal Gideon pieces of his rival’s own body while they are having My Dinner with Andre-style banter over the nature of morality. The precise and surgical control Hannibal has always exercised is starting to unravel and it’s exciting to see how his downfall eventually unfolds. Plus, we get to marvel at some amazing old world architecture in the process. 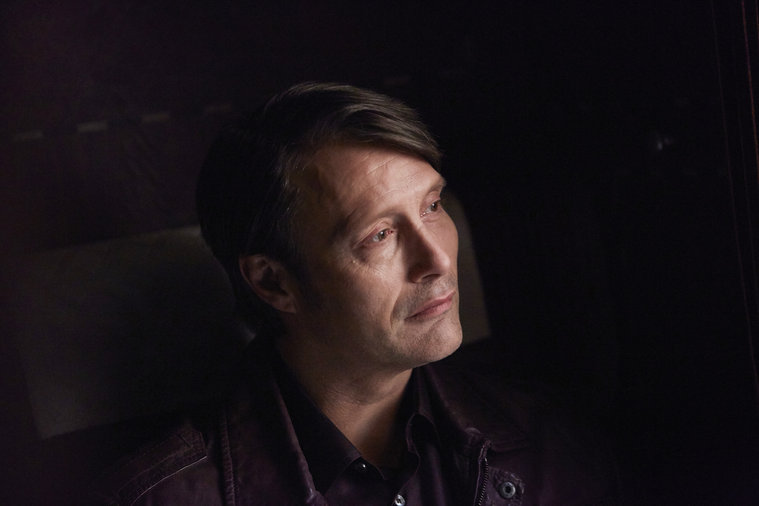