For all the fun and freedom that college life affords, sometimes, inevitably, students miss out on goings on at home: Mom’s birthday party; Easter brunch; a family vacation that lines up nicely with a younger sibling’s spring break, but which just happens to overlap with a chemistry exam.

Things must have been tough indeed for Chloe Richards, whose parents, Bruce, a founder of the $12.5 billion hedge fund Marathon Asset Management, and Avis, a documentary filmmaker, closed on a $19.7 million condo at 15 Central Park West just a few months before she headed off to start freshman year at the University of Maryland. Why, there must have been scarcely time enough to take a dip in the building’s estimable aquatic facilities!

But we have to imagine that there’s some consolation in the three-bedroom pad that young Ms. Richards just acquired at 500 West 21st Street for $8.6 million, according to city records. (Since graduating from college in 2012, Ms. Richards has worked as a television assistant and then in digital media at William Morris Endeavor. A penny saved really is a penny earned!)

A “sun-drenched floor-through,” according to Corcoran’s listing for the sponsor unit, the 3,150 square-foot apartment looks west onto the High Line and a private garden (“sustainable…ecological and contextually sensitive,” naturally), and takes in the handsome red brick facade of the General Theological Seminary to the east. A brand spanking new construction designed by Kohn Pedersen Fox, 500W21, as it is known, rises to eight stories at its highest point—containing just 32 residences in all—and consists of a grid of oversized casement-style windows, set in narrow bands of limestone facade. The effect is decidedly more Tamarkin than Candela, but then this is West Chelsea, not Central Park West, and the condo features a living room that soars to13.6 feet, a 30-foot entry gallery and marble in all the right places.

The only question seems to be: will Ms. Richards’s little brother get his own place in a few years, or should she keep a guest room on layaway? 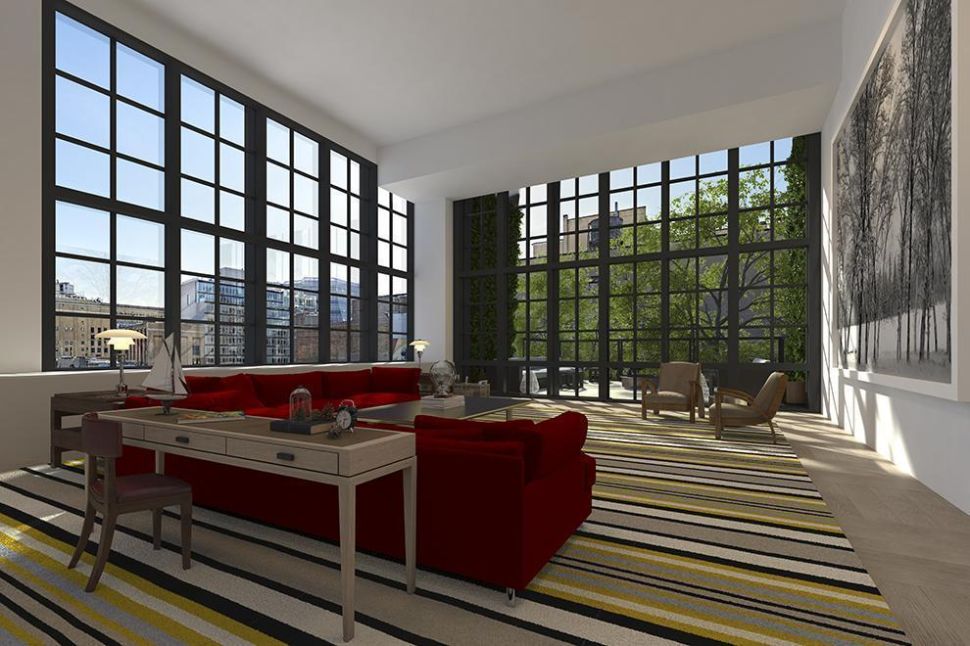