One of the biggest debates surrounding the new music economy centers around the idea that “music has no inherent value.” It’s the kind of assertion that lead Steve Albini to proclaim recently that “copyright has expired.” It is the undercurrent that fuels a lot of the math surrounding what a stream should be worth. Like any such calculation, the ancient parameters exist: How plentiful is it? What is the demand for it? How hard is it to acquire? It’s Econ 101 stuff, and to be sure, in the streaming economy, those variables have been shaken up.

How plentiful is it? Super-plentiful. The Internet is clogged with it. Good, bad, ugly — remixes and parodies and cover versions and jingles from your childhood. On top of that, for the first time, all of recorded music is available to a consumer at once. That’s a huge drain on value, right?

What is the demand for it? Interesting: demand is up. Data is also finding what fans have always known, which is that there are thriving scenes that fly “under the radar.” (Separate debate: What is “the radar,” exactly? Point is, demand is up, and it’s broad.)

How hard is it to acquire? From both producer and consumer standpoints, it’s easier than ever. Hit songs have been created on GarageBand, and others have used pre-cleared Apple drum loops; on the other end of the earbuds, a vast majority of people can’t tell the difference between a WAV file and an MP3, making fidelity a nonstarter on a mass scale. (By the way, I don’t blame non-musicians for this. I’m sure I could be similarly shamed in front of unmarked bottles of $100 cabernet and Two-Buck Chuck.)

So what’s the value of music? Let’s take one possibility off the table: it’s not “zero,” because, as we know, there’s demand. I mean, the value of air is not zero, plentiful as it still is — it’s legally protected, and if you still insist that it has no inherent value, well, just have it taken from you. See? Value. Are there similar analogies that can be instructive within the streaming music space? Well, yes.

The other day I remembered Paul Auster’s 1995 film Smoke, which recounts the story of Sir Walter Raleigh wagering Queen Elizabeth that he could weigh the smoke that his cigar discharged

Paul Benjamin (played by William Hurt): I admit it’s strange. Almost like weighing someone’s soul. But Sir Walter was a clever guy. First, he took an unsmoked cigar and put it on a balance and weighed it. Then he lit up and smoked the cigar, carefully tapping the ashes into the balance pan. When he was finished, he put the butt into the pan along with the ashes and weighed what was there. Then he subtracted that number from the original weight of the unsmoked cigar. The difference was the weight of the smoke.

Clever enough that Queen Elizabeth paid up. And you know she didn’t have to.

The point: so-called “intangibles” are quantifiable if you just figure out how to weigh them. All Raleigh did is alter something’s parameters, and then subtract the difference from the original. Using this same logic, Raleigh could just as easily have been determining value, or any number of other qualities of that same cigar.

Cigar could be “any cigar,” and Spotify could be “any streaming service.” Regardless, we must first establish the entity we’re talking about. Done.

Both values will fluctuate, obviously, but Cigar Aficionado thinks the Oliva Serie V Melanio Figurado is a good one, and it’ll run you about $120 for a box of ten.

So, what would you pay for a smoked cigar butt and a pile of ash? No judgments. Just subtract that number from the retail value. Tada.

And what would you pay for, say, Spotify, if it had no access to music?

$8.7 billion minus [however you answered the question] = the value of music

That’s present value of one service. Remember, that value jumped $3 billion in three months. Regardless where the number goes, the equation will hold, just as it still holds for Sir Walter Raleigh and his cigars over 400 years later.

How would I know this, or be able to back it up? Well, partially because, once upon a time, I was the editor of Spiralfrog, a “free, ad-supported music download service” looking to “kill piracy” with major label licenses, a ping pong table in the postmodern common space, and a luscious view of the Hudson River, and I can tell you: Watching a music service dissemble into a fire sale of its servers, domain name, and laptops looks a lot like Sir Walter Raleigh’s cigar ash on the other side of the scale.

So, when someone tells you music has no value, drop some math.

Let me know how it goes, and please hit recommend to share with others who are trying to answer the same question.

This piece was originally published on Cuepoint/Medium. 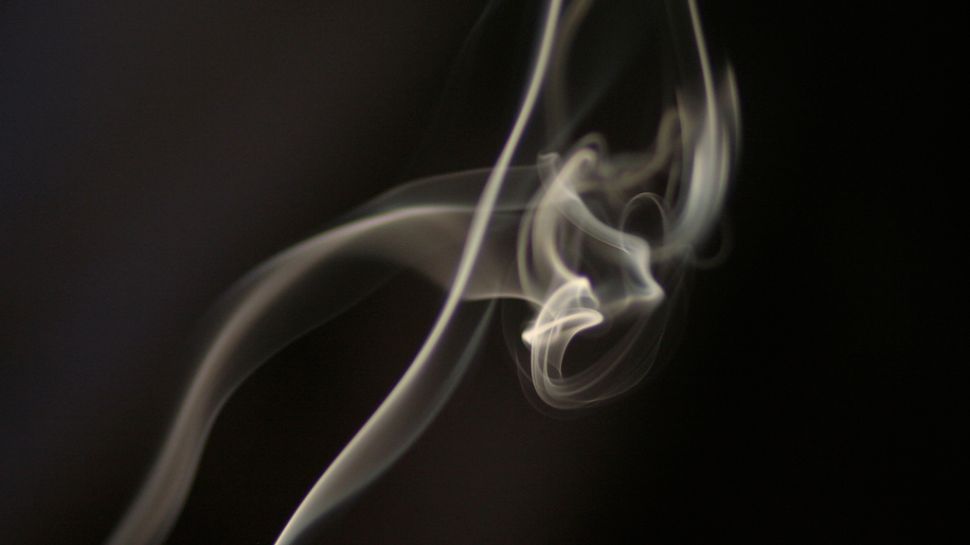