When elected officials and advocates cut a ribbon to re-open the High Bridge today—the glorious bridge and aqueduct built almost 175 years ago—it capped off a project more than a decade in the making, and one that might not have happened without the leadership of many, primarily former Mayor Michael Bloomberg.

First a little history: Built in the form and function of a Roman aqueduct, the High Bridge was part of the most important civil engineering project in New York City’s history—the creation of the Croton Aqueduct, which supplied a growing city with safe to drink, bathe in, cook with, flush toilets, operate businesses, and fight fires. Previously, the City was prone to deadly outbreaks of disease from contaminated and disastrous fires.

For decades, the flowed to the city from the dammed Croton River and eventually across the bridge, built high enough to allow ships to sail under it, hence the name, the “High Bridge.” In its heyday, the bridge featured a pedestrian walkway across the Harlem River, where visitors could stroll and admire the views to mid-Manhattan and up to the northern Bronx.

As New York City’s decay accelerated 1960s and ’70s, the High Bridge, like so many of our historical treasures, was allowed to deteriorate, and was closed in 1970. The bridge became another symbol of blight and of New York City’s decline.

But some neighbors cared, and advocated for the City to do something to restore the magnificent bridge.  Soon the cause was taken up by local groups convened by the City Parks Foundation (CPF) —directed by the foundation’s passionate leader David Rivel—and encouraged by the Daily News editorial board. The Giuliani Administration began some inspections and scoping in the late 1990s to see if a project was feasible and when I became Parks Commissioner in 2002, and I asked my staff to work with the local community and City Parks Foundation and local elected officials.

The project received strong support from City Hall, especially by Mayor Bloomberg and Deputy Mayor Patti Harris, who had the vision to see an opportunity to restore one of our city’s lost treasures.  The Parks Department and CPF worked with the High Bridge Coalition—an organization of more than 50 groups, including the Friends of Highbridge Park, the New York Restoration Project and Transportation Alternatives–to restore and reopen the bridge.

We began with modest steps, using about $4 million in Federal and City funds to restore ramps and paths to the edges of the bridge, and Congressman Jose Serrano allocated $5 million to help restore the bridge.

Then in 2007, the most significant breakthrough occurred: Mayor Bloomberg announced the City would fully rehabilitate the High Bridge as part his groundbreaking new sustainability initiative, PlaNYC. The High Bridge would be one of eight regional parks funded for construction or restoration, all in underserved areas across the city, with $400 million allocated to those parks. The mayor allocated $50 million toward the High Bridge project, and for the first time the project had the funding and a rock-solid commitment to be rebuilt.

The High Bridge also represents a larger commitment of the Bloomberg Administration:  working to give a rebirth to areas of the city that were once symbols of urban decay and New York City’s decline, and transforming them into symbols of our city’s extraordinary renaissance—and giving them back to the local communities. The rebirth of McCarren Park Pool, Coney Island, the Bronx River, Kingsbridge Armory, Far Rockaway, Governors Island, Staten Island’s St. George Theater and many more are examples of this approach.

Mayor Bloomberg succinctly summed it up when he announced the High Bridge would be restored as a part of PlaNYC, stating the bridge was“a glaring symbol of a time when New York failed to preserve its historical treasures. It’s time to fix that.”

Completing the restoration wasn’t easy—diligent and dedicated public servants in the Parks Department, notably planner Ellen Macnow and North Manhattan Parks Administrator Jennifer Hoppa, and the engineers and architects in the City’s Department of Design & Construction made sure this enormously complex project was completed. The de Blasio Administration embraced the project and took the ongoing construction to the finish line.

So as the ribbon is cut, and New Yorkers celebrate this revitalized civic edifice, it is worth remembering the visionary men and women who first built it, as well as those who later advocated, planned, allocated money, designed and executed the construction to restore and reopen the High Bridge.

Adrian Benepe is Senior Vice President and Director of City Park Development for the Trust for Public Land. He served as NYC Commissioner of Parks & Recreation for 11 years under Mayor Bloomberg. 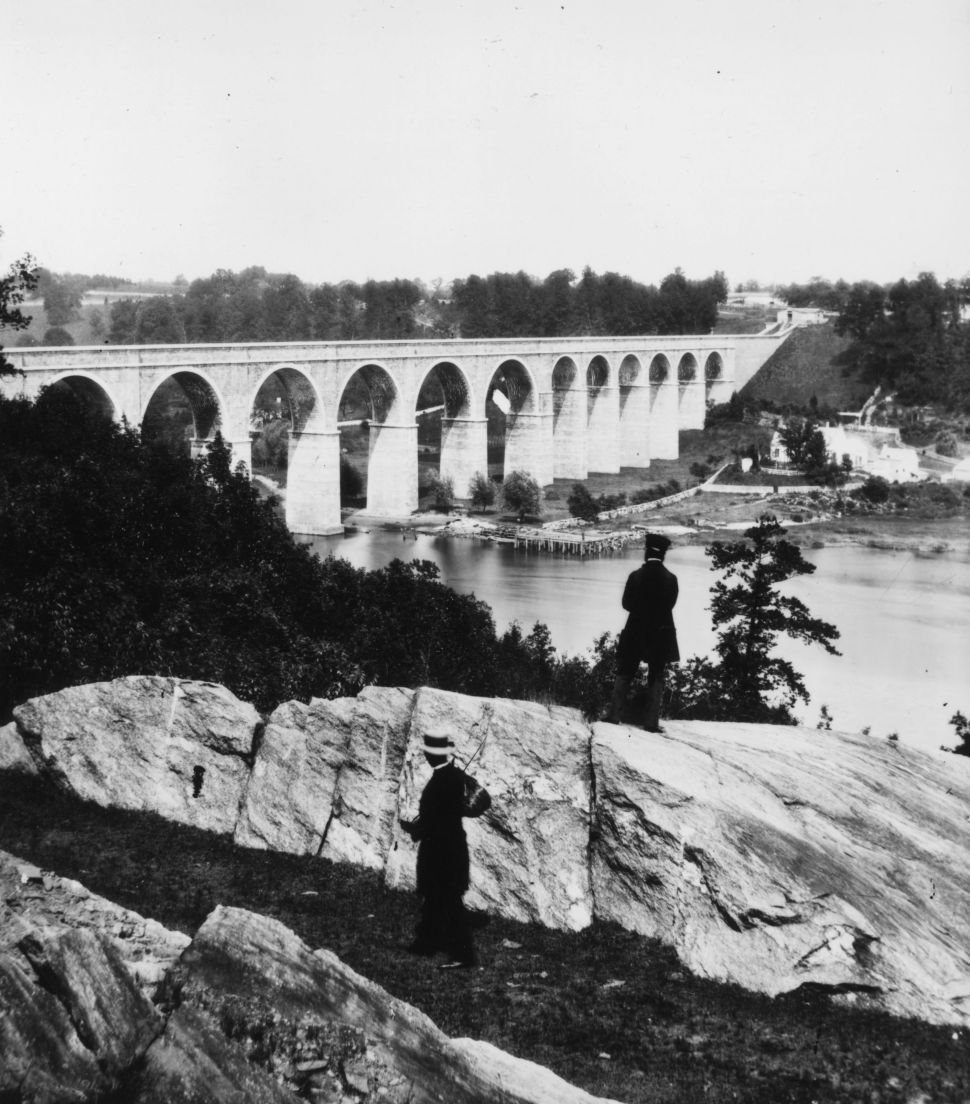