The media has recently been awash in stories about Rachel Dolezal, the white NAACP official who falsely represented herself as black. There have been thinkpieces categorizing this act as a harmful form of appropriation; asking how it’s different from Caitlyn Jenner; and reacting to the Caitlyn Jenner question as damaging to both transgender and black people. There have been articles about single tweets about Dolezal. There have been tweets responding to the articles about the tweets. A google search on her name brings up 20 million results.

In any news environment, Ms. Dolezal would have been a story. If you consider the tradition of black people passing as white, it’s a classic man-bites-dog. What’s specific to our time is that it was perceived as a political event; that serious political writers felt obliged to address what it means; for a week, the energies of the American left were focused on a stupid personal choice made by a non-entity in Spokane.

The primary reason for this is the increasing power of what have come to be known as “social justice warriors”– self-appointed crusaders in the battle for a more equal world. Because social justice types are disproportionately represented at media outlets and in the audience for political discourse, they also have a disproportionate impact on what is written, broadcast, and known. And for proponents of social justice, nothing is more important than rules of etiquette about identity – even when, as in the Dolezal case, those rules govern situations that almost never occur.

In order for a political movement to succeed, it must persuade people of the rightness of its cause.

As defined by this new breed of progressives, social justice is almost exclusively about gender, sexual orientation, and race. It’s not about economics. It’s not about labor law or voting rights or equality. It’s about issues you can understand with a third-grade education, but as considered by people with degrees from Oberlin and Vassar. It’s political activism for people who aren’t interested in politics.

Let me make it clear from the start that I support this movement’s basic goals. Furthermore, I’m optimistic enough to believe most Americans do. Few of us wish to perpetuate racism or sexism. Even homophobia is becoming a perquisite of the lunatic fringe. While there are still outspoken bigots, their pronouncements are considered ugly by the majority of people. So you would think social justice warriors would be winning a series of easy battles. But this is a mainstream movement engaged in a desperate struggle to be marginalized.

We can see this, above all, from their tactics. In order for a political movement to succeed, it must persuade people of the rightness of its cause. When people are persuaded, it should seek to enlist them to spread the word. That’s not just basic political strategy, it’s common sense.

But social justice warriors will actually work to silence their own supporters. This is related to the concept of “allies.” According to this terminology, a white person who wants to campaign against racism, a man who identifies as a feminist, or a cis person who cares about transgender rights, are all allies. The word is innocuous, but the way it’s employed is not. Put simply, the word “ally” is only used to tell people how they’re doing it wrong.

The primary mistake allies make is saying anything. By speaking, an ally is appropriating others’ voices, or telling them what they should feel. An ally who expresses an opinion automatically becomes a usurper. It doesn’t matter what the opinion is. It’s the act that counts, and the act is considered an expression of male/white/cis/hetero privilege. Allies can even be vilified for posting videos from media sources or repeating other people’s stories. I recently encountered a (self-identified) white woman who wrote 10 tweets in a row insisting that white people shouldn’t talk about black issues. This, perhaps, is what it means to be a good ally.

Leaving aside the philosophical justifications for this attitude, it’s a phenomenally bone-headed political strategy. Here we have activists insisting their message should not be amplified by other voices. As Amber Frost, writing for The Baffler, noted of a panel on “Appropriation of Climate Justice and Intersectionality”: “One would assume that in any intelligible scheme of political success, the mass “appropriation” of their ideas/consciousness/jargon/acronyms would be the ultimate goal of these “intersectional environmentalist” pioneers. But when you substitute po-mo politics for your personality, ‘Mooooooom, he’s cooooooopying meeeee’ quickly becomes a new standard of oppression.”

The picture becomes even worse when social justice warriors confront people outside their ranks – the very people who must be persuaded if a campaign is to succeed. These outsiders are treated with derision and hatred. Requests for information are met with, “I’m not here to educate you,” which might justifiably make a person wonder what an activist is there for. If the outsider expresses a dissenting idea, he’s invited to “check your privilege,” which has the weakness of not being an argument. Most of all, the outsider will be viciously insulted for his beliefs. If he objects to being insulted, he is accused of “tone policing,” and told the activist is entitled to feel rage because of historic oppression.

Amazingly, the tactics outlined above are encouraged by the social justice community. They are typically met with crowing approval at the pain caused to the interloper. On-line, this can turn into a public ritual, with someone’s offending statement being passed around so all can enjoy pouring scorn on the… person who is now radically less likely to accept their views.

Imagine a politician on the campaign trail behaving in this fashion, and you can see its full absurdity. The inevitable conclusion is that these social justice activists do not care about promoting their causes; instead, they’re treating activism as therapy, with the wider public cast in the role of the pillow, a prop to be punched and screamed at. This is hysterical activism; political expression directed not to the creation of a better future, but to the next satisfying tantrum of sanctimoniousness.

The final, and most significant, failure of the social justice movement is in the issues they prioritize. These tend to be the concerns of highly educated people living in affluent liberal enclaves; people, that is, who have never experienced what most people think of as oppression. Feminist activists show a remarkable obsession with the gender of fictional characters. As violence against transgender people is common, trans activists focus political energy on the introduction of gender-neutral pronouns like ze and hir. Even campaigns against racism often foreground microaggressions – to such an extent that it’s understandable that a writer at Time magazine, among many others, would take it as a sign that macro racism is a thing of the past. Of course it isn’t. These are just the first world problems of the world of inequality. A million incarcerated African-Americans would love to have these problems.

We should try to divert conversations toward more serious topics and more measured tones; we should resist clickbaity articles that dress a human interest story as a grave political issue.

To justify these obsessions, it’s standard for hysterical activists to write about them in histrionic terms. Cat-calling is equated with rape; a single instance of using the words “Bruce Jenner” (instead of Caitlyn Jenner) is held to be responsible for murders of transgender women; a Taylor Swift video is said to perpetuate slavery’s white ownership of black bodies. Even for people who care about cat-calling, misgendering, and offensive representations of black people in music videos, these theatrics can be galling. After all, actual rape, hate crimes, and slavery all still exist.

Of course there are activists who persist in addressing crucial issues. There are activists who are cordial to everyone, and activists who energetically engage in educating the public. But they’re operating in an environment where even mild dissent can turn them into scapegoats. As a result, serious activists will not intervene to stop even the most egregious behavior. Doing so could mean an abrupt end to the work to which they have devoted their lives. Already the scene is littered with the bodies of activists who have been publicly shamed, protested against, and even fired from jobs.

If you’re not a left winger, it’s easy to dismiss this, just as it’s easy to dismiss far-right scaremongering about Sharia law and Jade Helm, as fringe buffoonery. But when a fringe group begins to set the agenda for what’s discussed, and what cannot be said, in mainstream media, it’s time to take it seriously. Democracy cannot function when issues vital to it cannot be honestly debated.

For this reason we should all begin to confront hysterical activism whenever it appears – courteously, but persistently. We should try to divert conversations toward more serious topics and more measured tones; we should resist clickbaity articles that dress a human interest story as a grave political issue. This is the climate that produced a Rachel Dolezal; it’s the climate that put her on TV, and in which a horde of pundits dissected her rambling, meaningless statements. It is not a climate in which any kind of justice is likely to thrive.

Sandra Newman is the author of several books, most recently the novel The Country of Ice Cream Star. 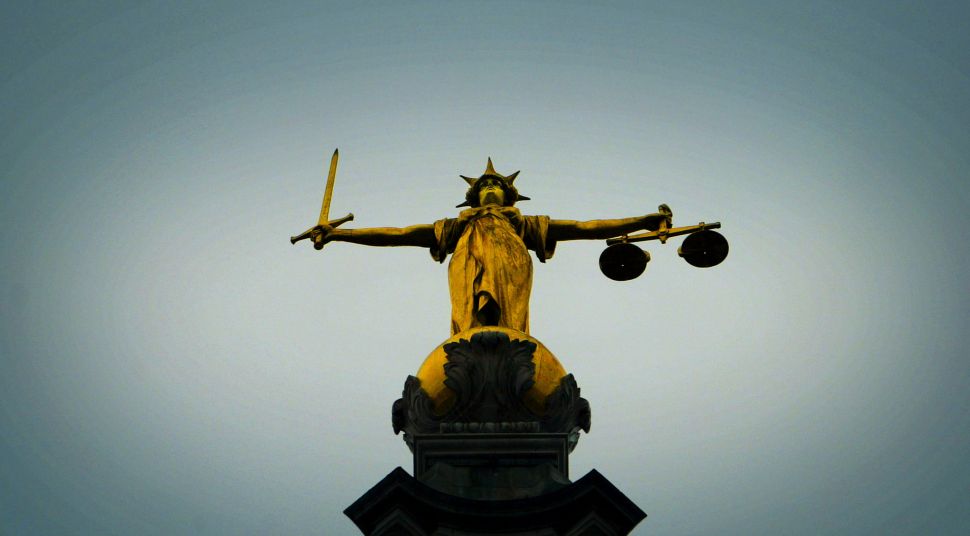