Disclaimer: This article is purely personal opinion. I am not attempting to be the voice of the entire little person community. I have nothing against the people who choose to be on this show.

My name is Hollis Andrews and I am a little person. I’m 4’2″ and have a type of dwarfism called “achondroplasia.” My mom is average height and my dad was a little person. I live in Los Angeles and am currently pursuing a career in acting. When I was asked to be a part of Little Women: LA, it was in the very early stages, before the show was even signed with a network. I was really torn on whether or not this was something I wanted to commit to. It would have been awesome exposure and frankly, I was (and am currently) in no position to turn down a steady income.

But on the other hand, I had never wanted to do reality television. I hadn’t racked up thousands of dollars in student loans for a theater degree to do reality. After about a month of deliberation, they were getting ready to film the pilot and the pressure was on me to finally make up my mind. Obviously, I ended up saying no. They were going to film the pilot at one of the other cast member’s birthday party. I had never met this woman before and I realized there was no reason for me to attend this party other than for the show. And in an instant, I saw my future if I had said yes to this show. Faking friendships and attending events that I had no interest in just so people in their living rooms could have something to watch on Tuesday nights. And even as I write this, I realize that if I was acting in say, an NBC sitcom, it would be the exact same thing. But in that situation, I would be playing a character. I wouldn’t be portraying an exaggerated image of myself.

A lot of people in the little person “community” are very happy about this influx of shows because they bring “awareness” to being a little person and our community. I have a lot of problems with the word “awareness.” I believe it is absolutely imperative to bring “awareness”  of problems that minorities face to the majority. If that doesn’t happen, then nothing will ever change. But, I also feel there are better ways to do it. When networks make a reality show, they’re creating a spectacle. They’re taking people who are probably somewhat normal and making them look crazy. Little people are already seen as different enough. We are given very few respectful portrayals in the media. Reality shows based around dramatics and cat fights takes one of our very few and far between chances to be represented and bastardizes it. And that’s what this whole thing really boils down to. These shows may be the only time someone ever “encounters” a little person. I don’t know how many of us there are, but I’m sure there are some people who will go their whole lives without seeing a little person in “real life”. So the only example of  my community will be whatever they see on television.

Little people have been used for entertainment for thousands of years. In ancient Egypt, little people were honored like gods and they even had a  “dwarf god”. His name was Bes and he looked after misfits who were forgotten by the other gods. Little people were used as court jesters from ancient Rome to the nineteenth century. Augustus Caesar was so close to his little person compatriot, Lucius, that when Lucius died, Augustus commissioned a statue be made of him with precious stones for eyes. But that’s just one example of kindness as opposed to the hundreds of accounts of humiliation that dwarfs have faced. During Roman festivals, dwarfs were tossed into arenas and forced to fight, like animals. King Charles the Ninth received as many as seven dwarfs as “presents.” Charles the First presented a dwarf hiding inside of a pie as a gift for his new queen. Often in paintings, you can find dwarfs standing next to dogs and monkeys because they too were seen as royal pets. And last but not least, the circuses and freak shows. Little people on display as freaks simply to provoke laughter and revulsion. The book In Our Hearts We Were Giants by Yehuda Koren and Eliat Negev explains what it was like to try and be taken seriously as a little person performer in the 1930s:When a dwarf wished to be appreciated for his real talent and true artistry as a performer (as opposed to his dwarfism), it generally proved to be impossible. Frank Delfino hoped to gain recognition as a virtuoso violinist. He insisted that no mention be made of his deformity in publicizing his concerts but to no avail; his impresarios billed him as ‘the world’s smallest violinist.’ Although he would appear in films like Planet of the Apes and The Incredible Shrinking Woman, he became better known for the role he played in McDonald’s hamburger commercials until the age of 80.”

I bring up the history of little people only to show that sometimes, it feels like nothing has changed. Are reality shows the new “freak shows”? With titles like 19 Kids and Counting, Dance Moms, 16 and Pregnant, The Bachelor, it’s hard to say no. It’s a grotesque hunger the public has for wanting to experience schadenfreude or to see how “the other half lives.”

And I wouldn’t be so upset about this influx of reality shows about little people if we were properly represented in other forms of entertainment. Other than Peter Dinklage, Tony Cox (Bad Santa) and Danny Woodburn (who played Mickey Abbott on Seinfeld), it’s nearly impossible to name successful actors and actresses who also happen to be little people. People get upset about the Kardashians representing women in America but for every Kardashian there is a Meryl Streep, a Natalie Portman, or a Zoe Saldana. Little people don’t have that. I have wanted to be an actress since I was in first grade and I played the angel, Gabriel, in a nativity play. I held firm to this dream until sixth grade when a parasitic thought crawled into my head and told me that I would never be an actress because I was a little person. I realized that since there was no one on television who looked like me, it meant that there would never be. I even had friends and family encourage me to go into writing because it was still entertainment but I wouldn’t have to face the heartbreak of being told “no” just because I was born with a genetic mutation. I still continued to act in shows and musicals but knew that it was simply a hobby and that I could never make a living doing it. When Game of Thrones premiered, my world was rocked. Peter Dinklage was doing the impossible. He was being taken seriously as an actor without exploiting his height for shock value or a joke. The night he won his Emmy, I cried for an hour.

I read a story this weekend on Tumblr about a young woman (her Tumblr user name is nospockdasgay) who was a fetal amputee. She was born with a missing limb, more specifically, her left arm from the elbow down. She had just come from seeing Mad Max: Fury Road where Charlize Theron’s character (Imperator Furiosa) is also missing her arm. The author says “I am just about the biggest advocate for ‘representation matters’ there is, but as a white woman, I never really felt it applied to me all that much. Watching Fury Road, I realized how wrong I was…Watching Fury Road, I felt like I was watching my own struggle brought to life (albeit in a very fantastical setting), and I don’t think I ever realized how truly profound that could be for me. Her body is never a plot point. It is simply allowed to be.”

Representation matters. It’s as simple as that. We live in a world with so many different races, cultures, body types, sexual orientations, and abilities…why are we not showing that? I have nothing against the women on these reality shows. There is a part of me that thinks it’s great we have little people on TV in any capacity…but I also think we deserve more than that. We deserve to be the heroes and heroines, the villains, the best friends, the annoying neighbors next door. We deserve to be anything other than cooler fodder. Also, more selfishly, I just want people to stop assuming I’m one of the girls on the show. We don’t all look the same. 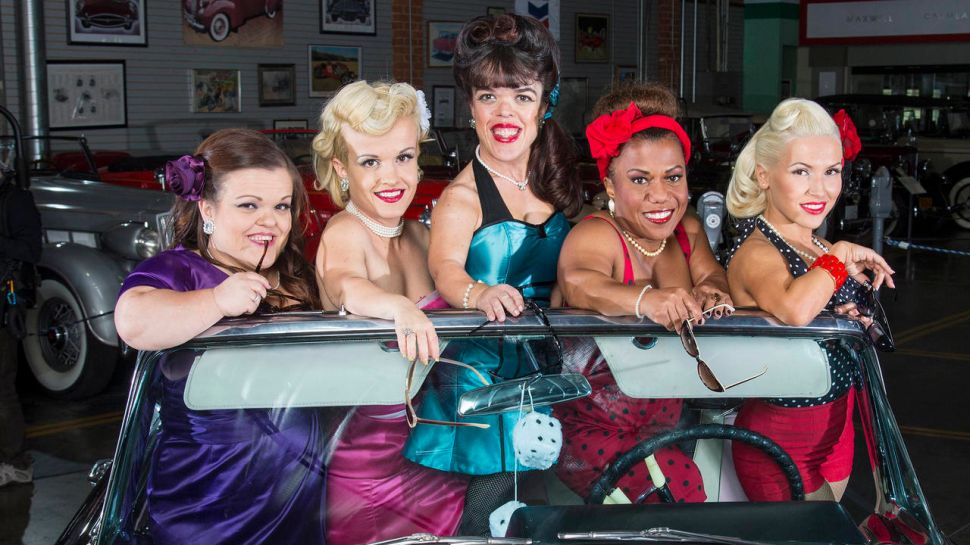