But the most interesting technical innovation was on Twitter. Soon after the ruling was announced, the hashtag #LoveWins began trending nationwide, and anyone who used the hashtag found that there was a rainbow heart embedded after the hashtag. Celebrities, publications and corporations all hopped on the bandwagon:

An incredible historic day I will one day tell my grandchildren. Thank you to everyone who fought so hard for this for so long #LoveWins

It looks like the Twitter engineers built the heart into the system after President Obama used the hashtag to show his support for the ruling:

Today is a big step in our march toward equality. Gay and lesbian couples now have the right to marry, just like anyone else. #LoveWins

UPDATE: Thanks to Observer writer Jordyn Taylor, we discovered that tweeting #Pride will see a rainbow flag embedded in their tweet. 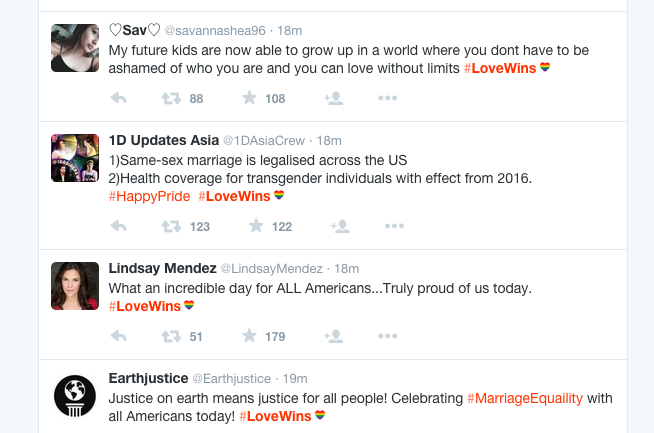