I’ve seen the future of journalism and it’s reporting on virtual worlds.

Right now, there’s a robust if mostly volunteer journalistic infrastructure that’s covering the world of EVE Online. That is, the actual events that occur inside the game that players have been mining, battling and conquering in for more than a decade now. With newer, bigger sandbox games, it seems obvious that these journalists will only professionalize.

Reporters and sites are covering everything from the markets for fictional materials inside the game, to war reporting on the conflicts that take place across organized teams of spaceships, to behind the scenes reporting on how EVE’s many alliances, corporations and societies are communicating, planning and spying on each other on other sites, such as Reddit.

There are lots of sites out there (like Killscreen, IGN and Giant Bomb) that cover video games. They write about what games are like, what games are coming, whether or not you might like it if you play the game and whether new games are similar to old ones.

EVE Online opens itself up to a different kind of reporting. In other games, if you reported too much on what actually happened inside a game, you’d be accused of spoiling it. That can’t happen in EVE, though. If something happens in EVE, it will never happen quite that way ever again. It’s a part of the past of the game, and no one can go there and do it over. If you weren’t there, you missed it.

Thousands and thousands of players subscribe and pursue their own priorities, usually joining up with others whose agendas square with their own. Now, years in, these players have self-organized into enormous alliances that team up to a wide variety of ends. For example, here’s a look at the map of space from The Mittani’s YouTube reports on what factions control which different parts of the game’s galaxies.

Here’s some kinds of reporting that are going on about the events inside EVE:

At times, the game’s events get big enough to spill over into the regular press. The New York Times took it upon themselves to explain how history works in a sandbox game in 2007. Forbes covered the loss of one spaceship in 2013, because the spaceship was (very, very theoretically) worth $9,000 in real dollars. When a war itself set a record in the game, it made it onto Polygon. And The Wall Street Journal did a profile of the man sometimes called the game’s greatest player, Alex Gianturco, known as The Mittani in the game and CEO of Goonswarm, a hugely powerful alliance in EVE. Mr. Gianturco was a spymaster, proving that information is more powerful than Titan warships, which might mean that journalists inside games could have the effect of leveling the playing field.

EVE Online appears to be the only massively multiplayer online game that’s a big enough pure sandbox to make reporting worthwhile right now. New games on the horizon might be ripe for reporting such that this kind of writing will become more professionalized. Two of the buzziest games on the horizon, No Man’s Sky and Star Citizen, describe themselves as sandboxes.

No Man’s Sky is so interesting it just got covered in The New Yorker. It’s a beautiful, enormous space where new players get randomly dropped on planets at the universe’s outer reaches. The planets are all procedurally generated, which means computers design planets as new players join. No Man’s Sky does have a goal, though. There is some secret at the center of the universe. Players have to reach it; however its creators, Hello Games, appear to argue that there will be a lot of ways to play, and some people may choose to explore for years without pursuing that goal.

Star Citizen is the most successful crowdfunding project of all time, nearing $84 million as of this writing. It’s going to be like EVE with Doom (first person shooter) and Wing Commander (dogfighter) built in. Like EVE, players could choose to be traders, diplomats, battle hungry grunts or maybe even in-game journalists. We’ll see.

Release date for both games? When they’re ready.

No one knows exactly what these games will be yet, other than to say they will be huge. They will both make history as games, but if each, like EVE Online, creates a true in-game history, then we could see much more work for journalists and historians (amateur and probably otherwise) documenting the events that really only take place on servers but, critically, mean a great deal to their players nonetheless. 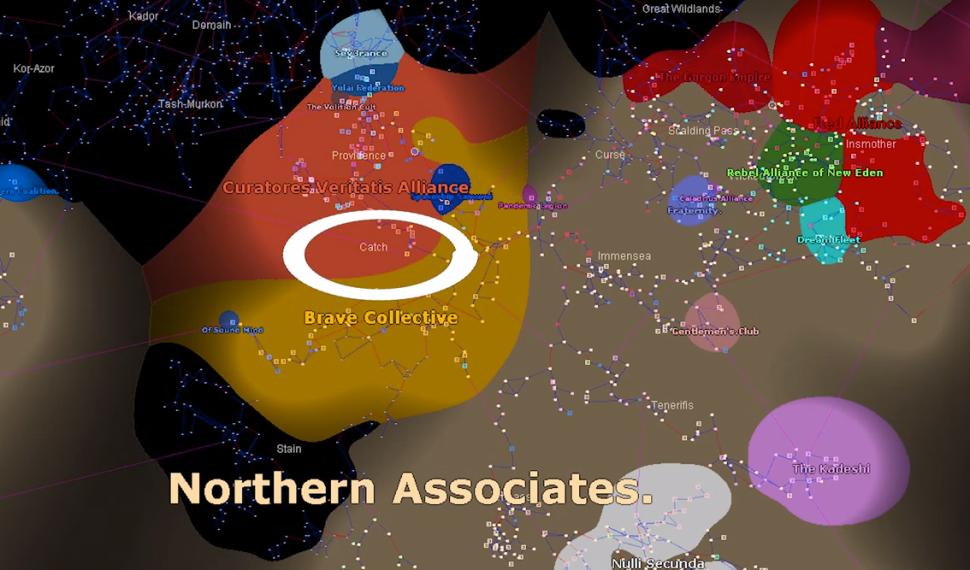