As Gawker and Hulk Hogan get ready to rumble in a St. Petersburg, Florida courtroom on July 6, Gawker is battling another foe: the FBI.

Gawker is suing the FBI to obtain documents related to the FBI’s investigation into a Hulk Hogan sex video after the agency denied the publisher’s Freedom of Information Act request.

Gawker contends that the FBI’s investigation is significant to its defense as it prepares to battle Mr. Hogan and his attorneys. Mr. Hogan is suing Gawker for $100 million after an October 4, 2012 post on the site, which included edited video of the mustachioed wrestler having sex with Heather Clem, the then wife of radio shock jock Bubba the Love Sponge Clem (yes, his legal name).

Mr. Hogan alleged that Gawker violated his right to privacy by publishing the tape, which was filmed without his knowledge in 2006 (a separate lawsuit against Bubba the Love Sponge for surreptitiously filming the wrestler was settled in 2012 and Bubba apologized on his radio show).

Gawker claims that the sex tape was newsworthy and protected under the First Amendment, as Mr. Hogan is a celebrity who had previously publicized his own sex life. Much has been made by Gawker in recent weeks of the high stakes outcome of the case and what it could mean for Gawker’s future.

An official document, never reported on until now, outlines some of the evidence held by the FBI in the course of its investigation, including a case containing three DVDs, and a check for $150,000 made out to Keith Davidson, a Hollywood lawyer, from Mr. Hogan’s lawyer David Houston.

What’s on the DVDs? We have no idea. As noted in the document, “the government intends to retain possession of this evidence pending the outcome” of the case.

See the one-page document below: 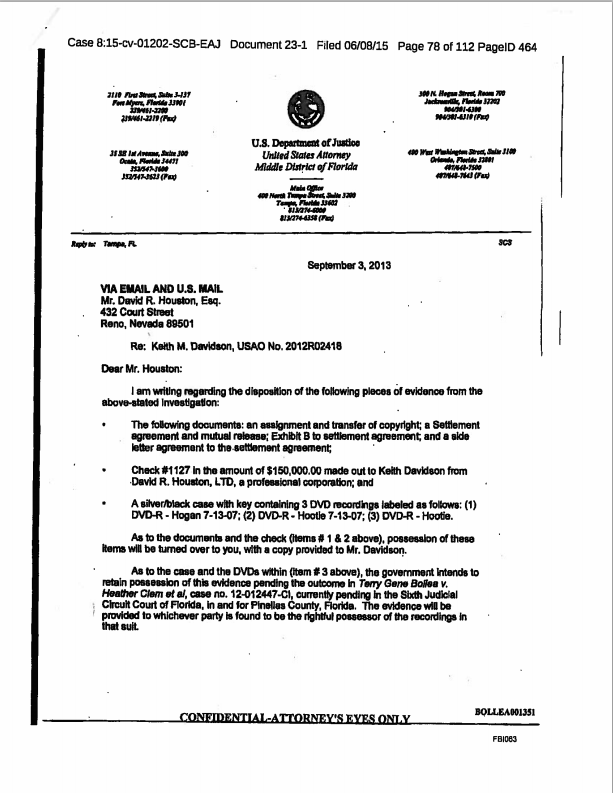 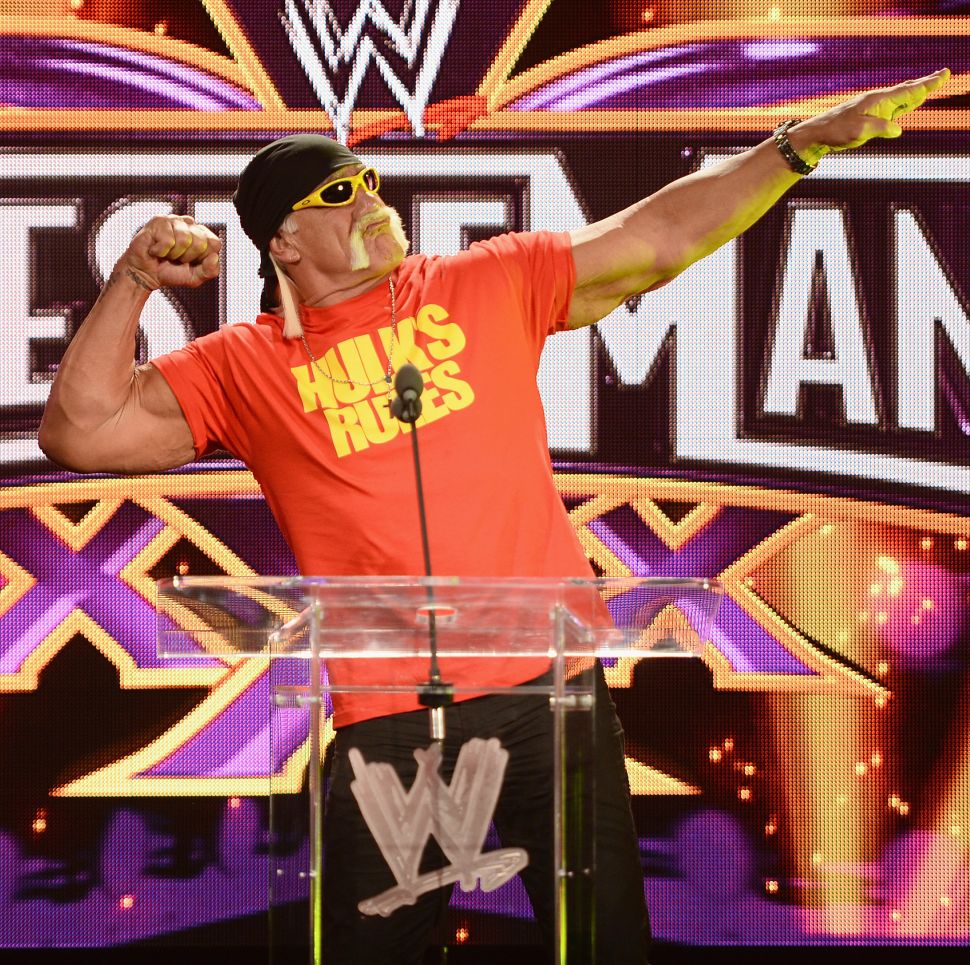