Your tank is flying through space as wave after wave of aliens, of varying sizes and with with weird powers, keep coming at you. You fly around a set game field, firing your gun in the aliens’ direction and hunting for spots with energy to restore your health and power. It’s a game of stick and move. The more you move, the more likely you are to escape the waves and also find needed energy. If your space tank gets enough power, it arms your Hyper Weapon, which can sweep the field of enemies with a giant blast of super power, like a continuous BFG9000.

Prism Shell is a new game designed and built by Brooklyn Gamery, a three-person team: Catt Small, Dennis Liaw and Chris Algoo. The company (a side project for all its members, for now) is deeply committed both to games in general and to upping diversity in all aspects of games. So the crew is making a point with its protagonist, a black woman, in the iconic role of humanity’s only hope.

“As a Black woman, I generally find little representation of people like me in games,” Ms. Small wrote in an email. of the team’s choice in designing their lead character. “Brooklyn Gamery is a multicultural team. We’ve all played games in which stereotypical characters have made us feel uncomfortable.”

“We have quite a few friends who really love the character and feel represented by her in ways that they usually aren’t in games, and that’s more than enough reason for us,” Mr. Algoo wrote.

The only way you see Beretta when you play is when you first open the game up and see that title screen. She’s looking out at you as the game takes a second to load the gears of space battle. In the language of games going all the way back to the cover art on 8-bit NES games, Mr. Algoo explained, players don’t need it spelled out for them from there. It’s understood: that character is the one inside the ship you’re about to pilot.

“Players and Beretta make eye contact every time the game is opened. Eye contact is a very intense action,” Ms. Small wrote. “I had a hypothesis that this would make her more memorable and players would then feel more urgency.”

Mr. Liaw added, “Having characters you can map to the objects on screen obviously helps with immersion.”

For now, game play is just an endless wave of aliens, increasing in intensity until you die. If you’re a pure game fan, it’s worth checking out for its unique touch screen movement mechanic.

Algoo wrote that in future updates that the team may add a boss at the point anyone manages to defeat 100 waves. This reporter can confirm after playing several rounds that this would take some commitment.

With the release of Prism Shell, Brooklyn Gamery is making a fun game, but it’s also making a statement. “All founding members of Brooklyn Gamery love games. We want to help games improve and positively affect a broader audience,” Ms. Small wrote. “We want to send a message that people of color and other marginalized people have a place in games.”

Prism Shell is available now in the Google Play store for $1.49. It released on May 24th. 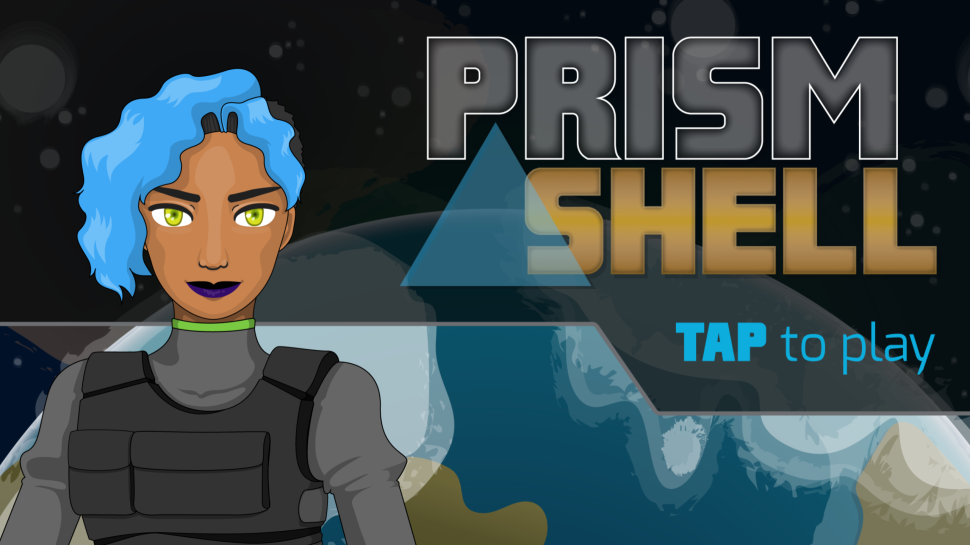