Kim Basinger won an Academy Award, divorced Alec Baldwin, ditched a coveted acting career and vanished from the screen before you could scratch your head and ask, “Huh?” Now she’s making a comeback. This would ordinarily prompt applause, but a thing called The 11th Hour, the vehicle she’s making her comeback in, is such a creepy, pretentious hunk of junk that she should have stayed in bed.

Written and directed while under the influence of something unspeakable by Denmark’s Anders Morgenthaler, this horror is about a woman named Maria. After eight miscarriages in two years, Maria has literally been pronounced dead for two minutes. When she regains consciousness and comes back to life, her uterus is so damaged and scarred there is no chance of getting pregnant again. Her husband Peter (Sebastian Schipper) gives up trying, but that doesn’t stop Maria. The sparse dialogue consists of hanging chads like “Can’t we just be sad together?” and “Can’t we just be a sad couple?”

But she keeps hearing a child’s voice whispering “I am here—come and find me.” This inspires her to follow the voice from wherever she lives (the movie was filmed in Hamburg) to a place near the German border that used to be Czechoslovakia, where prostitutes are selling their babies on the black market. She decides to rescue one. The movie drags along for 97 incomprehensible minutes, going nowhere, while Maria sinks slowly into madness. She picks up a French Canadian junkie dwarf hitchhiker who buys her a baby from a 15-year-old prostitute. The next thing you know, she’s in a motel changing the baby’s diaper when the mother shows up with a violent, mean-spirited Russian pimp (Peter Stormare) who kidnaps Maria and stomps the junkie dwarf to death.

By the time Maria murders the Russian, crawls out of the garbage dump where she’s been held prisoner, and finally calls her husband from a pay phone on the highway (apparently they still have coin-operated phones in what the movie calls “Slobovia”) we discover she’s been gone for four months! The voice once again says, “I am here.” (The movie’s original title was I Am Here.) The voice is coming from inside Maria’s womb. For the first time, she smiles at last. “Thank you,” she says to the camera, studying a pregnancy kit that shows she’s expecting, even though she will surely die if she tries to give birth. Maybe she’s already dead. Who knows? It’s that kind of movie.

The title makes no sense. In fact, not one scene in the entire film makes a shred of sense. If Kim Basinger still knows how to act, there is no evidence of it here. Whatever she remembers about character development, facial expressions or anything resembling how to deliver a convincing line reading she’s not sharing with anybody. The 11th Hour is a bona fide stinker, only worse. To borrow one of Mel Brooks’ favorite lines, it stinks on ice. 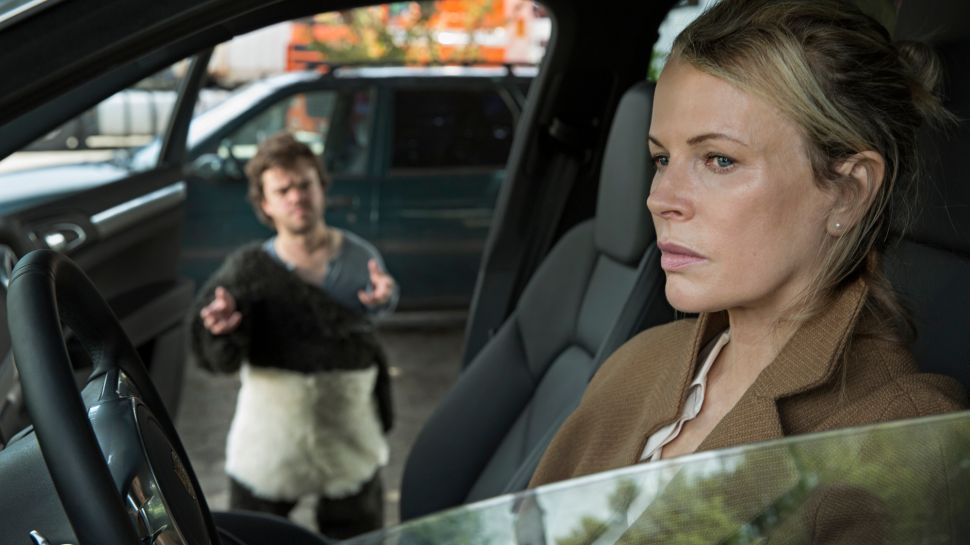