When it comes to designers with the best entourage, Jeremy Scott takes the cake. The busy L.A.-based creative is often spotted partying with a crew that warrants a one-name introduction: Rihanna, Miley, Fergie, and so on. His penchant for surrounding himself with bold-faced stars, in addition to throwing incredible parties, has only increased following his appointment as creative director at Moschino in 2013. Whether it’s a Barbie-themed blowout in Miami or the opulent Pitti Uomo bash that followed his Moschino men’s Spring 2016 collection last night, receiving an invitation to one of his parties is a ticket to a guaranteed rambunctious time.

Last night’s event in Italy was where Katy Perry (who starred in Moschino’s latest ad campaign), A$AP Rocky, model Toby Huntington-Whiteley and blogger Bryanboy rubbed shoulders and sipped drinks on behalf of Mr. Scott. While that is merely a blip on the party radar, the attendance at his previous parties are more than enough to cement his status as the modern king of after-parties. Let’s take a little #FlashbackFriday to take a look through a few of his previous ragers to prove our point.

Remember when every celeb and their mother trekked to Palm Springs for Coachella this past April? Mr. Scott was there too and he threw an all-out rager. The guest list included Fergie, Alexander Wang, Zoë Kravitz, Katy Perry, and Jourdan Dunn.

Art Basel is filled with an endless stream of parties, where hours of small talk takes place between art aficionados and fashion folk. Mr. Scott broke up the scene with his pink-fueled Barbie bash, replete with a Barbie Dream House. But before the soirée, there was an intimate dinner attended by Miley Cyrus, stylist extraordinaire Carlyne Cerf de Dudzeele, both Hilton sisters and A$AP Rocky.

Following the debut of a collection that reminded many of an acid trip in the ’70s, Mr. Scott took over Space Ibiza with a rowdy crew of club kids. Diplo and Skrillex shared DJ duty, while Madonna and Scout Willis popped by for a dance or two. Casual, right? 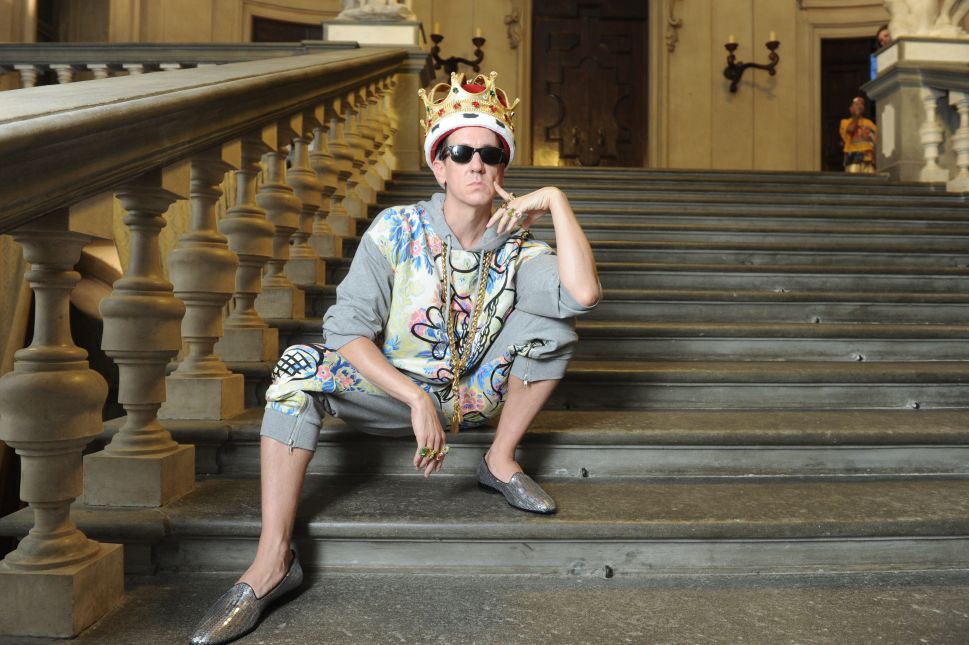