Asharq al Aswat, a popular Arabic language newspaper published in London, is reporting that Russia is pulling its support from President Assad of Syria.

The paper sites a series of sources saying that sixty-six Russians have been flown out of Syria’s Latakiah airport, bound for Moscow. They are reporting that the Russian Embassy now has a drastically reduced staff and that Russian experts are no longer occupying seats in the Syrian war room.

This move away from Syria comes just as the United States and Russia have decided to become more involved in talks about the country’s future. The pull out by Russia means that the Syrian regime will now have to work much harder to stay in place.

When you combine the gains made by ISIS and by anti-Assad rebel forces, it becomes evident that these groups are now in control of more than half of Syria’s provinces, leaving the Assad regime with control of just 8 percent of the oil resource (ISIS controls 80 percent and the rebels control 12 percent. That leaves Assad very short on cash. The Russian were helping prop up the president but that cash supply is ending.

For the past four years, since the civil war began in Syria, the pendulum of power has swung back and forth. Until now, the pendulum has always returned either to create an equilibrium or shifted the side of Assad. But given the handful of losses the Assad regime has suffered over the past week combined with Russia pulling their support away, the Syrian president may not be able to recover.

And those are just some of Assad’s problems. There’s more.

Assad has been hit hard by losses in the south, north and east of his country to ISIS and to the Islamic extremist group called al Nusra, an al Qaeda affiliate. While the Iranians continue to pledge support for Bashar Assad, over the past five months they, too, have withdrawn important resources—especially Shiite militia forces which they need in order to fight their own battle against ISIS in Iraq.

Assad is not yet entirely alone.  For the time being, at least, in addition to Iran, he still has support from Hezbollah. But even the deputy head of Hezbollah, Sheik Naim Hassan, admitted in an interview that “the fall of Palmyra to the terrorists is a bad sign, and contributed to the climate of frustration” however, he continued by saying,” but it will not change the balance of power in Syria.”

Hezbollah and Assad are convinced that this is simply a minor setback and that they will regroup and retake the critical strategic positions, such as Palmyra, that were recently lost to ISIS and al Qaeda.

Hassan suggested that the rebels in Syria have an end game. He believes ISIS and al Qaeda are not working towards total control of Syria, but are hoping for a partition of the country. Their goal is for the international community to force a cease fire and then to have the warring factions divide Syria amongst themselves.  Any group that is in control of an area when the ceasefire begins, would have dibs on that area. It’s an interesting idea, but Hassan does not believe it will happen.

It is his opinion that: “The Syrian regime has capitals and big cities.” And given that reality, there is no chance for a ceasefire or a splitting up of Syria. Never the less, according to Hassan, ISIS and al Nusra are attempting “to improve their geographical location in the hope that it will gain them more bargaining chips in any future solution. But what happened will not bring them bargaining chips.”

Partitioning Syria is not an option for Assad, for Hezbollah or for Iran. They are all dead set against the suggestion. And just to prove their point, there is a counter-offensive underway. Assad and the Iranians are planning to take back areas they were forced to recently cede to al Qaeda and ISIS. For the United States, partitioning is a distinct possibility. Russia, well, Russia does not sem to have made up its mind, but they might be swinging towards the perspective of the United States.

The Lebanese paper As Safir recently reported that an additional 20,000 pro-Assad forces entered the province of Idlib where Palmyra is located. The forces are under the leadership of General Qassam Suleimani, the commander of the al Quds force of the Iranian Revolutionary Guards.  They arrived straight from Iraq where they had been fighting ISIS. This experienced group is well equipped and the paper reports that the force is composed of Lebanese, Iraqi and Iranian fighters.

And now for the important conclusion:

It is hot in Syria during the summer. The evenings are pleasant. The days are very long. A lesson we have learned over these past four years is that there will be lengthy, critical battles during the long, hot, summer days—and that fighting will set the scene for the rest of the year.

If, over the course of this summer, despite all the setbacks he has suffered, Assad manages to regain his control and swing the pendulum back to his side, it will be a good year for him. He doesn’t have much time.

MICAH HALPERN: THE NEXT BIN LADEN? 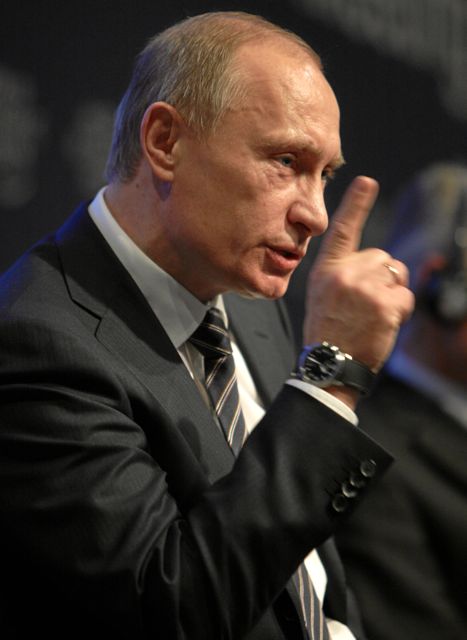