Authenticity awakens the soul again like a call from the wild; it describes our original nature and it will eventually find us again, every 70 years or so. It must, otherwise we will die. There may be trigger events preceding such metamorphosis, which turn us away from what we have somehow become; we turn away and repudiate it, all of it, even in shame and embarrassment, virtually overnight. And return again to who we are.

Hearing South Carolina Senator Lindsey Graham touting his long “military experience” on C Span this weekend in his announcement that he will run for president might have been such a triggering event. He does indeed have long military experience. He was commissioned as a JAG officer in 1982 and served as a military prosecutor in Europe. Then he joined the South Carolina Air National Guard in 1989, and later the Air Force Reserve. According to reports, he described himself on his website as a veteran of Operation Desert Shield and Desert Storm, but never deployed and never even left South Carolina.

Suddenly it comes to us and the caricatures crumbles. And as in the classic comedy Galaxy Quest, a parody of Captain Kirk and company, where the drunken commander has to be reminded that he is not a real commander, but an actor, and that it is not really a military uniform he is wearing, it is a costume. Then it all falls away.

In such a contrast, as it followed later on C-Span, the pleasant-natured, well-mannered marine, former Secretary of the Navy under Ronald Reagan and former Virginia senator, Jim Webb—the only candidate in either party this time around to experience the actual pain and full thrust of military conflict—suddenly blossoms.

In his long C-Span interview he was not on a motorcycle or wearing gang colors and the death head; apparently not a member of the Sons of Anarchy chapter of Republican presidential wannabes at their annual week-end wiener fest in Iowa. He was not quoting Limp Bizkit, not wearing a “wife beater” t-shirt for macho effect and not, Thank-you-Jesus, playing the guitar.

But his analysis of the military situation rising quickly in the Pacific today was unsurpassed. Readers, commentators and Lindsey Graham would do well to link up to his author’s site and peruse some of his essays. My favorite is a Wall Street Journal op-ed fully relevant to our own moment here 14 years after it was written. Titled “The Struggle for Mastery in Asia,” which he quotes Sun Tzu’s The Art of War in the introduction: “Draw them in with the prospect of gain, take them by confusion. Use anger to throw them into disarray.”

Nor did he attack Hillary Clinton, Lindsey Graham, President Obama or anyone else. And there was a freshness to his demeanor that underscored a consummate professionalism in his presentation that is unseen, unheard now and for a very long time in a presidential candidate—before since 1992 in my opinion—that will bring him forward.

For we in America are about to experience that historic, plate tectonic crush between caricature and originality in which the Establishment suddenly falls to dust in the night, and the first signs rise in the presidential poll of Wisconsin Democrats over the weekend in which Vermont’s venerable, old socialist senator Bernie Sanders shocked the Establishment when he came up with 41 percent of the vote to Hillary Clinton’s 49 percent. This is bad news for Jeb Bush as well, for as goes Hillary, so goes Jeb, like Sherlock Holmes and Moriarty, together locked in embrace, going over the falls together. Get ready.

It is in times like this when we in the northeast could return to the South and Webb’s Appalachia to be born again as we have done before. Twice in my lifetime. The first was in high school in Newport, R.I., when we found Southern religion in Elizabeth Cotten’s haunting “Freight Train,” The Stanley Brothers “Angel Band,” Doc Watson and son Merle. Nothing could have been farther from our own personal experience or history, but when we left those concerts in 1962 thereabouts at the Newport Folk Festival, we had found a part of ourselves that we didn’t know we had. And then they brought in Johnny Cash and Mother Carter.

Webb has that same quality of the pure, undiluted Appalachian soul, unaffected, immune to our constant, braying, northern scorn, that would well do to us today what it did for us then when the mountain free church and bluegrass music of Tennessee, western Virginia and North Carolina morph here to Joan Baez and Bob Dylan, singing Hank Williams, singing Woody Guthrie.

The second time we turned to Appalachia and the South was at Watergate where, in order to again get free of the spiraling maelstrom, we brought in the venerable old North Carolina Senator Sam Ervin of Morganton, NC, and from Tennessee, Senator Howard Baker. They became instant folk heroes, again, both from the pure land of Appalachia. Then the second time, the South would enter our northern hearts and minds.

In this regard, Watergate was a rite of entry to a new era and for us in the North, gateway and conduit to the South; a South come fully then into our own Yankee experience, changing us to something new which we as Americans, had never been before. Jimmy Carter and BIll Clinton would soon follow and would never have happened without Watergate’s Baker and Ervin. And Jim Webb could well be next.

Because we are at one of those moments again where we look to be free of all and may again, for the third time, find our hidden selves again through Webb and Webb’s Appalachia.

Remembering fierce combat in 1969, which he miraculously survived, Webb writes in his poignant recollection, “I Heard My Country Calling,” of receiving a letter from his sister a year to the day of his graduation from Annapolis: “Here on Go Noi Island I was neither old nor young. More to the point, whether I liked it or not, I was no longer like her and John and the others I had left behind, and I never would be again.”

War with the suggestion or yearnings of peace, as in Tolstoy’s “Sketches from Sevastopol.” Nor would we be, as American time stalled there along the sandy banks of the Thu Bon River in Vietnam in 1969.

And note to Graham, Hillary and the war mongers so prominent at the Iowa wiener fest this past weekend: While we hear endlessly of the “lessons of Vietnam” the first lesson of Vietnam was this: It can all go to pieces at once, and overnight. And we are there again, today.

CORRECTION: An earlier version of this story referred incorrectly to the surname of the writer of the song “Freight Train.” It was Elizabeth Cotten, not Kitchen. The Observer regrets the error. 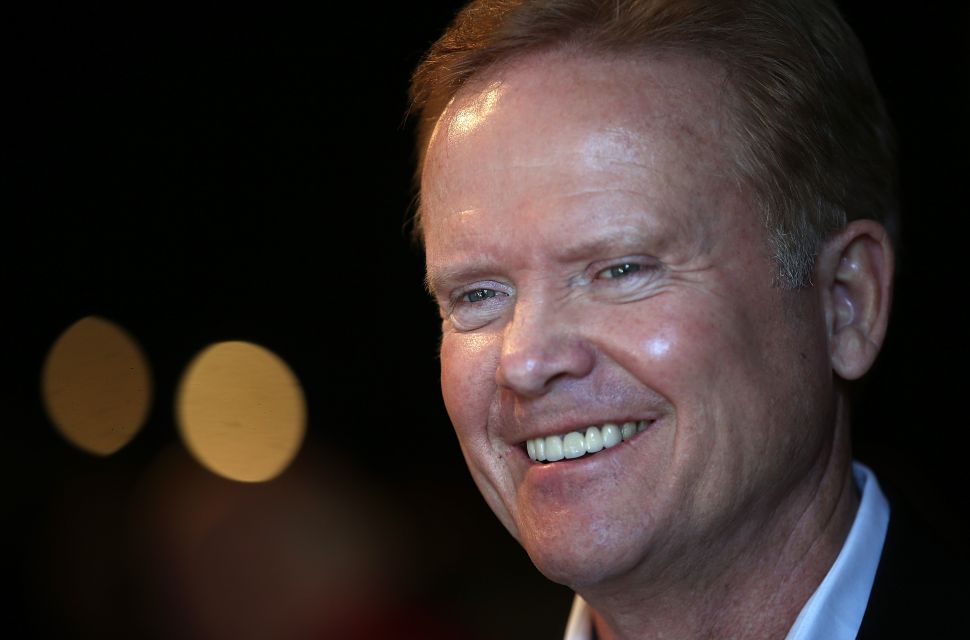