In the fabulous age of online media, carefully crafted, long-form writing has become something of a lost art. As a result, we have lost touch with the simplest and most direct (albeit antiquated) way of communicating: The written letter. This art is exactly what Australian duo Marieke Hardy and Michaela McGuire were attempting to preserve in their popular, fast-growing literary salon, Women of Letters.

Women of Letters showcases eight women at each event, all featuring of some contemporary talent or relevance. Writers, entertainers, musicians and artists alike are invited to participate.  Each, prior to the event, is assigned a subject for a letter: missive to an ex-lover, to the tap on your shoulder, or, in the most recent assignment, to your greatest teacher. (In that category, one reader saluted the nation of Cuba, another American Spirit cigarettes and a third an ex-husband.) The women then prepare a hand-written letter and read these aloud. There is considerable drinking. The spectators are warned against video or audio recording as the letters are never intended for print, never to be shared on Facebook or experienced through a screen.

Molly Ringwald, Edie Falco, Kristin Hersh and Martha Wainwright are amongst the now scores of women who have graced the stage with their hand-written sentimentalities.

McGuire and Hardy began their series in 2010 in Melbourne and the endeavor was met with such great enthusiasm that it found its way onto a South by SouthWest stage in 2013. Now, in 2015, Women of Letters has anchored itself as a monthly feature in New York City’s own Joe’s Pub.  All proceeds from the events go directly to the New York Women’s Foundation, and over $500,000 have been raised since the project’s outset, according to its founders.

In a review of the event itself, musician Amanda Palmer called Women of Letters “the perfect alchemy of literary art-party and storytelling, with drinking and bonding for all genders of truth-seekers.” These women and their letters are, if nothing else, a valuable, while brief, respite from the digital age. 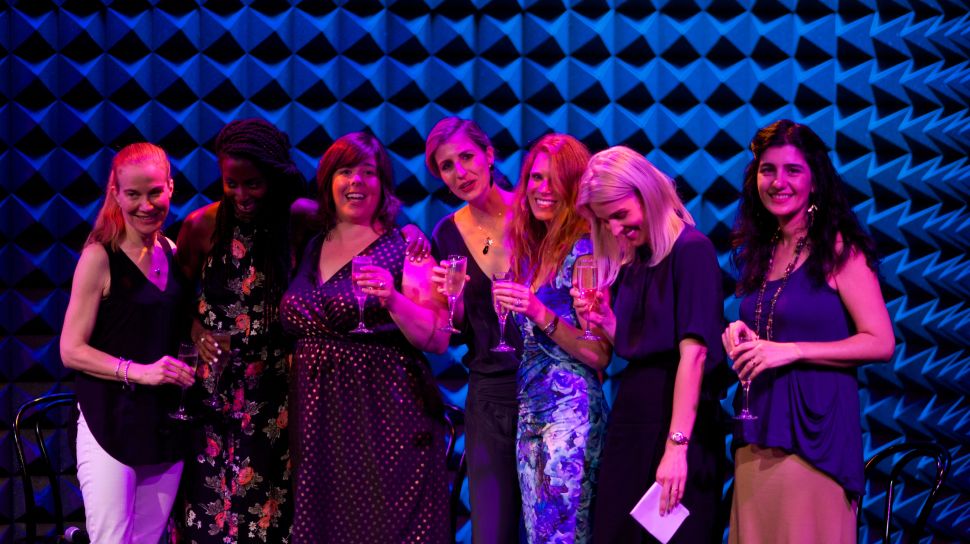