Misinformation spreads fast and furiously, as the science journalist John Bohannon recently demonstrated with a bogus study—about the health benefits of chocolate—he produced to fool the media. Mr. Bohannon was trying to make a statement about the superficiality of nutritional science reporting, he said in an io9 piece published last week, and the fact that such outlets as the Huffington Post and the Mother Nature Network covered his study seemed to prove his point. “I Fooled Millions Into Thinking Chocolate Helps Weight Loss,” screamed the headline of his essay.

But Mr. Bohannon’s io9 article, which went viral, contained its own bit of misinformation. A screenshot of a Daily Mail post about the health benefits of chocolate was included in the original version of Mr. Bohannon’s essay but has since been removed. That’s because it was a screenshot of a year-old article on a Weight Watchers survey about chocolate that had nothing to do with Mr. Bohannon’s hoax. The screenshot was taken down a day after publication, and a correction was posted in the story yesterday, according to Charlie Jane Anders, io9’s managing editor.

But not before a number of news outlets reported, in follow-ups to Mr. Bohannon’s article, that the Daily Mail had covered the fake study.

One of those outlets was NPR. Maria Godoy, a senior editor on NPR’s science desk, originally quoted from the headline of the 2014 Daily Mail article, which read: “Good News slimmers! Eating that bar of chocolate can HELP you lose weight.” After she published her article, the Daily Mail’s communications arm reached out to Ms. Godoy to say that they hadn’t covered Mr. Bohannon’s study, and would Ms. Godoy please correct the record?

And yet! As it turned out, the Daily Mail had in fact fallen for the hoax. In a post for its Australian website, a writer named Sam Bailey had covered research from Roy Morgan, an Australian market research company, which “reveals there’s no proof that chocolate consumption affects BMI.” The post also referred to a “German study” (Mr. Bohannon’s) and included a few paragraphs on its spurious findings.

So why was the Daily Mail saying it hadn’t covered the story? The viral news site—which apparently takes its chocolate stories very seriously—doesn’t have a great reputation for accuracy, and the fact that its PR phalanx was emailing reporters in what seemed like an attempt to change the facts looks suspect.

According to Sean Walsh, the Daily Mail‘s communications director, they didn’t find the Daily Mail story on Mr. Bohannon’s study until recently* because they had been confining their search to their U.K. and U.S. websites. They added a correction to the bottom of the story yesterday and removed the bits that implicated them in the hoax, he said, after they had made sure there were no other stories referencing the study.

Whether you believe Mr. Walsh is up to you, but it seems like a reasonable explanation, if a bit lame. Why not search the Daily Mail‘s entire archive to begin with? Have they ever used Google?

The Daily Mail also reached out to Business Insider. A correction at the bottom of Ellie Kincaid’s story on the chocolate hoax states: “We’ve removed a reference a Daily Mail screenshot included in io9’s write-up since their chocolate story was about another study, not Bohannon’s experiment.”

Quick, somebody correct that correction! (It’s also worth pointing out that the Daily Mail has written loads of stories on the putative health benefits of chocolate, so “their chocolate story” is a bit vague.)

“It’s probably a cautionary tale that we all commit errors and we should all be careful and quick to correct,” Ms. Godoy told me in a phone interview this morning.

All because of a screenshot in an article about how easily misinformation spreads.

*Apparently nobody can get this story right. I initially stated that the Daily Mail had located the story on the fake chocolate study yesterday. But Sean Walsh, the Daily Mail’s communications director, informs me that the website found the story before that; they just issued their correction yesterday. 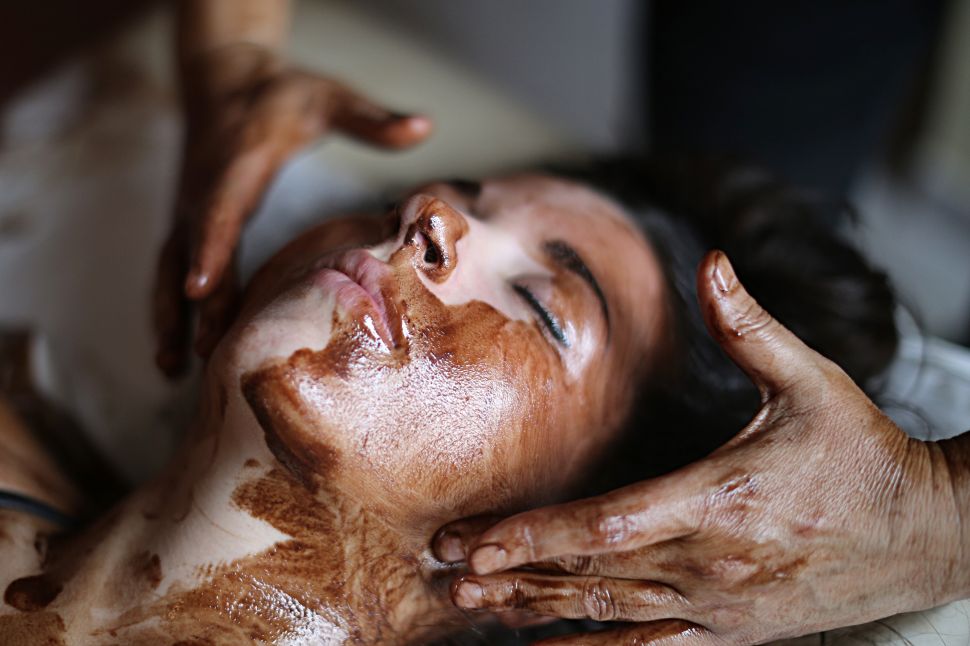