Season two of HitRECord ON TV, a variety show for the digital age created, hosted, and directed by actor and filmmaker Joseph Gordon-Levitt debuts Friday night on Pivot.

Each episode focuses on a different theme as Gordon-Levitt invites and encourages anyone with an internet connection to join him and contribute. The opening installment explores the topic “The Dark,” and features an eerie short film with Mindy Kaling and Chris Messina.

To get those guest stars onboard, Gordon-Levitt uses a simple tactic—he asks. “Most of them are pretty much friends of mine who’ve just taken an interest in this show,” he says with a laugh. “I’ve been friends with Anne Hathaway for a long time and she’s the kind of person who likes to be creative and do projects like this. With Mindy Kaling, I met her last summer and she said she read on Twitter that I did this and we talked and she kept asking questions so I knew she was really interested and not just being polite. So, I was able to lure her into starring in a piece with me. Then she convinced Chris Messina to join us. We shot it in front of a green screen and then we put that on site to get animators and artists to build the world and that piece became one of my favorite things we did this season.”

Gordon-Levitt has famous friends because, well, he’s a pretty big movie star. When asked why he does this in addition to his film career, he responded, “I really do love acting in movies and I’m privileged to get to do it, but I love that this is so different from that. There are so many artists and people that have a different perspective and I really love connecting and collaborating with those people. It’s a totally different feeling than what I get to do in my career as an actor.”

The online community and number of collaborators has grown exponentially since the show first hit the air, says Gordon-Levitt. “We have way more contributors this season than we did in season one. Part of the reason for that is that I think we’ve gotten better at our methodology for producing the show and because of that we’ve gotten more perspectives and that’s led to more unexpected things.”

One thing that Gordon-Levitt wants to emphasize about this collaborative set-up is that everyone whose work is featured in one of the episodes gets paid. “That’s really uncommon,” he explains. “Often times when stuff from the internet gets put on TV, the people who created it aren’t getting paid. A lot of internet companies make money off of usership in hidden ways. We try to be upfront about all of the details — how it works, the legalities, and that stuff. The bottom line is, if you contribute your stuff and we use it, you will get paid. Over the last five years we’ve paid out more than a million dollars to people who’ve contributed to our productions and I’m really proud of that. Some of them make videos of themselves with their check and they say, ‘this is the first time I’ve ever gotten paid for my art!’ it feels great to give people fair compensation for their work.”

A unique large-scale collaboration resulted in one of Gordon-Levitt’s favorite moments, a scene that caused him to reflect on what he’d created.  “We did this song for the episode ‘The Dark’ and I think it’s just really something. Someone wrote it on the site and people added to the lyrics and then the instruments came in. When we heard it, we knew we wanted to do something really special visually with it, so we decided to go to the woods with a lot of people and gather around a fire and perform it. We put out the request for people to come to this wooded area about an hour outside of Los Angeles the night after Halloween at midnight and we had singers, dancers, and just all kinds of people. It was this crazy dark night when we shot it and it was just amazing to me and at a certain point I took a step back and said to myself, ‘this is bizarre and it’s fucking awesome!’ I don’t know anywhere else on TV where a musical number looks like that and the coolest part was that it wasn’t a bunch of professionals doing this, it was people from the community coming together to make this.”

Gordon-Levitt says that this kind of exposure is what HitRECord ON TV is really all about. “This is about not doing what’s expected of you but what you’ve always wanted to do but you don’t necessarily have ‘permission’ to do. A lot of people come to our site and do great writing or illustrating and there’s a big section of those people that are reluctant, for whatever reason, to put their stuff out in the public. You get some of the greatest contributions from people who don’t necessarily think they’re supposed to be doing something artistic and it’s incredibly inspiring to me to see people come out of their shells and give something like this a try.”

The pride Gordon-Levitt feels for the format he’s created is evident when he says, “This whole endeavor has made me realize that there are so many talented people out there who have no avenue to have their work on TV and they absolutely should—their stuff is that good! I’m so happy to be able to provide a way for all of these artists to share their creations with everyone. That’s definitely the best part about all of this.”

Speaking directly to viewers, Gordon-Levitt says, “I’m not going to beg you to watch, but I’m just saying, I think you’re really missing out on seeing some incredibly fun, creative stuff if you don’t watch. So, check it out. There’s really something for everyone to enjoy and you might see something that inspires your creative side and then you can go to the site and create something and you never know—maybe soon you’ll see something that you created on the show. That’s how this works, and isn’t that just really cool?”

Pivot will also be hosting a Season 2 Premiere Party & Tweet-Along Event for the Emmy-Award winning returning series. Using the hashtag #HitRecordOnTV, fans at home can join in on all the action happening at the live event in Los Angeles beginning at 6 p.m. PST. 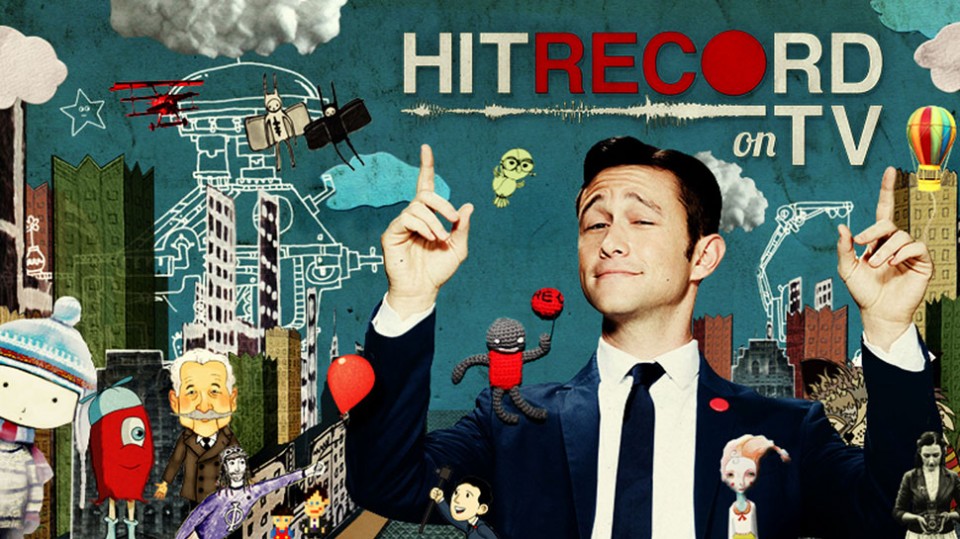