Thirty years ago, Kevin Harrington thought up a way to monetize the empty airtime that was television in the middle of the night—product advertisements. He started with a few networks, went international and essentially created the infomercial industry from the ground up. Eighteen months ago, the As Seen on TV pioneer and original Shark Tank investor saw a similar void on mobile phones and was inspired to trailblaze the mobile shopping industry.

On Wednesday, Mr. Harrington launched StarShop, a celebrity curated mobile-focused shopping platform centered on connecting inventors, products, celebrities and consumers. Dozens of stars, from Beyoncé and Katy Perry to Eli Manning and Justin Bieber, have already teamed up with the new company to offer collections of both their own products and products they represent, alongside modern and mobile-friendly infomercial-esque videos.

“We have dozens of celebrities, but we’re signing them every day now and there will always be new celebrities coming on. We plan to have hundreds and then thousands over time,” Mr. Harrington told the Observer Wednesday night at the StarShop launch.

When we sat down to chat with him, he sounded like the savvy and friendly entrepreneur and investor we all remember from the early days of Shark Tank, as he explained how the many partnerships with celebrities and their other ally, Sprint, are all coming together in perfect harmony to help StarShop flourish. (Note: even they’re working with Sprint, StarShop is available on all phones and online as well).

“The celebrities have social media followings, millions or tens of millions of followers,” he said. “If we can get the celebrities to tell their fans to shop on StarShop, I have a win-win. I have distribution with Sprint, and then I have celebrities driving their fans also to download the app.”

And those celebrities are benefiting as well.

The other winners are the many inventors and entrepreneurs who are gaining a platform, a celebrity spokesperson or even capital from StarShop. During a recent dinner with Paula Abdul, Mr. Harrington pulled out ThinOPTICS, a compact pair of reading glasses that attaches to your phone, to read the menu. Ms. Abdul fell in love with the product right then and there, and within minutes Mr. Harrington had the inventor on the phone and a deal was made. The glasses can now be found in Ms. Abdul’s collection on the site.

Plenty of investment capital will be floating around as well. StarShop has a venture division that will invest products along the way to help purchase inventory and get celebrities involved with their brands.

And consumers? Well, they can now shop their favorite stars’ products with ease in between refreshing Snapchat and Instagram. 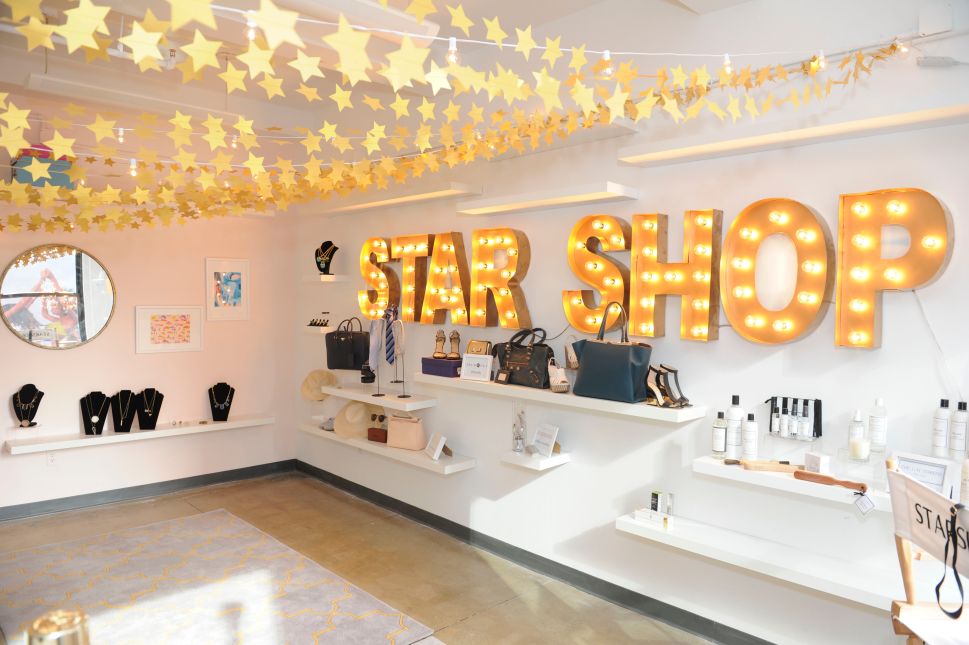