Say what you will about Amazon’s new plan to pay a very small subset of authors based on the number of pages they read in a book downloaded in its Kindle Unlimited and Kindle Owners’ Lending Library e-lending services, here’s something no one can deny: There was no way for authors to get paid for borrowed books back when volumes were all paper and ink.

Recently, there has been a lot of conversation over Amazon’s announcement that it will pay writers in these two programs based on the number of pages readers read rather than on the number of books readers download. In both cases, though, it is not a question of paying writers a flat rate based on either metric. The two metrics are used to decide how Amazon divides up a royalty pool among authors.

So it is true that Amazon has given indie writers a new revenue stream, lending, but this business of lending out e-books couldn’t fly if authors didn’t write them, but those authors have no power over what they get paid for borrowed books. In fact, even as self-published authors are convincing more and more readers to try out indie books on their Kindles, they aren’t earning more money.

Amazon invented the Kindle. It wasn’t the first e-reader, but it was the first to click with consumers. Just because Jeff Bezos and Co. made self-publishing e-books into a sustainable business, though, that doesn’t give them a moral blank check to set the terms for content makers in whatever way they want.

By analogy: if someone opens a farmers’ market, that doesn’t mean the owner should keep an excessive portion of the farmers’ earnings there, even though he or she has given those farmers a good way to make money off their work. It’s a symbiotic relationship and there should be some level of negotiation between its participants. In an instance like a farmers’ market, that negotiation is likely to be work out well to both sides, because a farmer likely has other market alternatives. But, in the case of indie writers and Amazon, the Kindle Store is by far and away the biggest and best market, so Mr. Bezos’s company has all the leverage.

How does Amazon determine the size of the pool of funds from which it pays authors in the two pools of borrowed books?

Right now, the issue pertains only to a tiny sliver of the overall book publishing market, an almost negligible percentage. Yet, what if the new pay-per-page-read program were a sign of trends to come? What if Amazon started strong-arming mainstream publishers to accept a similarly structured deal for e-book sales? For example, what if readers were to pay for a book up front, but the funds would only accrue to the publisher as the reader read the book?

We ran a roundup of what a variety of authors thought about the new approach for self-published authors’ books, but, in all honesty, the conversation has missed the larger point: how does Amazon determine the size of the pool of funds from which it pays authors in the two pools of borrowed books?

The Author’s Guild, an organization that advocates for working writers, raised the same question:

The new regime leaves intact Amazon’s unfortunate practice of paying indie authors out of an opaque royalty pool, which pits self-published authors against one another in a zero-sum scramble for readers. With a finite amount of money to go around each month, one author’s gain is another’s loss.

Why do people join these subscription programs? It’s hard to believe that it’s not overwhelmingly because of the grassroots marketing efforts of these authors, and yet their returns on that effort appear to be diminishing.

Well-known writers react to Amazon’s plan to pay writers based on the number of pages read.

The Author’s Guild also pointed out that when the Amazon royalty pool hit a record high in March, payments per download hit a low point. So the pool had more readers contributing to it and they were doing more reading than ever, so the experience for Amazon’s users appeared to have been improving. Yet, the payment for the content that fueled that experience, the authors’ writing, was not rewarded any better than it ever had been.

The only other company operating a comparable business at scale is Oyster. We reached out to the startup to find out how it pays writers for downloads in its Netflix-for-books vertical. Matt Shatz, Oyster’s Head of Partnerships, explained, via a spokesperson:

In subscription, every deal is different , but in general we pay publishers based on the digital list price of the book when a certain percentage of a book is read on Oyster. Publishers in turn pay authors based on their royalty agreements—we don’t have any sort of set “pool” of payments that gets divided between authors.

This is a bit of a case of apples and oranges, but only a bit. Oyster overwhelmingly carries books from traditional publishers (though there are self-published books in the pool). Amazon’s pool is much more dominated by self-published books and its own books. What is clear, though, is that under Oyster’s model, if people read more, the company pays more.

This isn’t true of Amazon. Amazon gives itself a roof every month; it sets up a pool to pay authors from. Then, people read whatever they read, and the company divides up payments to the writers based on what got read. The company sets up the pool itself, using its own logic, and under this system, every time someone reads another author’s book, it chips away just a little at what every other author is going to earn that month.

So the real question has much less to do with how Amazon divides the pool of royalties for these unrepresented indie authors. The much more important question is this: how does Amazon set up the royalty pool and why don’t writers know or understand how it decides? 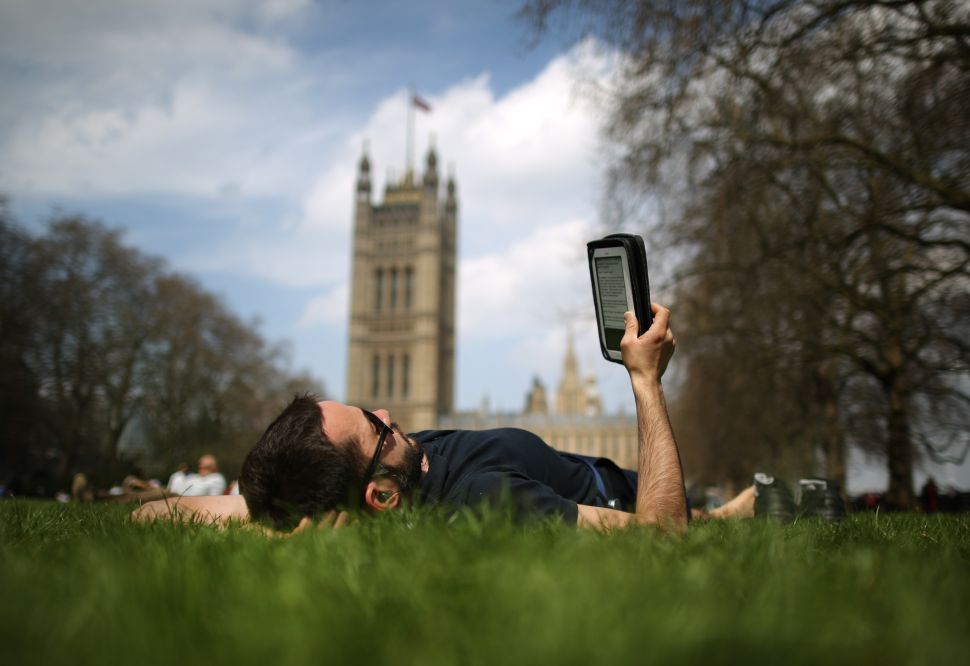