On Palm Sunday April 9, 1865, just five days before Abraham Lincoln’s assassination, the formerly invincible Confederate General Robert E. Lee sat in the small home of a slave-owner named Wilmer McLean in the little town of Appomattox Court House, Virginia. Earlier that day, he’d tried and failed to battle his way into the city, which held vital supplies for his armies. He was quickly surrounded and outnumbered, and, realizing it would be a losing battle, agreed to meet with General Ulysses S. Grant to negotiate his surrender. Now, dressed in an immaculate uniform, he waited for Grant to arrive. As soon as he would, Lee, the great terror of the Union armies, would surrender his own, the much-feared and renowned Army of Northern Virginia.

Though minor hostilities would continue to flare up for a few months, it was a day that would essentially mark the end of the Civil War. The Army of Northern Virginia was the most important element of the Confederate war machine, and without it, the war would inevitably wind down to a close.

The flag we today associate with the Confederacy was in fact never actually the national flag of the Confederate States of America. It was, rather, the battle flag of Lee’s Army of Northern Virginia. And with the surrender and disbandment of the army that day, it should have been the last time that flag flew.

It’s about time we recognized this for what it truly is: an abrogation of America’s most cherished values and a national contradiction.

Today, more than one 150 years later, that Confederate battle flag still flies throughout the South, on front lawns and the backs of pick-up trucks. While that’s jolting enough, our commitment to freedom of speech – even when that speech captures a cause that fought for a moral evil – demands that we protect it. But what possible argument can there be for a flag of rebellion to continue to fly on State Houses within the United States of America? The Confederate flag is literally embedded within the State flag of Mississippi and famously flies atop the State Capitol of South Carolina.

It’s about time we recognized this for what it truly is: an abrogation of America’s most cherished values and a national contradiction.

Let’s not be ridiculous. While there were other factors that led to the Civil War, no serious, objective historian would deny that the principal cause of the war was the institution of slavery and that the South fought to preserve “the peculiar institution.” After all, the issue of State’s rights — often distilled as the principle cause of the war’s outbreak — was a heatedly debated topic since the founding of our country, eighty-four years before the outbreak of the Civil War. This ideological conflict, however, only turned into a massive military death-match once the Federal government began to infringe within newly formed states on the South’s most cherished idea of a “state right,” namely the right to own slaves.

That said, regardless of whether those fighting under the Confederate flag personally believed in slavery or not, they still fought to preserve the practice of buying, selling, and owning human beings, each and every one created in the image of God and endowed with the rights so eloquently expressed by Thomas Jefferson in the Declaration of Independence. Babies were torn away from their mothers’ breasts; men, women, and children were whipped like beasts. This was the essential, defining institution that the Confederacy struggled to preserve.

Robert E. Lee was himself famously opposed to slavery. However, his personal feelings about the institution are immaterial. The only relevant point was that he used his military genius to fight a war that would have kept men, women, and children in chains. The same goes for his flag.

Thirty percent of South Carolina is African-American. In Mississippi, it’s 37%, the highest percentage of any state in the Union. To have citizens of these states watch their tax dollars directed toward flying a flag that symbolizes the oppression of their ancestors is cruel and unacceptable.

That point alone should be enough to retire the flag from State Capitols. But there’s more.

While Lincoln fought to preserve the Union and protect our nation as we know it, the South fought to tear it asunder. The Civil War was a rebellion whose main objective was to the end the historical experiment known as the United States of America. The South was so devoted to the cause of abrogating the Union that they would initiate a conflict that would brutalize the American homeland for four years and incur over a million casualties, more than three percent of the American population of the time and the equivalent of nearly ten million Americans today. Of that million, nearly 700,000 would be killed as a result of the war, including 50,000 civilians. That is equal to all Americans killed in our country’s other wars combined.

That’s quite a price and one which the South was willing to pay until Lee’s surrender in April 1865. The fact that they were willing to draw the United States into a war of such staggering proportions attests to the passion with which they sought to exit the American experiment.

Today, of course, there is a tendency to romanticize the Confederacy as a noble struggle on the part of Southerners to preserve their unique way of life. I can appreciate our attachment to an underdog’s fight against superior forces and the daring with which great military minds nearly brought the North to its knees. I’m a civil war buff and I too love reading about great Southern commanders. But none of this changes the undeniable fact that the South was defined by slavery and that slavery is a moral abomination.

The Confederate flag symbolizes the abandonment of American values and of America itself. It has no place anywhere in American officialdom, least of all atop those buildings and institutions that are meant to represent both.

Shmuley Boteach, whom the Washington Post calls “the most famous Rabbi in America,” is founder of The World Values Network and is the international best-selling author of 30 books, including The Fed-up Man of Faith: Challenging God in the Face of Tragedy and Suffering. Follow him on Twitter @RabbiShmuley. 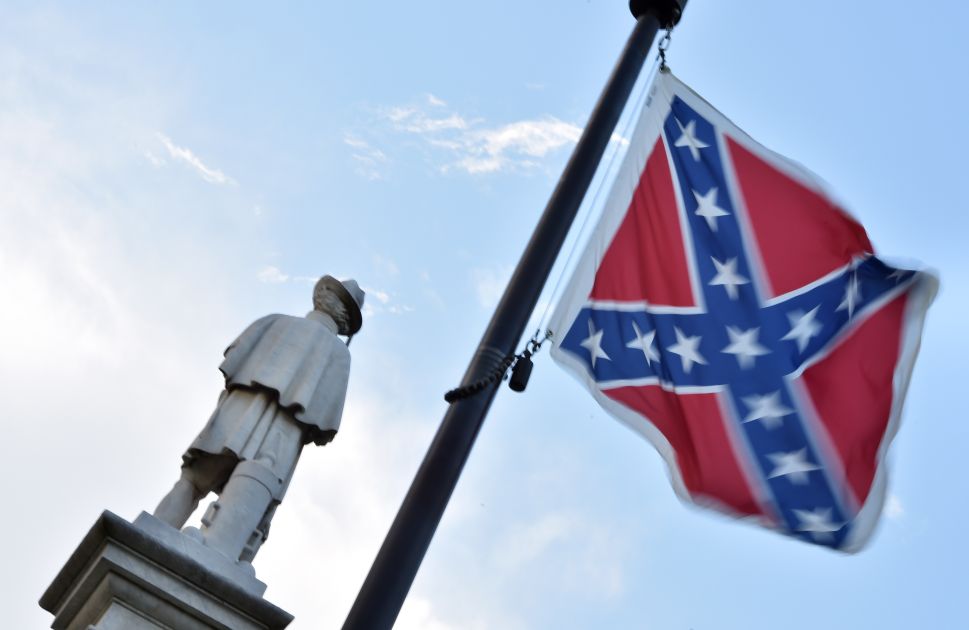