Though Lewis Black plays the emotion Anger in the new animated film Inside Out (Amy Poehler portrays Joy and Mindy Kaling channels Disgust), he displays none of his trademark rage the other morning at West Bank Café. In fact, Mr. Black looks becalmed in a lavender linen shirt and speaks softly, even though he informs me that his next appointment is with his shrink.

In Inside Out, wouldn’t it have been more of a challenge to play Joy? You’ve been typecast as Anger. I typecast myself as Anger. It’s kind of funny, because I would modulate my act, I started to try to find other ways to express anger without yelling all the time, and I found that the audience thought, “Boy, he’s slowing down. Jeez.”

It must get boring sometimes. It’s not so much the anger [audiences] like; it’s the breakdown. What’s funny for them, which to me is a mystery, is when I’m just completely apoplectic.

Perhaps because we all feel rage and we’re unable to express it in polite society? People always say, “You get to say the things I want to say.” That’s a constant. Both sides feel that. And so, even if you don’t agree with what I’m saying, you viscerally [think], “I wish I could yell about what I feel the way he’s yelling about what he feels.”

As a comedian, who is the Republican candidate you savor skewering? It’s like a buffet. Ben Carson is so out of left field for me.

Is it just me or does Scott Walker have crazy eyes? As I’ve said in Wisconsin, he’s the proof that they may have to hang back on their drinking since they’re the ones who elected him. It’s astonishing. I’ve said it before, to be the home of the Progressive Party and Robert La Follette. Seriously? To elect someone who turns around and does union busting? You don’t have to bust unions. They have to sit down together and work it out. You don’t just go, “O.K., we’re going to crack your heads open.”

Aside from Fox News anchors, who is the biggest shit-for-brains on television today?  I’ll tell ya who bothers me–and she seems to be such a nice person–but Carol Costello of CNN. She just kind of asks questions in an odd way. She’s just so irritating in her delivery of the news. She tries to push people to say things she shouldn’t be pushing them towards, and kind of giving an editorial comment that is unnecessary. I need news. The editorial edge like,’That makes me so sad.’ What are you? Fucking nuts?

You supported the troops by performing with the USO during the Iraq War. The roster included Robin Williams, Lance Armstrong and Kid Rock, and I thought, “What a surreal line-up.” It was mind-boggling. First off, Lance was kind of a prick the entire time. Kid Rock and I realized that we couldn’t talk politics within about eight minutes of me being on the plane. And Robin sat there—this is what people don’t know about Robin—he read this book, the history of Iraq. And Robin’s the one that went through the history of Iraq with us. I was literally like, “How can you memorize this shit?” If I read the book, I can tell you, “Boy, they really like their hummus.”

In your book about religion, Me of Little Faith, you open with John Prine lyrics: “Just give me one thing that I can hold on to/ To believe in this living is just a hard way to go.” What do you have faith in? I have faith that people are basically good. The thing that always amazes me is a tragedy occurs, like Katrina, and people get in cars and drive hundreds of miles and help. And without anything—no announcement, “Could you get in your cars and help people out?” To me, that’s extraordinary.

Are there topics you shy away from? Abortion. I don’t have a really good joke, and the joke I had was horrific.

Can you tell it to my readers? I don’t think I can. Abortion is the only word I’ve said on stage that it gets so quiet you can hear every anus in the room snap shut. 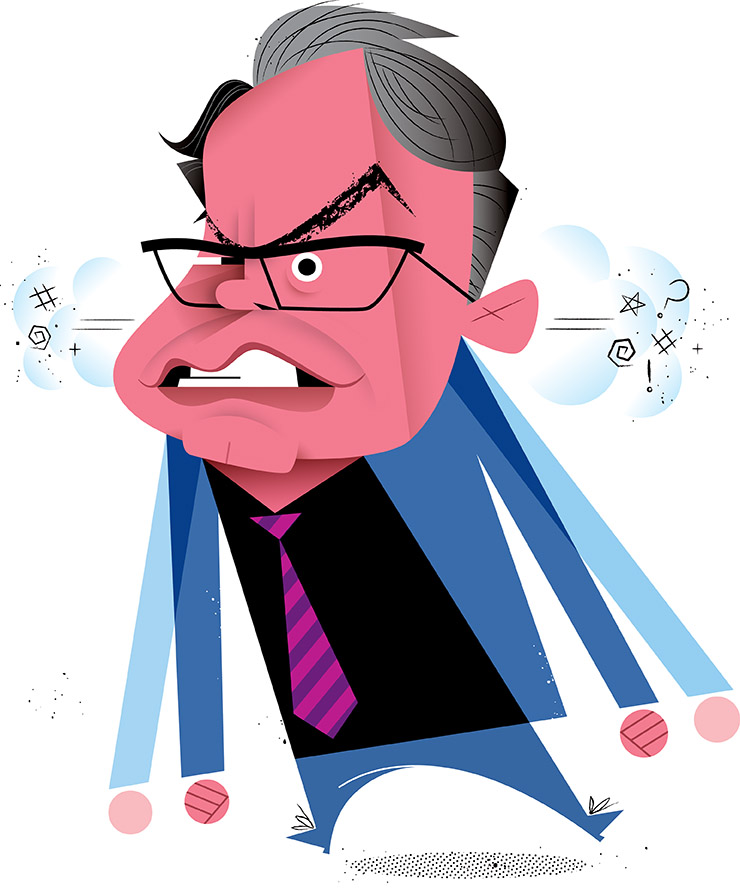