Humanity has taken another step in its efforts to explore its own galaxy. A lightsail successfully deployed in space this week, according to The Planetary Society, an American non-profit founded by the late Carl Sagan. Using the force exerted by sunlight, the sail will provide the means of locomotion for a craft which will orbit the Earth, gather imagery and demonstrate the feasibility of driving satellites and even vessels through space using that same force. That said, going deep into space isn’t the only way lightsails might be useful for human explorers.

Lightsails could also be used to clean up space, which is the main way that the European Space Agency is thinking about the technology.

As humanity has put more and more technology into orbit around the Earth, much of it ends up becoming defunct and uselessly floating around.  In 1978, NASA scientist Donald Kessler predicted that if satellites are deployed without a plan for safely deorbiting them at the end of their useful life, they will begin to collide with each other, shatter into debris and turn into thousands of untrackable shards of space junk that could at least severely damage and perhaps completely destroy spacecraft that collides with it. In other words, humans could one day be trapped on Earth by our own space garbage.

NASA counts 500,000 pieces of such debris in space. Every time big pieces collide (as they do) it makes much more.

The European Space Agency’s Gossamer Deorbiter project is developing drag sails, lightsails that would be included on satellites in order to drag them slowly out of space when satellites reach the end of their missions. The ESA has not yet deployed a dragsail on a satellite yet, according to the agency’s Dr. Sven O. Erb.

“ESA has a number of ongoing technology activities to further mature the drag sail technology so that in the future it can be accommodated as a kit on satellites in low earth orbit to support orbit decay and reentry in the atmosphere,” Dr. Erb told the Observer in an email. “At this moment, we have not identified a particular application mission, but rather look at the possibility of a demo mission.”

Meanwhile, the Planetary Society wants to go deeper. Its next LightSail will be launched from SpaceX’s Falcon Heavy rocket at an orbit of 450 miles in 2016.

“I’m very proud to say that our LightSail test mission was a success. We saw again that space is hard. It’s a test flight, and sure enough our little spacecraft tested us,” Bill Nye, the organization’s CEO, said in prepared remarks.

The lightsail took off on May 20, as the lone CubeSat on board a United Launch Alliance (ULA) Atlas V rocket from Cape Canaveral Air Force Station.

Scientists have been fascinated by lightsails for decades— as shown in this video from The Planetary Society, Carl Sagan appeared on The Tonight Show in 1978 and demonstrated for Johnny Carson what a prototype lightsail would look like. 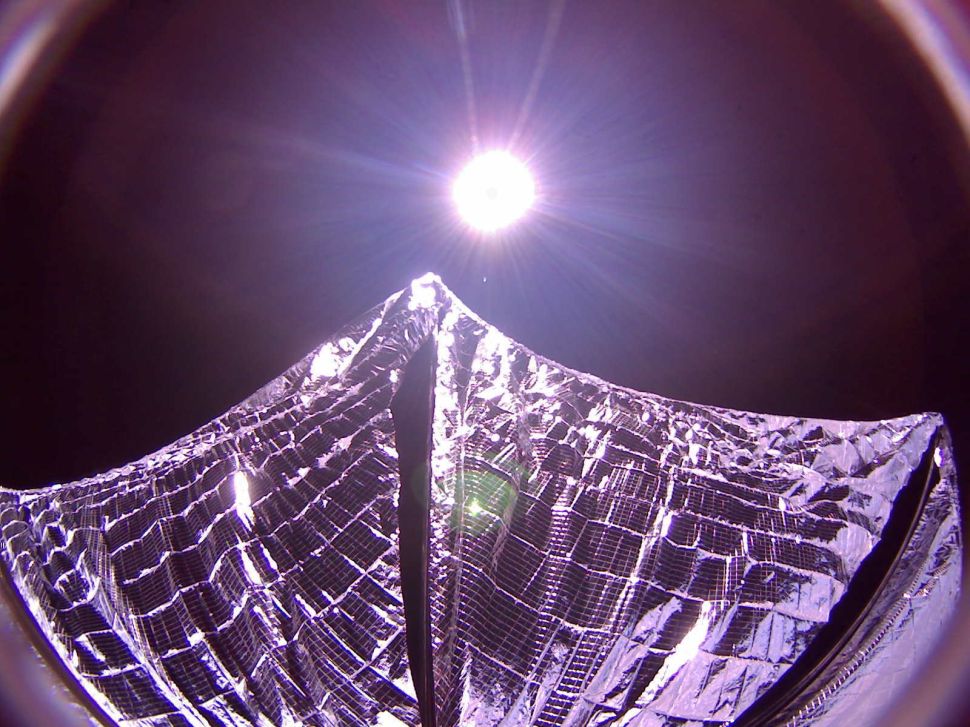