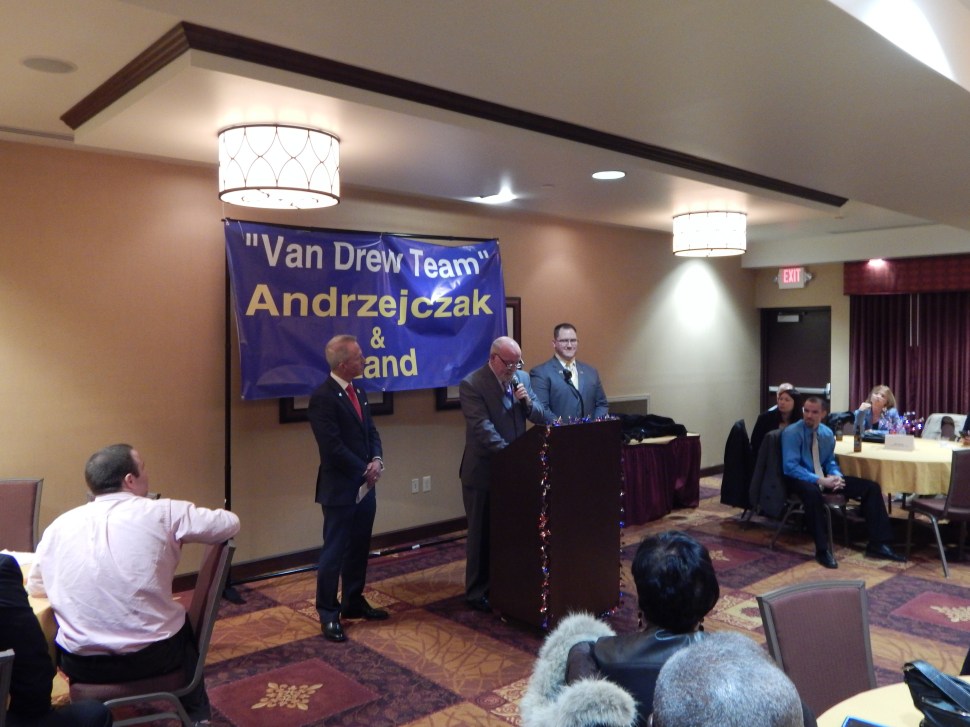 TRENTON — The second legislative district isn’t the only place where plans for bringing casinos to North Jersey are drawing the ire of South Jersey officials — and creating a political quandary for split-ticket representatives in the heat of one of the most competitive Assembly races in the state this year.

In a neighboring first legislative district, where the economic and social issues of gaming in New Jersey figure just as hugely into policy and political decisions as they do in LD2, lawmakers on both sides of the aisle are coming out against the idea. North Jersey lawmakers have ramped up their calls in recent weeks to pass a constitutional amendment that would allow casinos to be erected in their own districts — and effectively expand gaming beyond a beleaguered Atlantic City, to which it’s been limited over the past several decades.

Proponents of the plan have noted the economic benefits — including the more than $40 million in projected revenues a casino in the Meadowlands could generate — gaming in a population-dense Bergen or Hudson County could bring to the region. They’ve also sought to placate the concerns of many South Jersey officials by promising a portion of the money made by any new gaming halls would find its way back down to Atlantic City, where it be would dedicated to subsidies for non-gaming development.

But South Jersey lawmakers, it appears, aren’t so sure. In LD2, Assemblymen Vince Mazzeo (D-2) and Chris Brown (R-2) — a Democrat and Republican whose district includes much of Atlantic County — have both announced their opposition to the plan, claiming a casino in North Jersey would have disastrous effects on Atlantic City’s already depressed gaming market. In LD1, which includes Cape May and Gloucester but also parts of Atlantic County, both Assemblymen also say they’re against it.

“For us, we’re completely opposed to it, for one because a lot of our constituents do work in the casinos industry,” Assemblyman Bob Andrzejak (D-2) told PolitickerNJ. “And We’ve had 5,000 people laid off by the closing of casinos. So by putting up anymore casinos, especially in North Jersey, it’s going to be keeping people up there instead of coming to Atlantic City. We’re already struggling enough as it is, trying to get back on our feet and be successful again. There’s a management plan put in place, but it needs more time. What they’re going to do in North Jersey is going to cripple us.”

Andrzejak is running on a slate with Vietnam War veteran Bruce Land against Fiocchi and Cumberland County freeholder Jim Sauro, and the contest has already been divisive. Mud has been slung from both camps, but particularly from Republicans, who have wasted no time in going after their opponents’ connection to state Senator Jeff Van Drew (D-1), a sort of local South Jersey powerbroker who is campaign hard with the down-ballot Democrats this season, despite not being up for reelection himself. At their kickoff event earlier this year, Fiocchi and Sauro slammed the opposing ticket, asking why the candidates “surrender control of their campaign, and why they tolerate being told when they can speak and when they can’t.”

But on the question of casinos in North Jersey, both Fiocchi and Andrzejak seem to agree. The Democrat’s points echo those of his Republican district-mate, who issued his own salvo on the topic earlier this week.

“Casinos in North Jersey are a bad idea, and I disagree with both Governor Christie and the Democrats who control both the Senate and Assembly on this issue,” said Assemblyman Sam Fiocchi (R-2). “Studies have shown that a North Jersey casino could force another 10,000 people in our region to lose their jobs. My constituents here in Cape May, Cumberland and Atlantic Counties are opposed to North Jersey casinos and so am I.”

It’s a difficult political quandary for all four candidates, not only because it pits lower lawmakers against their own parties’ leaders, as Gov. Chris Christie, most Democrats in the legislature, and potentially its Republican caucus, too, have all signaled their support for some form of gaming in North Jersey. But it also comes during an election year, when the split-ticket candidates in each district have been digging for any issue that will distance themselves from one another.

In LD2, for example, Christie’s support for North Jersey casinos has blunted an attack by Republicans to take Mazzeo to task over a purported lack of conviction on opposing similar measures in the past. The same will probably be true for LD1, where the issue threatens to throw off similar traditional Republican-Democrat battle lines.

Andrzejak, however, suggested that protecting Atlantic City may be important enough to put those battle lines aside — at least for now — and work against North Jersey interests.

Van Drew is also said to oppose the proposition of expanding gaming beyond Atlantic City. 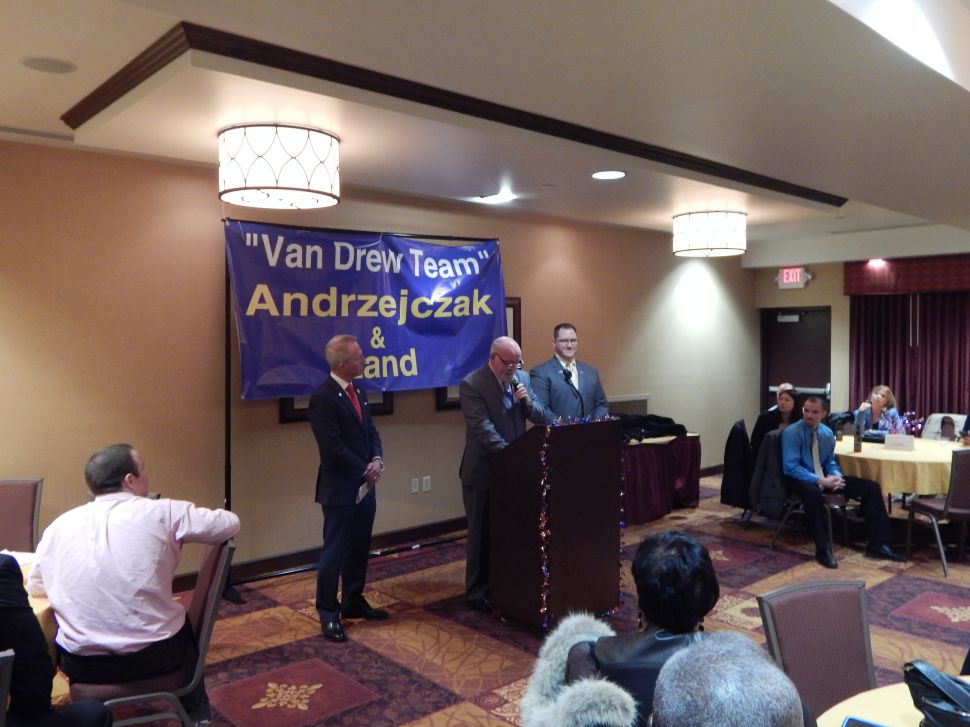