The Daily isn’t just that magazine you get thrust into your hand when you’re at Fashion Week. They’re chic all year round, and they’re celebrating their summer season premiere issue, which stars Toni Garrn. Grab a chic summer cover-up and sunscreen (always sunscreen; Wednesday Addams was a trendsetter). La Piscine at the Hotel Americano, 518 West 27th Street, 5:30-7:30 p.m., invite only

The Brooklyn-via-Austria percussionist and composer Lukas Ligeti will be celebrating his 50th birthday with a very special performance. You can expect to see Mr. Ligeti on drums, as well compositions that feature other, more untraditional instruments ranging from toy pianos to the kalimba. Austrian Cultural Forum New York, 11 East 52nd Street, 7:30 p.m., free but reservations recommended

If you liked Sleep No More but wished it was less gothic mystery and more Southern charm, you’ll love Debutant. The interactive dance-based show is set in the world of Southern debutantes, but it’s been described as “Emily Post meets Lord of the Flies.” Things will turn savage, so get ready to clutch your pearls. Atelier Roquette, 63 Commerce Street, $35, 8 p.m.

Cross our hearts, hope to die; you’ll want to go to this party. Or, at least wear some of the wares from it. Last year, Lisa Jackson began work on her LJ Cross line of jewelry. The line was inspired by the costume jewelry crosses her late brother collected. Many of the beautiful pieces are set in rose and white gold, with pavé diamonds. Unsurprisingly, the line has fans among notable women in fashion like Vera Wang and Tory Burch—who aren’t put off by the fact that prices go up to around $120,000. For those on a less Primates of Park Avenue budget, there are also pieces for a more moderate $750. Today, Ms. Jackson will be making her way from her Madison Avenue shop to a summer pop-up at JANGEORGe, where her jewelry line will be featured. She’ll be celebrating with a special reception where you’ll be able to mingle with a super-chic crowd, and try on some spectacular baubles. JANGEORGe, 11-17 Madison Street, 3-6 p.m.

So we beat on, boats against the current, borne back ceaselessly into the past … and that’s a good thing. Well, insofar as it applies to the Jazz Age Lawn Party, at least. This year, the event is celebrating its 10th anniversary with dancing, drinking, delicious gourmet treats and general flapper-like cavorting. 1920s attire is appreciated so this is the perfect opportunity to don your best jaunty fascinator to channel Daisy Buchanan or Jay Gatsby. You’ll be able to dance the Charleston to the sounds of Michael Arenella and his Dreamland Orchestra and enjoy cocktails provided by St-Germain French elderflower liqueur and Martini & Rossi sparkling wines. Antique gramophones will be playing tunes from the era, and there will be will be an opportunity to get a vintage-style portrait done in one of the party’s special photo booths. There’s even a 1920s motorcar exhibition, which may or may not have Gatsby’s yellow Rolls Royce on display. And of course, you’ll have ample opportunities to do some whispering among “the champagne and the stars” with your turtledove. Governors Island, 11-5 p.m., $55

Yo ho, matey, it’s Robert Kurson’s book launch. Not only is he our editor in chief’s brother, but Mr. Kurson is a New York Times best-selling author in his own right. Tonight, he’ll be celebrating the publication of Pirate Hunters: Treasure Obsession and the Search for A Legendary Pirate Ship. We hear it’s supposed to be this summer’s hot beach read. (Yes, there will be eyepatches. #glaucoma.) The Rusty Knot, 425 West Street, 6-8 p.m., invite only

Hey, Tony Danza sings! That might be something you overlooked on Who’s the Boss? and Taxi. In case you also missed Honeymoon in Vegas—in which he actually tap danced, too, and fairly credibly—he’ll be performing at the Carlyle in the show called Tony Danza: Standards and Stories, running from tonight until the June 27. Café Carlyle, 35 East 76th Street, 8:45 p.m., $60-$140

Brad Goreski will be hosting a very special DIY design event/home show through a partnership with Shutterfly. The theme is Summer in the City and you’ll be able to check out an amazing collection of home décor pieces personally curated by Goreski. The Glasshouses, 545 West 25th Street, 5:30-8 p.m., invite only 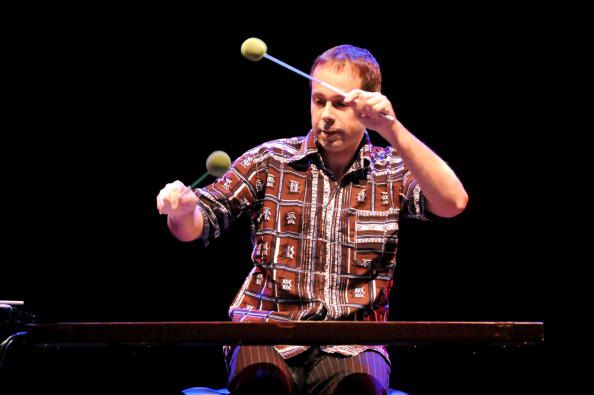