In a scene all too typical in present day Washington, the culmination of Trans-Pacific Partnership negotiations, along with the push for passage of related legislation such as Trade Promotion Authority (or Fast Track) have set off a lobbying frenzy.

While liberal organizations and members of Congress deride the TPP as the biggest boondoggle since NAFTA and President Obama defends it as “the most progressive trade treaty ever,” the influence peddlers who populate K Street see opportunity.

This is now “par for the course,” according to Lydia Dennett, an investigator at the Project on Government Oversight [POGO], a nonprofit watchdog. “If a certain country wants trade legislation that will be beneficial to them they can hire an American lobbyist to get them the access the need.”

We won’t know the full extent of Mr. Daschle or DCI’s work on behalf of Japan until their next series of Foreign Agent Registration Act [FARA] disclosure reports are filed with the Department of Justice in a few months.

One concern among good government advocates is that a lack of timely FARA reporting could obfuscate some of the lobbying going on at the behest of foreign clients. A 2014 report by POGO found that 46 percent of the reports were filed late. Enforcement is rare for these relatively minor infractions and the DOJ’s website states it “seeks to obtain voluntary compliance with the statute.” Ms. Dennett called on Congress to add civil penalties to the FARA Act that to encourage more aggressive enforcement of its statutes.

Common Cause, an open government advocacy organization, sounded similar alarms. “Our concern is in ensuring that the process is fully transparent and that the laws barring foreign nationals from contributing, donating or spending funds in connection with any federal, state, or local election in the United States, either directly or indirectly, are fully observed,” said Dale Eisman, the organization’s communications director.

While we don’t yet know the extent of Mr. Daschle or DCI’s work, filings from other firms working on behalf of Japan, paint a picture of the country’s efforts.

For much of their direct lobbying Japan relies on Akin, Gump, Strauss Hauer & Feld, whom they paid $388,000 during the most recent six-month reporting period. In that time the firm’s lobbyists contacted Congressional offices at least sixty times and engaged in at least eight exchanges with the United States Trade Representative’s office specifically focused on the TPP, TPA, and related issues. Seventeen of those contacts were with one particular staffer, Kaitlin Sighinolfi, a trade policy advisor for Republican Louisiana Congressman Charles Boustany. 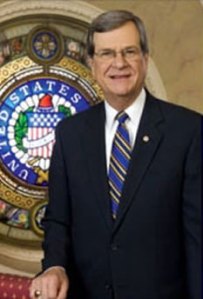 Mr. Boustany’s office did not respond to a request for comment on these contacts, but they are likely related to the desire of Louisiana farmers to lower tariff barriers, enabling them to export more of goods to Japan.

Another TPP country, Vietnam, received more hands-on service from the Podesta Group—paying them $180,000 during the same six-month period. On Vietnam’s behalf, the firm made contact with government officials at least 90 times. They also engaged with media outlets ranging from The New York Times to the Food Network on behalf of Japan.

Working at the behest of foreign governments is a lucrative practice area for the Podesta Group which billed a total of $2,096,666.05 to more than nine overseas governments, including Azerbaijan, India, Iraq, Korea, Somalia, and Hong Kong during the last six month of 2014.

Japan’s aggressive lobbying efforts in Washington are part of an overall increase in foreign nations seeking to purchase influence in Washington. According to Frank Samolis, co-chair of the international trade group at DC behemoth Squire Patton Boggs, there has been a measurable “uptick [in business under the Foreign Agent Registration Act] due to TPA and related bills in Congress.”

Mr. Samolis is a veteran of Capitol Hill trade fights. He previously worked on behalf of Korea, Columbia, and Peru during their trade negotiations with the United States. He now represents Temasek, Singapore’s Sovereign Wealth Fund, which paid his firm $132,055.72 during the last six-month filing period, as the country engaged in TPP talks.

SPB represents multiple foreign principals with an interest in the TPP including, China, which paid the firm $392,014.17 over the same period.

Mr. Samolis explained that when working on behalf of foreign powers, lobbyists “need to find a confluence with [United States government] interests wherever possible.”

“US policy makers understand that a client is foreign, so they are aware and need to be convinced how [the clients] interest comports with [United States government] objectives,” Samolis told me. “For that, we need to make a strong legal and policy case, backed up by the facts.”

Insiders like Mr. Samolis play another critical role. “At least half of my time is devoted to providing intel on US developments and likely future actions,” he stated.

This points to the reason Japan and other countries are eager to hire former senior members of Congress and well-connected insiders. The ability to glean information from former colleagues and contacts is just as important as their skill at influencing legislative and administrative outcomes. This expertise is particularly crucial during complex foreign negotiations requiring approval of a finicky and partisan Congress.

Mr. Samolis’ firm has a platoon of ex-lawmakers including former Senate Majority Leader Trent Lott, a Republican, along with former Louisiana Sen. John Breaux, a Democrat. Pocketing money from foreign governments seems to one of the few things both parties agree on.

With numerous trade treaties on the horizon, Mr. Samolis and his colleagues’ workload is only likely to increase because ultimately foreign governments spend significant amounts of money on lobbying and relate activists for the same reason that domestic corporations and other interest groups do. They know in Washington, DC influence can be bought.

Ari Rabin-Havt is host of “The Agenda” on SiriusXM Progress 127. 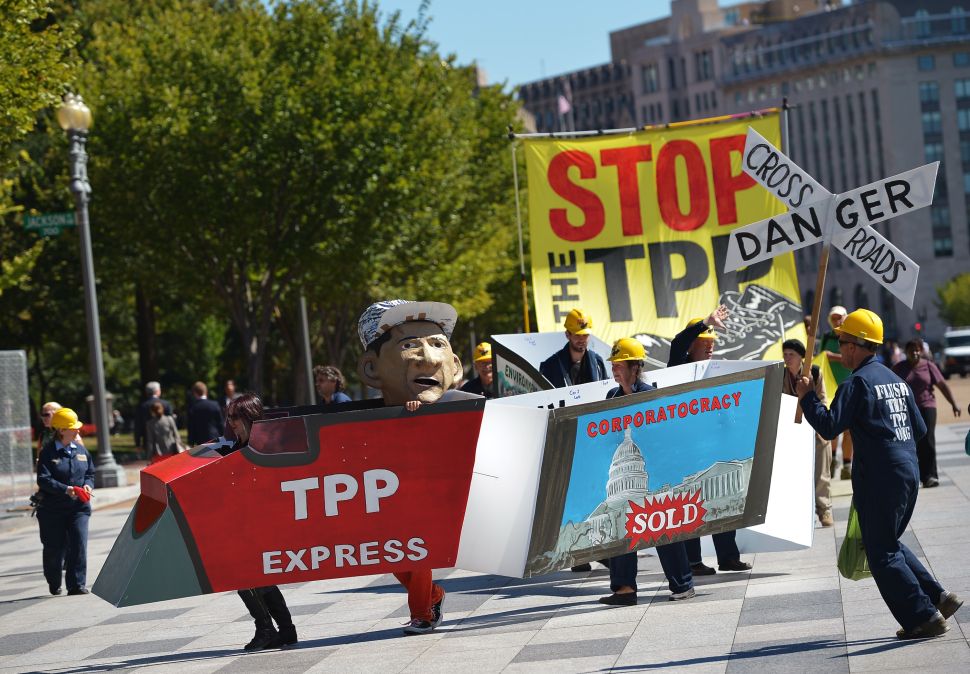