Authored by Assemblyman Vince Mazzeo (D-2), who stands in one of the state’s most (and only) competitive general election districts 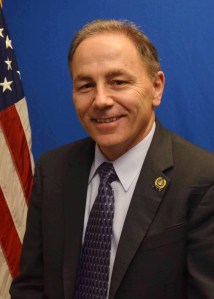 this year, Assembly Bill No. 3981, otherwise known as the “Casino Property Tax Stabilization Act,” passed this afternoon by a vote of 51-20-2.

The bill requires that beginning with tax year 2015, and for the next succeeding 14 tax years, casino gaming properties located in the City of Atlantic City would be exempt from local property taxation on real property and improvements, including accessory hotels, conference centers, parking garages, and other appurtenant facilities.

According to the language of the bill, Assembly Bill  3981 defines “casino gaming property” as one or more parcels of real property, and adjacent property utilized in connection with such property, upon which there is located a facility licensed to be used for casino gaming in 2014 or thereafter, whether or not in actual operation, which has more than 500 guest hotel rooms and is not subject to recorded covenants prohibiting casino gaming.  For this 15-year period, casino gaming properties would be required to fulfill their property tax liabilities by making annual payments in lieu of taxes (PILOT), the amount of which would be based on casino gaming revenues.

In exchange for the property tax exemption granted in the bill, the owners of casino gaming properties must sign a financial agreement with the City of Atlantic City promising to make quarterly payments to the city totaling $120 million in 2015.  In 2016 and in each tax year thereafter, the total PILOT amount would be determined based on “gross gaming revenue” which is defined in the bill as the total amount of revenue raised through casino gaming from all casino gaming properties in Atlantic City.  Increases or decreases in the PILOT payment are capped at no more than two percent per year.  The city is required to allocate an unspecified portion of the PILOT to the Atlantic City School District and Atlantic County.

The legislation also establishes, on January 1, 2028, a 7-member Atlantic City Review Commission.  The commission is charged with reviewing and determining: (1) the efficacy of the PILOT program, (2) the economic vitality and viability of Atlantic City’s casinos; (3) the vitality and viability of the Atlantic City municipal government; (4) the effect of the PILOT program on the economic vitality of the casinos, Atlantic City’s ability to fund its municipal government and provide services to its residents; and (5) the feasibility of continuing the PILOT program.  The commission is required to issue its findings and recommendations in writing to the Governor, President of the Senate, and Speaker of the General Assembly by July 1, 2028.

The bill was one of a five-bill package Democrats had Mazzeo sponsor to ostensibly bring property tax relief and stability to Atlantic City’s residents and businesses as part of efforts to reinvigorate the region’s economy and create jobs.

All five bills passed on Thursday.

The other bills in the package would:

The bills now await further consideration by the Senate.