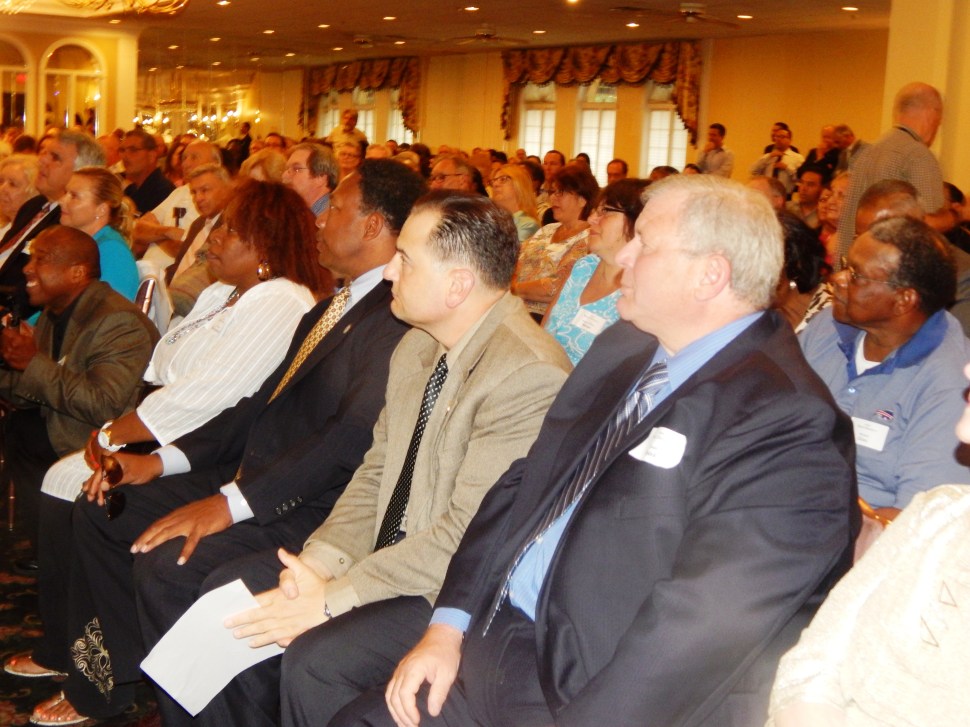 TRENTON — Democratic lawmakers in the Assembly and Senate want to modernize the state’s voting practices, and on Monday announced a set of sweeping overhauls to “outdated” voter rights laws that include plans to allow early voting, online and automatic voter registration and same-day registration. (Brush/PolitickerNJ)

There is strength in numbers, and leaders of the legislature’s black caucus say they aren’t above using that strength to force Senate President Steve Sweeny (D-3) and Assembly Speaker Vinnie Prieto (D-32) to acknowledge their concerns. (Brush/PolitickerNJ)

The AFL-CIO has endorsed only Assemblyman Vince Mazzeo (D-2) in District 2. (Pizarro/PolitickerNJ)

Today’s Monmouth University Poll finds that “undecided” is the most popular response when Republican voters nationwide are asked who they support as their party’s standard bearer.  It remains difficult even to identify a clear “top tier” in the field of 16 possible 2016 Republican presidential candidates.  The poll also found that national security and gun control are among the issues Republican voters consider to be most important in their vote choice. (Politicker Staff)

TRENTON – As the competition for potential future casinos continues to furiously swirl around North Jersey, state Senator and former Governor Richard Codey (D-27) posed a theory about why competing casino sites in Newark, Jersey City and the Meadowlands region are now vying to gamble on the gaming industry. Hint: the source comes from a place where Eagles soar above both Jets and Giants. (Bonamo/PolitickerNJ)

Democratic leaders rolled out a bill they say would revamp and modernize the election system. (Aron/NJTV)

Former Florida Gov. Jeb Bush acknowledged Monday that the 2016 Republican field that he was supposed to have cleared six months ago remains cluttered with rivals. (Stile/The Bergen Record)

PATERSON – Students at School 7 won’t have a librarian or a music teacher next school year. They won’t have science and social studies for half the year. And there will be fewer classroom aides to help students who fall behind. (Adely/The Bergen Record)

This year’s race for Bergen County freeholder will include a pair of third-party candidates competing with full slates of Democrats and Republicans. (Ensslin/The Bergen Record)

Dave and Busters moved one step closer Monday to clearing the legal hurdle that prevents its sports bars that feature games and other amusements from coming to New Jersey. (Hayes/The Bergen Record) 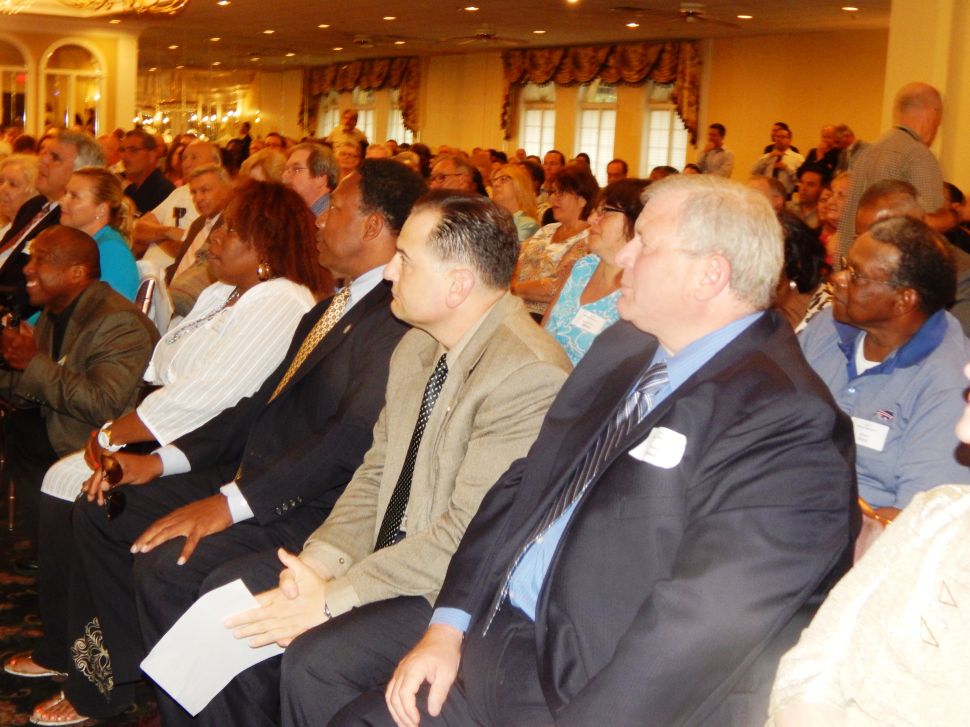