At Women’s Political Caucus of N.J. PAC event, “Women get it done, yet again”

TRENTON – At the Thursday night fundraiser for the Women’s Political Caucus of New Jersey (WPCNJ) political action committee held in Trenton, the organization’s leadership, supporters and rank and file members stood together to say one thing, together, united: in New Jersey politics, despite miles to go to overcome a system long dominated by men, women’s day has come.  (Bonamo/PolitickerNJ)

The GOP’s uneasy relationship with the Confederate Flag

If there’s one subject on which you just can’t win as a Republican politician these days, it seems to be the Confederate flag. (Phillips/The Washington Post)

The race is on for the Latino vote

MESQUITE, Nev. — Laura Aguilera is 19 and works seven days a week in this city in the baking Nevada desert to earn money for nursing school. So, she explained after a 10-hour shift at Los Lupes Mexican restaurant, “I haven’t had time to focus on who is running for president yet.” (Jordan/The Washington Post)

With two Hispanic senators, a retired African American neurosurgeon and, soon, an Indian American governor from the South, the Republican primary field offers voters the most diverse pool of candidates in memory. (WIlliams/The Washington Post)

The legal loophole that allowed Dylann Roof to get a gun

Dylann Roof, the man accused of a shooting spree that left nine people dead at a historic black church in Charleston on Wednesday night, should not have been able to get a gun. (Guo/The Washington Post)

Plenty of parking for a waterfront casino in Trenton, Hughes says

TRENTON — Mercer County Executive Brian Hughes says he supports a regional initiative by Central Jersey lawmakers to get a casino in their districts — and offered to host it in his own county.

“Right off the bat I’ve said the riverfront, just because we already have some development down there and it’s easily accessible,” Hughes said, referring to currently underutilized waterfront property in Trenton, where most of the state’s offices are located. “Lord knows the state of New Jersey has enough parking down in Trenton that is certainly not used after four o’clock and makes it an ideal location.” (Brush/PolitickerNJ)

Speaking in the wake of the church shooting in Charleston, S.C., Gov. Chris Christie of New Jersey suggested on Friday that changes to the gun laws would not effectively stop such violence.  (Fandos/The New York Times)

Gov. Chris Christie told a group of religious voters that “laws can’t change” what happened in Charleston, South Carolina this week, when a white gunman open fired on a Bible study group in a black church, killing nine people.  (Brush/PolitickerNJ) 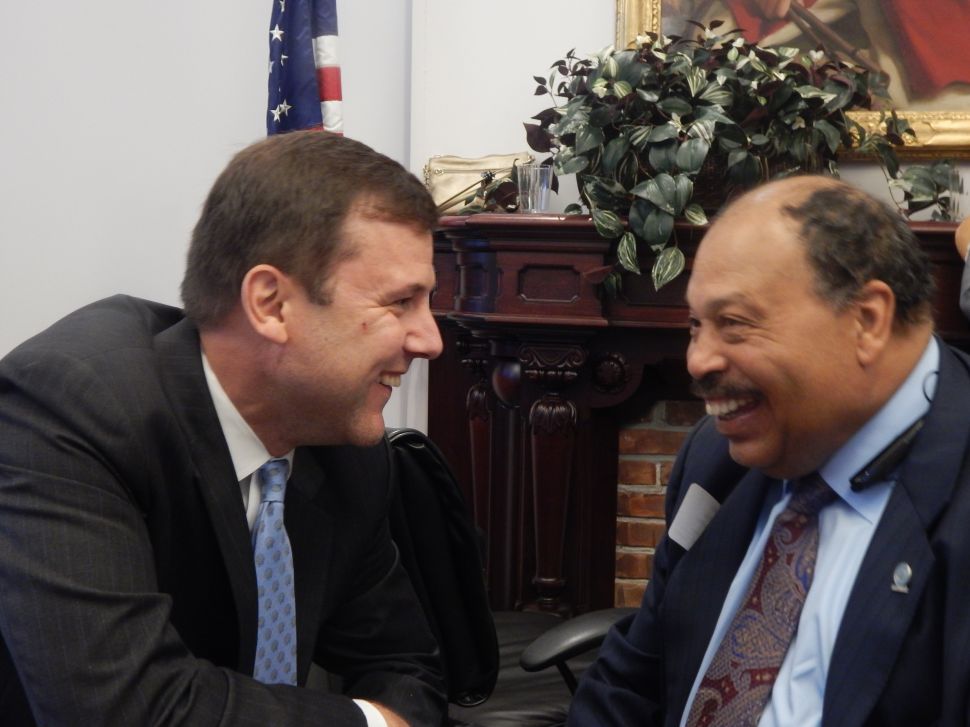