TRENTON — Lawmakers in New York may have settled on a new round of legislation to reform an embattled Port Authority, but in New Jersey, where the initiative first began, a gaping divide over the issue looks like it will continue to prevent the same kind of progress.  (Brush/PolitickerNJ)

TRENTON — Moving a step closer on its fast track to the governor’s desk, the Assembly Appropriations Committee voted up a complex bill aimed at modernizing and streamlining New Jersey’s voter laws today.

Along party lines, members of the committee debated and ultimately passed the bill, introduced by Democratic leaders in both houses last week and dubbed the “Democracy Act” for its intended goal of increasing voting rights access to certain demographics in the state. Sponsors of the bill say it would make it easier for residents to register to vote and vote in state elections by implementing measures like online voter registration, same day registration, and new technologies at the ballot boxes — all of which would help increase voter turnout in the state, which ranks 39th in the country in terms of registered voters at 64 percent, with an average voter turnout of  54.5 percent.  (Brush/PolitickerNJ)

TRENTON — State Senator and Budget Committee Chair Paul Sarlo (D-36) says Democrats are set to introduce a $35.3 billion budget that will focus its resources on education and a beleaguered retirement fund, including a full five-sevenths pension payment for the 2016 fiscal year.  (Brush/PolitickerNJ)

Cami Anderson, the superintendent of the Newark public school system who became a lightning rod in the debate over education reform in New Jersey and nationally, resigned on Monday, eight months before her contract was to expire.

An adviser and longtime friend to former Mayor Cory A. Booker and appointed by Gov. Chris Christie, Ms. Anderson had been hounded by protests from students, parents and local leaders for more than a year. She had feuded openly with the city’s populist new mayor, Ras J. Baraka, a former high school principal who was elected last year on a promise to return Newark — and its schools, which have been under state control for 20 years — to Newarkers.  (Zernike/The New York Times)

The annual budget dance in Trenton typically leads to interparty fighting in June, but observers said that this year’s proceedings were particularly defined by gridlock, resulting in more political theater than fiscal negotiations.  (Haddon/Wall Street Journal)

The new bill could be voted on Tuesday in the New York Legislature. Port Authority legislation must be adopted in identical form in both states.

The proposal includes switching authority leadership from a New Jersey chairman to a rotating chairmanship, starting with New York, plus adding a board-chosen chief executive.

Current Chairman John Degnan, a Christie appointee, made a pitch for support for the bill when he testified Monday before the Assembly Transportation and Independent Authorities Committee.  (Jordan/Asbury Park Press)

ATLANTIC CITY — A company that wants to build windmills off the coast of Atlantic City is taking its case to New Jersey’s top court.

Under the measure, employees would be able to use paid sick time if they became ill, or if they needed to care for a family member.

“We think that it’s a good thing for working people in our state, that currently don’t have sick leave,” he said. “You don’t want workers coming to work who are sick and spreading what could be contagious illnesses.”  (Matthau/NJ101.5)

Working to “ensure state government continues to deliver results and reform for the people of New Jersey”, Governor Chris Christie today announced the departure of three long-serving cabinet members, along with new leaders for those posts.  (Brush/PolitickerNJ)

Embattled Schools Superintendent Cami Anderson will step down from her post by July 8, according to an announcement by the governor’s office today.

The news comes amid repeated calls for the official’s resignation, who has presided over a controversial restructuring of Newark’s school district, under a plan dubbed “One Newark”, over the past several months.  (Brush/PolitickerNJ)

According to NJ Advance Media, Florida Senator Marco Rubio is scheduled to hold a fundraiser on August 13 at the Colts Neck home of Juan and Marta Gutierrez, a wealthy Cuban couple who own a construction business in the state.

The pair has a history of donating to political candidates of Cuban descent in New Jersey, including U.S. Senator Robert Menendez and U.S. Rep. Albio Sires (D-8).  (Brush/PolitickerNJ) 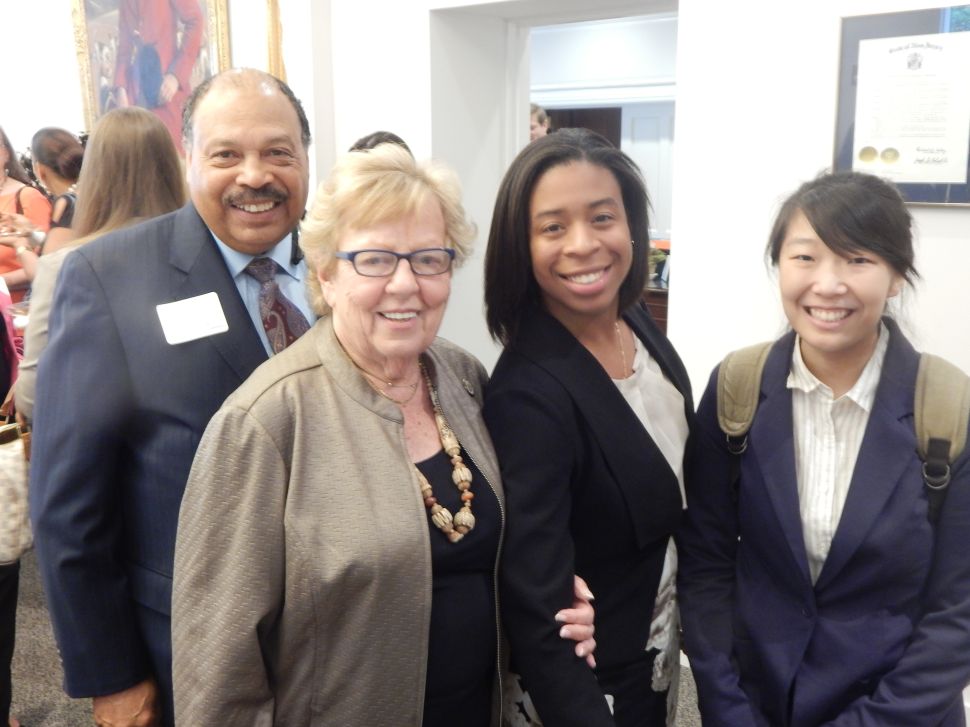