ELIZABETH and UNION – New Jersey’s 20th. This district gave birth to Tony Williams, the angelic voice of the Platters, suckled the likes of Judy Blume and Ray Liotta to its maritime breast, bears the remains of Stephen Crane, contains a raging immigrant American population unequal parts African-American, Puerto Rican, Cuban, Colombian, Irish, Polish, and probably everything else, and each Election Day takes another very hard run at itself, two willful sides of its myriad personalities coming off their stools for the next round. (Pizarro/PolitickerNJ)

WESTFIELD – A bevy of Republican stalwarts, including New Jersey Gov. Chris Christie, braved the rain and came out to state Assembly Minority Leader Jon Bramnick’s (R-21) Westfield home on Monday night to support the GOP campaign to take over the state Assembly in 2015. (Bonamo/PolitickerNJ)

TRENTON — Assemblymen Vince Mazzeo (D-2) and Chris Brown (R-2) don’t agree on much. Nor should they — they’re a Democrat and Republican, respectively. And they’re both running for reelection this year. (Brush/PolitickerNJ)

JERSEY CITY – If Jersey City Mayor Steve Fulop is going to move smoothly one day into the heart of New Jersey power in Trenton, he has to travel unblocked down Martin Luther King Jr. Drive, the main artery of Jersey City’s Ward F, in the 31st Legislative District Democratic state Assembly primary on Tuesday. (Bonamo/PolitickerNJ)

Central Jersey lawmakers to Sweeney on gaming question: ‘What about us?’

Prominent state lawmakers from both parties want the question of casino gaming broadened to include consideration of Central Jersey. (Pizarro/PolitickerNJ)

As outside money pours in, GOP leaders pick a side in Morris County

After five months of forums, fundraising appearances and trips to the early states, the 2016 Republican nomination contest is as unsettled as ever, with no candidate receiving more than 11 percent support and seven candidates all within three points of one another, according to a new Washington Post-ABC News poll. (Balz, Craighill/The Washington Post)

Hillary Clinton camp seeks to both raise and lower expectations

Hillary Rodham Clinton’s campaign spokesman on Monday sought to raise and lower expectations at the same time, announ­cing a New York City venue for her first big rally while also suggesting that she does not expect to break 50 percent in the early primary states of Iowa and New Hampshire. (Gearan/The Washington Post)

Listed below are the candidates in contested primaries in Tuesday’s election across Bergen, Passaic and Morris counties. Polls are open from 6 a.m. to 8 p.m. (D) denotes Democrat, (R) denotes Republican, (I) denotes independent, * denotes incumbent. All council elections are for two seats unless otherwise noted. (The Bergen Record)

Two months ago today, Sen. Bob Menendez was indicted on corruption charges, and since then he has made a concerted effort to show he is fully able to do his job. (Jackson/The Bergen Record)

TRENTON — All 80 Assembly seats are up for reelection this year. But in the 40 legislative districts, only five have contested races in Tuesday’s primary elections. (Friedman/The Star-Ledger) 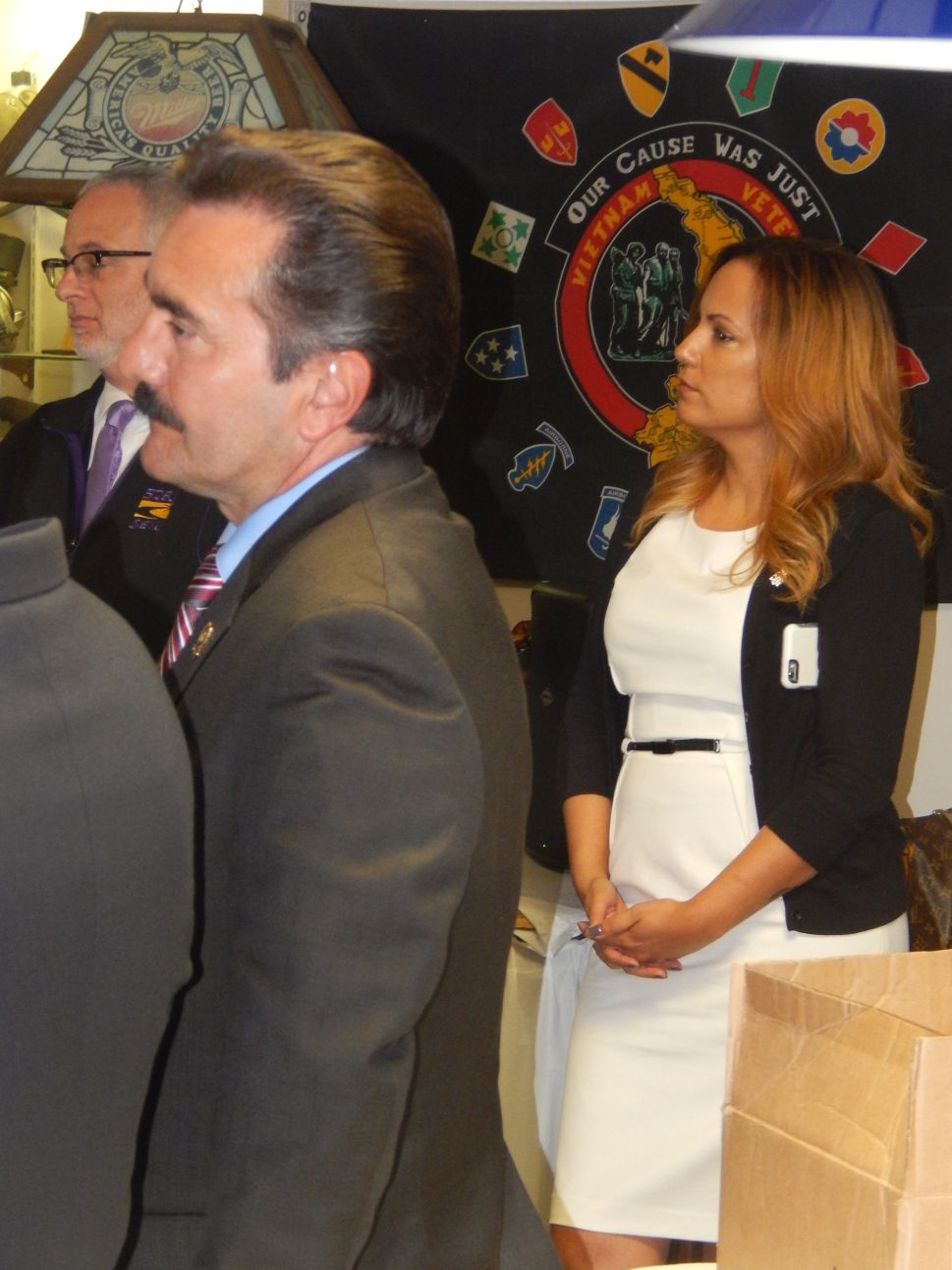