PolitickerNJ did a special edition of Winners and Losers on Wednesday. You can find that here. What follows is spillover from the June 2nd Primary…(Pizarro/PolitickerNJ)

At rabbi’s retirement ceremony, Fulop opens up about his Jewish beliefs

Metuchen – Jersey City Mayor Steven Fulop spoke passionately today about his Jewish beliefs at the retirement service of his childhood Rabbi, Gerald Zelizer, at Congregation Neve Shalom in Metuchen.  In his remarks, Fulop described how Zelizer set his moral compass that he follows today in public service and extends to his views on current U.S. negotiations with Iran and its impact on Israel. (Politicker Staff)

(Cherry Hill, NJ)-  In case you haven’t noticed yet, Democrats in Trenton are losing their minds. And in a very loud, indiscreet, mean-spirited way, to boot. Normally I’d be alarmed watching my party airing our dirty laundry, but this time I don’t mind because the battle’s over casino gambling expansion. And if there’s one thing scarier than the words “Speaker Jon Bramnick” it’s more casinos in New Jersey. Here’s why: banking on more gambling is rotten public policy. Casino expansion is, in the words of Trenton’s conservative philosopher/poet Michael Patrick Carroll, ” a doomed business model for all but a few.” (Lassiter/PolitickerNJ)

David Wildstein, the former Port Authority executive at the heart of the George Washington Bridge lane closure scandal, was planning to leave the agency in 2013 to work on Governor Christie’s presidential campaign, according to a former colleague. (Boburg/The Bergen Record)

The players at the center of the George Washington Bridge lane-closing scandal are not finished causing headaches for Gov. Chris Christie. (Zernike/The New York Times)

For Chris Christie, the final question on a potential 2016 bid is: “Do I want to do it?” (Kaplan/CBS)

Everybody was a winner at the Chandelier catering hall in Bayonne after the polls closed on Tuesday, June 2. The laughing, hugging, handshaking, and tears were all part of a vast political celebration to a low-turnout primary in which Nicholas Chiaravalloti and Angela McKnight overwhelmed four opponents to collect the Democratic nomination for two 31st District Assembly seats. (Sullivan/The Hudson Reporter) 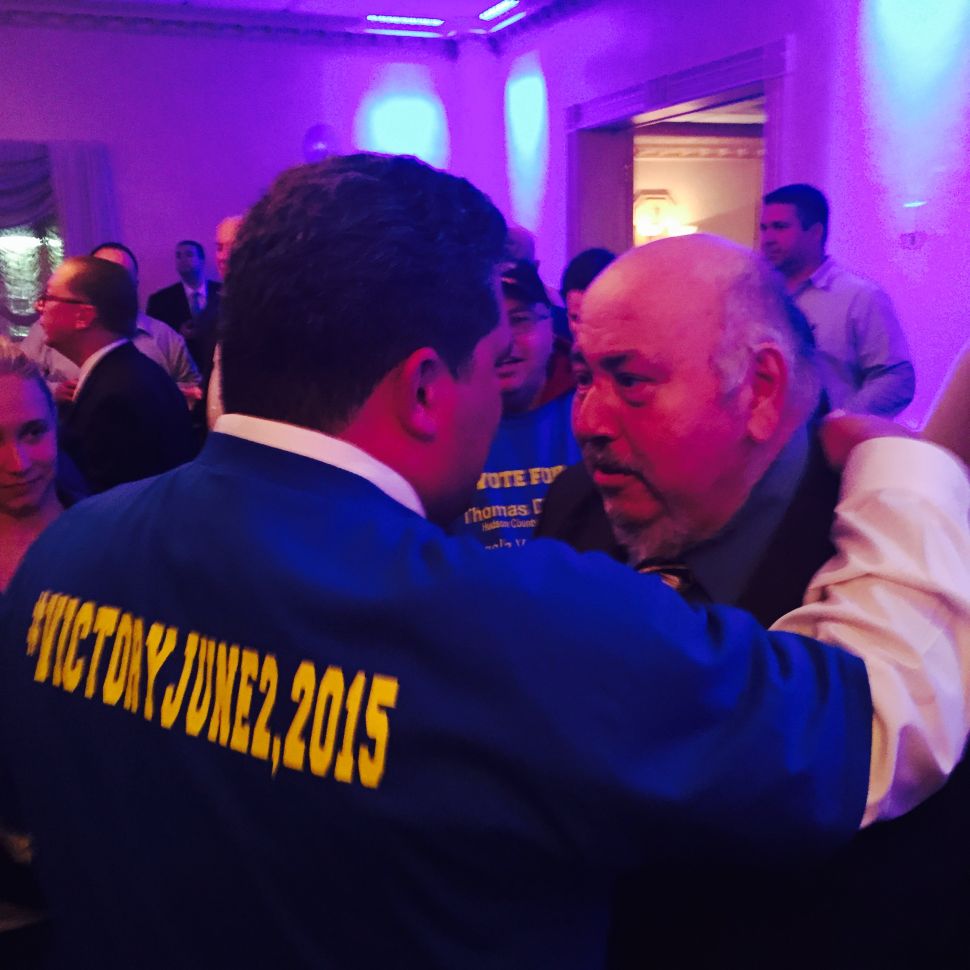