Can Thousands of Garden-Loving Activists Stop a Museum?

In the face of almost overwhelming opposition from museum-lovers, architects, artists and area residents, the Frick Collection has cancelled it’s plans for an expansion that would eliminate its Russell Page-designed -lily pond and garden (the far smaller of its two gardens). In a statement, and as reported by the New York Times, which had once described the plan as akin to damaging a Vermeer, an unnamed museum official said that a renovation was still under discussion but would not affect the garden. Expansion plans are still very much alive, and the space needed, but will be “pulled back.”

A sigh of relief went out across the Upper East Side and among old and young museum fussbudgets everywhere. In the art world and architectural communities, this move is largely seen as a victory—and as a good thing.

In the spring of 2014, the Frick—on 70th Street and Fifth Avenue, overlooking Central Park—announced plans for a 60,000-foot addition, needed to deal with massive around-the-block crowds that had been drawn to some shows, address accessibility issues and move museum offices out of the historic mansion rooms.  The proposed renovation, which would have made Henry Clay Frick’s gilded-age mansion several stories higher and added a roof garden with a view of the Park, was to be designed by Davis Brody Bond, the firm behind the controversial, if not outright reviled, 9/11 Museum.

A coalition, dubbed Unite to Save the Frick, that included Robert A.M. Stern and Maya Lin, immediately formed in opposition. The Municipal Arts Society and Treehugger.com, among other entities, also came out in opposition. Some naysayers cited several recent museum renovation projects that have been over-budget and unsuccessful; other opponents were simply neighbors trying to stop area construction. Some of the opposition arose out of confusion: People mistaking the garden to be destroyed for the huge magnolia-tree-filled one on Fifth Avenue, which would have been unaffected.

Frick insiders seemed stunned by the virulence of the opposition. PR people were hired to manage the dismay.

In April, the Observer took a detailed look at the expansion plans (Can Thousands of Garden-Loving Activists Stop a Museum? ) and the groups involved in it. At the time, director Ian Wardropper told us: “Look, the museum didn’t spend 32 years and a lot of money to build a garden… The garden was a consolation prize, when they couldn’t do what they wanted to do. We always said the interior space would meet the foreseeable needs of the museum—now is the future.”

The battle isn’t over, though, as least for those who oppose any change in the legendary institution. A statement from the Frick notes: “The Frick will immediately begin to develop a new plan….” 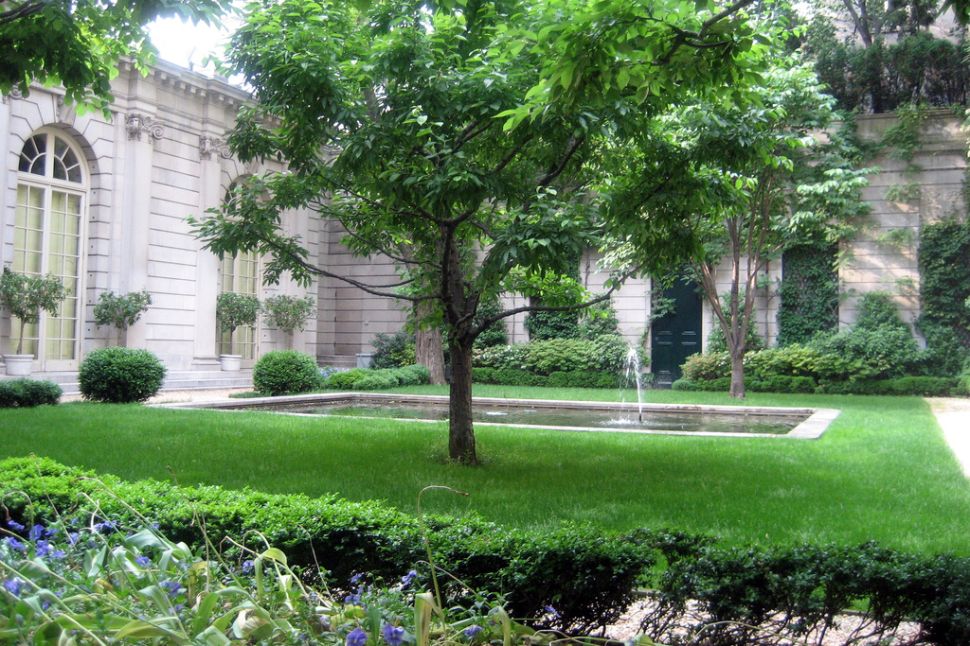