I imagine the pitch meeting for AMC’s Humans as something like the following: “Robots, they’re great! We’re totally going to have them in the future, I mean, Siri, am I right? And they won’t be able to think or feel because that’d be crazy. They’re just, totally senseless machines…Or are they?”

So, we may have heard this idea before. Robots are great, but what happens when they start to think and feel—what separates them from humans, really? Writers Sam Vincent and Jonathan Brackley take on the question with their new AMC/Channel 4 show Humans. The British program is not entirely original, but what it lacks in creativity it makes up for with beautiful direction, wonderful pacing, and the makings of a promising series.

The Sunday premiere introduced viewers to a “parallel–present,” one in which Synths (robots that look like humans) are integrated into daily life as maids, blue–collar employees, even prostitutes. The Synths appear pleased with their menial existences, bright green mechanical eyes darting back and forth as they look for tasks; however, they’re (gasp!) not all they seem.

Take, for instance, Anita (Gemma Chan), the Hawkins’ family newly acquired Synth. Purchased by Joe Hawkins (Tom Goodman–Hill) as a means to lessen his domestic responsibilities and work on his marriage to Laura (Katherine Parkinson), Anita is intended to serve as a sort mediator to the family. Ms. Chan impresses with her performance—she coolly enunciates every automated response, but shares several glances and sly responses with Laura that intimate a more sophisticated thought process.

Each member of the Hawkins family responds differently to the newest household addition, representing the varied, worldwide reactions to the rapidly progressing technology. Joe and two of his children, Sophia (Pixie Davies) and Toby (Theo Stevenson) immediately welcome Anita into their home; Sophia views her as a stand–in mother during Laura’s frequent absences, and while Joe appreciates his robot’s household maintenance, both he and his son secretly fetishize her (Joe stealthily pockets Anita’s included “Above 18” pamphlet). Laura and teenage daughter Mattie (Lucy Carless) are suspicious, with Laura resenting her replacement and a cynical Mattie finds little motivation to do anything when Synths are quickly advancing professionally.

However, the Synths might also be advancing in more ways than one. A flashback reveals Anita traveled with a number of feeling, thinking Synths, led by a human, Leo—whom Anita loved. Some of the Synths are abducted and separated from their group and one, Fred, is examined for abnormalities by a group of scientists fearful of the Synth’s human–like qualities. Although it appears Anita was recycled, she retains fragments of a more advanced existence; by the end of the episode, she experiences memories, expresses opinions, and abducts Sophie during the night.

A particularly sweet plotline involves Dr. George Millican (William Hurt), a pioneer of Synth engineers who, widowed and lonely, now relies on his Synth Odi for memories and companionship. However, Odi (Will Tudor) is outdated and broken, and when his malfunctions result in injury, his replacement becomes government mandated. However, George can’t bear to part with his wide eyed, sweetly useless partner. This may be my favorite story of the three; Mr. Hurt and Mr. Tudor have a charming chemistry as a strange father–son like duo.

The show itself is filmed beautifully; it features long shots of a white, sterile alternate universe and lingering frames of gray British forests. It is reminiscent of Black Mirror both in content and aesthetics. My main concern for Humans is that Black Mirror is so effective because they tell the story of an altered world in one swift, punchy episode—I fear that Humans might stray too far in search for creativity and lose its initial heart, as science fiction shows often do when they’ve run for too long.

And (this might just be the cynic in me), but I have seen too many “robots are wonderful, oh no, now they’re evil, never mind” types of shows to not be wary. These are fully–sized human look–alikes that can serve as literal sex machines. This is not something I would welcome with open arms into my home.

However, despite my slight protestations, I enjoyed the show. The pacing is perfect, it leaps from story to story with a grace and ease that most pilots find difficult to master, let alone to do adequately. The cast is strong, there’s no weak link dragging down the acting talent. And, most importantly, despite its slightly worn concept, the idea still feels intriguing. 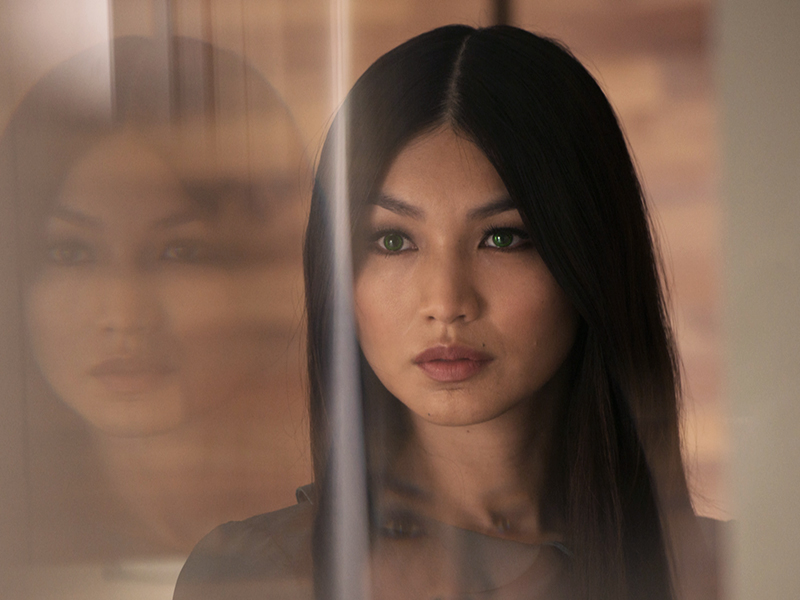