That Scottish indie pop band Belle and Sebastian has survived nearly two decades—never mind thrived—seems too surreal to be true.

After all, when singer-songwriter Stuart Murdoch and his bandmates made their debut with 1996’s Tigermilk, the world was fascinated with grunge, bubblegum pop and rap-rock, not delicate, peculiar, folk-influenced songs about long-distance running and record label execs.

Yet Belle and Sebastian has endured, building an idiosyncratic career, cultivating a rabidly passionate fan base and emerging from cult favorites to join the ranks of bands performing at American festivals like Austin City Limits (where they appeared in 2014).

The sextet, which released its ninth studio album, Girls in Peacetime Want to Dance, in January, marks another astonishing milestone on June 10, when it plays a sold-out show at Radio City Music Hall.

Co-founder and guitarist Stevie Jackson checked in from London to talk about Belle and Sebastian’s impending anniversary, the new record and being at the forefront of fan interaction.

Next year will be 20 years since the band formed. You guys seem reinvigorated on this record—at a point where a lot of bands slow down or try something new, you guys are charging ahead.

Stevie Jackson: Within any long career, you get periods, certainly for us, every so often, you kind of get a burst of energy or something—maybe it feels a bit like that. We had one with The Life Pursuit, that album, probably about 10 years ago. Life goes up and down, I guess. The 20 years thing—I don’t really think about it too much. [But] because it has been 20 years, I struggle to remember the time before it. It comes to define you in a way—”I’m Stevie from Belle & Sebastian” … it just seems like normal. Nothing lasts forever—one day it will all end, but I don’t know when that will be. For the moment, it just feels like we’ll go on doing this thing and other people notice the birthdays, you know? We won’t be marking it in any way—we’ll just keep trundling along. Or maybe we will, if there’s money to be made—I don’t know.

That said, you guys have been very mindful of your history throughout. As you’ve been a working band, you’ve been honoring the band’s roots.

Those songs, night after night, are just as alive to me—the older ones. Whenever we’ve played, it just always been a mixture—it can be anything really. Early songs, middle period songs, new songs, but it’s always been like that. We’ve never thrown anything out, really.

After seeing Belle and Sebastian perform last year, I realized just how much the live show informs the studio albums—there’s a similar feel to both experiences.


I think it’s natural, by nature of what the group is—it’s an actual group, if you know what I mean. We’re still getting to know each other [laughs]. We’ve all got different influences, so we’re still exploring that to a degree. … On all the previous records, we just played them live, but on the new album, it was more of a collaboration with [producer] Ben Allen, because he was shoving stuff onto the tracks as well.

You’re accomplished a lot—you’ve sold out Radio City Music Hall, for instance—so what’s still pushing Belle and Sebastian forward?
There are different aspects to your life; one of the aspects is to make a living. We need to make a living; we need to work. … We seem to have an animal instinct anyway, when not to push it. For instance, Stuart wanted to make a film (2014’s God Help the Girl), so he went off and made a film … and other people have done other stuff. It’s been good to do that, because I think they know when to leave it for a little bit. So you come back, instead of doing album-tour-album-tour forever—you’d burn out. It’s important to do other stuff. It’s always just worked.

Belle and Sebastian has a very healthy presence on the web. Is that something the band decided to embrace, as it became more prevalent?

Our timing was lucky, when we came out was right at the rise of the Internet, and our stuff seemed to spread by word of mouth through the Internet before anyone knew what it was. It just kind of happened—the classic example is when we won a Brit award because it was voted for by the public, and our fans went and voted. We won a Brit award [in 1999] and it caused a major scandal, which is ridiculous. It was never allowed to happen again. I think we were at the forefront of an interesting period. 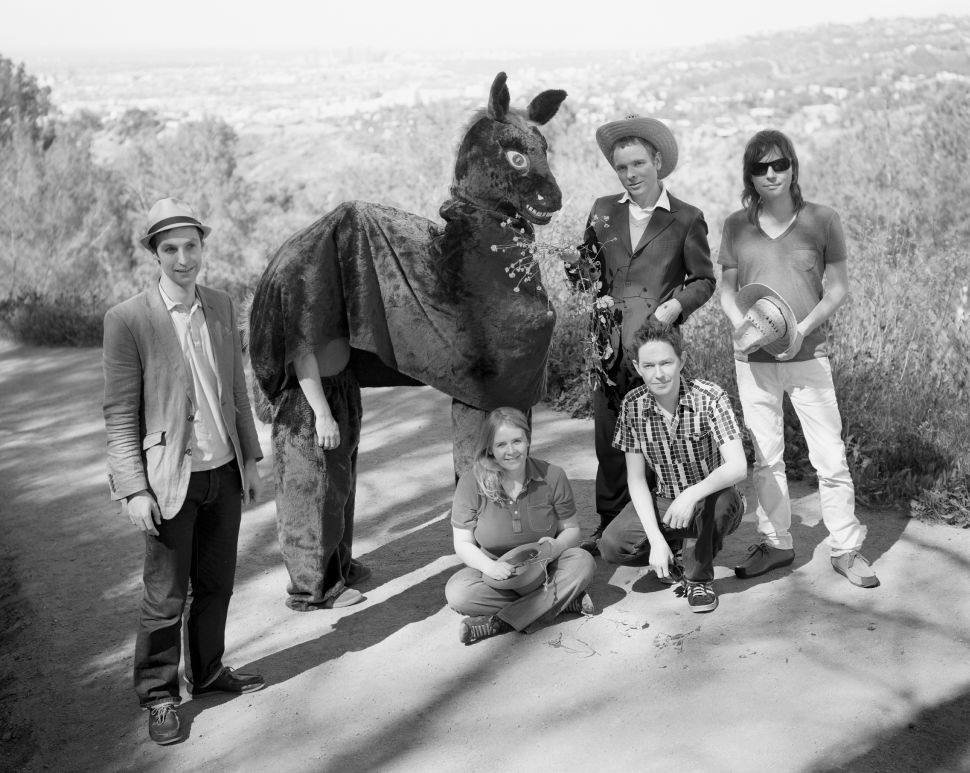