Somewhere lurking in the back of Doug Martsch’s closet is a song called “Fuck 2006.” It’s a title so dismissive and negative, and at odds with Martsch’s soaring, almost spiritual melodies and harmonies. Negative or not, it remains unreleased, and didn’t make it onto his band, Built to Spill’s April-released album, Untethered Moon, a glorious work built on Martsch’s kaleidoscopic, progressive guitar work and pine-y, incandescent singing. The record marks the debut of new band members Steve Gere (drums) and Jason Albertini (bass), and old hands, guitarists Brett Netson and Jim Roth, joined the trio to recreate Martsch’s considerable guitar parts on stage.

When the Observer catches up with Martsch and his crew, they’re on yet another U.S. tour, and yet another 12-hour driving day. Even though Martsch, who started his musical journey in a band called Treepeople, which recorded for Seattle’s C/Z Records in the 1980s, has been on a major record label throughout Built to Spill’s three-decade sojourn, budgets dictate the comforts of a tour bus be put aside, and it’s back to a van. Martsch has crisscrossed the country and the world so many times now it has to get old: “Of course,” Martsch says, quietly adding what is a sure stoicism: “but we’re used to it, too.”

We last spoke in the summer of 2012 and you talked about getting started on a new album. Is Untethered Moon that record?

We pretty much made a record that summer and it wasn’t quite done, and we went on tour. But, the rhythm section guys quit, so we just bagged that record. Then, when we got back to work we reworked some stuff, and did some of those songs and wrote some new ones.

How much made it onto Untethered Moon?

We recorded 10 songs back then and then when we reconvened we recorded 16 songs. I think we rerecorded all of the songs we had recorded for the older record. Then we ended up using 10 songs and of those five were from the old session.

You have two new players on board.

They are a couple of people I’ve always wanted to play music with. We had a lot of fun writing songs and rehearsing—we did a ton of rehearsing and demos and stuff. They get it; they get what Built to Spill is about, but they have their own musical styles. It’s been perfect for me.

If Untethered Moon’s songs were created over two time periods, lyrically, are you in two different head spaces?

Lyrics are the very last thing that I do almost always. For me, lyrics are kind of like—well, I have nothing to tell or information I want to impart at all. So my idea for lyrics is just having something people can relate to and place themselves in, and have their own meaning or reference. Mostly, I try to come up with things that are not too distracting within the song.

The album title is very evocative.

I just wanted to have something to do with the moon and then the untethered part came along, and then I just wanted there not to be a picture of the moon on the cover. (There isn’t: it’s a cat.) It definitely has meaning to me, but it’s not any kind of narrative thing. I had never really watched the moon before and I started paying attention to it over the past year. I finally just wrapped my brain around it: the waxing, the waning, how it physically looks in relationship to the Earth and the sun. I love that stuff.

Are you a nature lover?

Oh, you know, as much as someone who never goes into the wild at all appreciates it. I’m not a nature person as such.

You live in Boise surrounded by nature.

Yeah, but I never take advantage of it.

Could you see yourself living somewhere like New York City?

I could definitely live in New York if I could afford to.

Now that Built to Spill fans know about these shelved songs, they are going to want to hear them.

“Fuck 2006.” Lyrically, it’s just about having a bad year, but that might be our best song title ever.

It’s actually kind of a mellow song, but with an aggro title. I hope it makes it one day. It’s a good song, it just doesn’t fit on anything. We had three songs during the last writing process that were long, slow waltzes. “Fuck 2006” is a slow song as well and that’s just too many waltzes.

Built to Spill plays at 50 Kent Avenue in Brooklyn as part of the Northside Festival, June 13. Untethered Moon is out now on Warner Bros. Records. 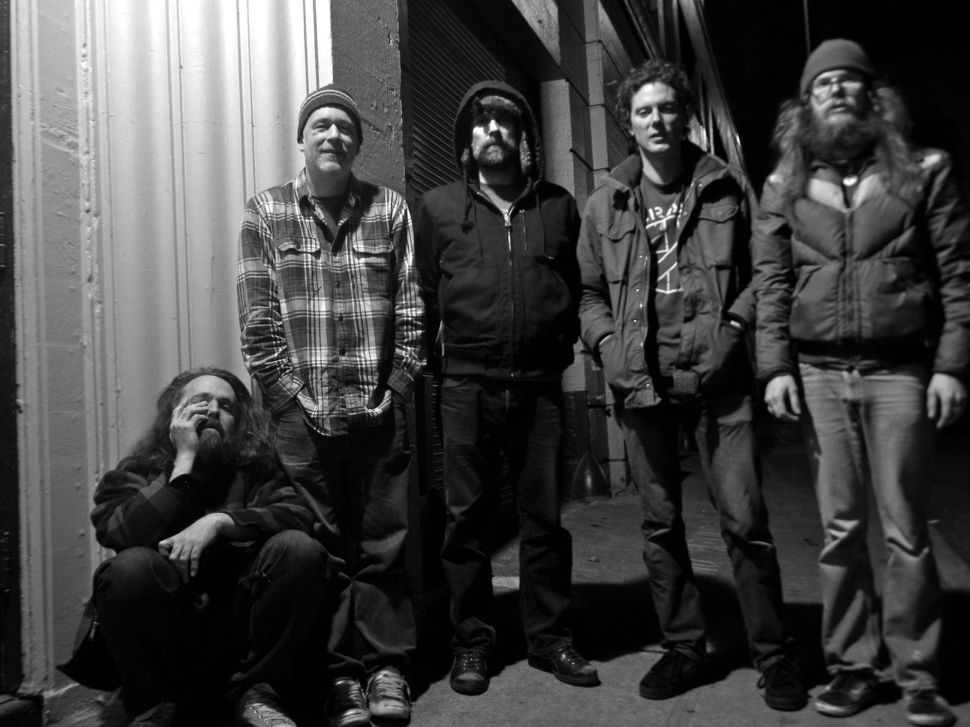