TRENTON — It was another busy week in New Jersey politics so you’re forgiven if some tidbits eluded your attention. Today’s column is all about rewinding the week that was, then replaying some of the juicy bits in slow-motion. These are presumably the very details politicians hope we won’t notice the first time around.

*Something About Pensions. The week’s biggest headline was the NJ Supreme Court’s ruling permitting Chris Christie to skip a 10-figure payment into the public worker pension system. A few things here: The same “activist judges” who rebuked Christie on gay marriage and affordable housing just gave him a path to renege on his pension promises.

Public sector unions, rightfully aggrieved, have yet to articulate to taxpayers a principled defense of union pensions. And if there’s a bailout of the pension system, taxpayers will be left to foot the bill. NJ public sector unions just got their clocks cleaned in court. If they don’t broaden the message beyond Chris Christie-bashing, they’ll lose tine court of public opinion too. And that would be a real shame, because the public unions got screwed on this one.

Finally, while this ruling was a lifeline of sorts for an embattled Governor, it’s a pyrrhic victory at best. Pension reform was to have been Chris Christie’s signature achievement out on the Presidential campaign trail. But with the pension system a shambles — nine credit downgrades —  Christie’s calling card remains bringing the busiest bridge on the planet to a grinding halt.

* (Wacko)Birds of a Feather. When the National Tea Party’s most infamous wacko-bird, Senator Ted Cruz of Texas, decided to run for President (bless his heart) he encountered the same challenges faced by all presidential candidates: 1) raise money 2) raise more money 3) raise even more money and 4) assemble a credible 50-state field campaign.

When candidate Cruz gazed our way, he found a kindred spirit in Steve Lonegan, former Bogota, NJ Mayor and (more recently) a perennial campaign loser. One turns to intra-GOP taking points on both Cruz and Lonegan. It was Congress’ crankiest maverick Senator John McCain who tagged Cruz with the Wacko-bird label. And as for Lonegan, I’ll cite a recent SaveJersey.Com piece, “Since whatever Steve Lonegan politically touches he kills, are we seeing a secret death wish on the part of the Cruz campaign?”

By the time the NJGOP selects its next presidential candidate, Ted Cruz will have long been winnowed from consideration. So Lonegan’s chairmanship of this campaign is largely moot. But it’s awfully sweet to see two people so cosmically well-suited for each other make that connection.

* Doubling Down on Stupid. With their ongoing drumbeat for more casinos, the NJ Democratic Party reminds us how short-sighted they (we?) can be. Unless you’re a brazen developer, a politician (or the occasional jackpot winner) casinos are bad news for taxpayers and for residents living in casino communities. And short of Jesus Christ descending from heaven to tell ’em so, many Democrats seem evermore committed to expanding casinos beyond the the confines of Atlantic City.

This week Newark Mayor Ras Baraka was the latest blue-chip Dem to clamor for more. Two things make Mayor Baraka’s entree into the fray so surprising. First, Baraka campaigned for Mayor as a man-of-the-people and now he’s pushing the most regressive fiscal policy imaginable (i.e: gambling) onto his constituents. And secondly, the Mayor made his casino pitch alongside erstwhile nemesis, Essex County chief Joe DiVincenzo. (Note to Mayor Baraka: if you’re looking for a gimmicky fix to temporarily plug Newark’s budget gap, maybe nix the casino idea and use your new buddy Joe D.’s magic AmEx card instead?)

*Governor Buzzkill. Chris Christie was in the news this past week underscoring his devotion to the (failed) War on Drugs. Christie promised that a President Chris Christie would arrest and prosecute citizens who use medical marijuana where it’s legal, state’s rights be dammed! By boasting his willingness to go after sick people, Chris Christie telegraphed his commitment to the same bloated, punitive approach to drug policy that’s failed America for decades.

NJ’s medical marijuana program, passed under the previous Governor, has languished under Christie’s leadership and has become a national model for mean-spirited, big government incompetence. If you’re a Rand Paul fan, that’s a good thing, but if you’re a hospice patient in Tom’s River or Paterson, Christie’s retrograde views on cannabis actually affects your quality of life. Most polls show nation-wide support for medical marijuana at 80% (with legalization for adult recreational use steadily inching past the 50% mark.)

For Chris Christie, once so in tune with the national zeitgeist, being this out of touch is more evidence he’s officially jumped the shark.

Jay Lassiter started covering NJ politics in 2005 as a blogger for BlueJersey.com. After a stint as America’s first State House blogger, Jay did communication for Congressman Rob Andrews’ and Congressman John Adler’s campaigns. Jay’s best known for his work legalizing medical marijuana and gay marriage and for working to end NJ’s death penalty. He’s on Twitter at @Jay_Lass. 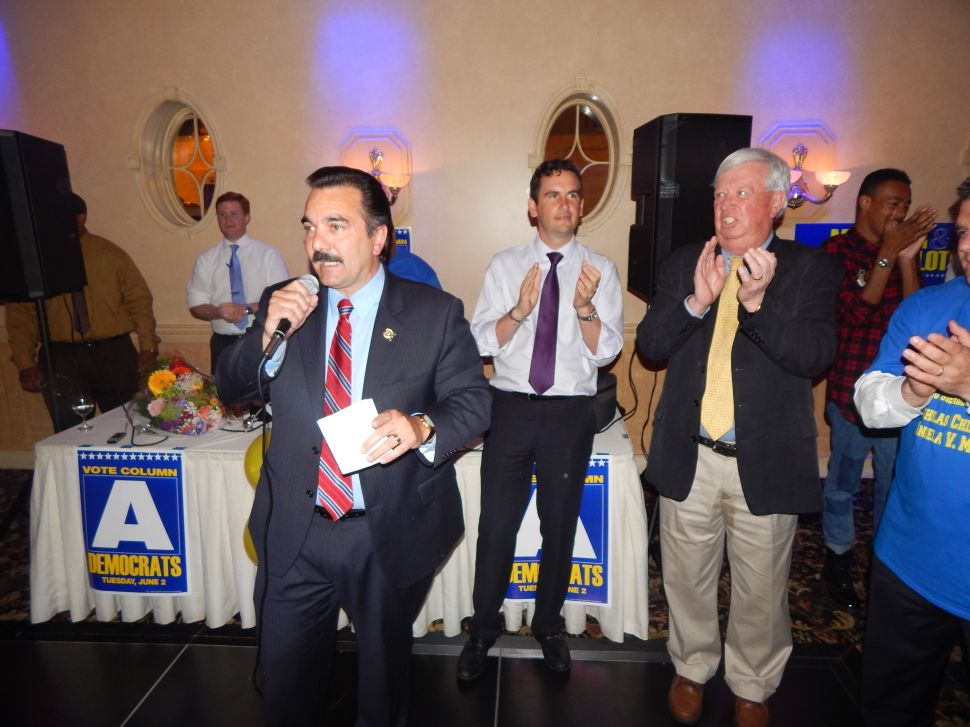