In her latest book, Grow Your Value: Living and Working to Your Full Potential, Mika Brzezinski writes about the importance of developing a “professional brand.” During a recent interview, Ms. Brzezinski, one of the masters of the sound bite, rattled off a synopsis of her own brand: “I’m Mika Brzezinski, co-host of Morning Joe. I’m also an author, and I’m going to teach you, and everyone you know, to know your value and communicate it effectively. That’s what I do.”

Your father, Zbigniew Brzezinski, is well known, having served as national security advisor under Jimmy Carter. We know less about your mother. My mother is an incredible influence. We recently put together an incredible book, a history of her life’s work as an artist. She worked with chainsaws, and she’s been working with this medium for over 50 years. She discovers the secret shapes of trees and the mysteries behind them. I’ve learned so much about nature and life through her journey with art. She’s 84 and the spokesmodel for Stihl chainsaws.

Estimate in percentage the amount women must work harder than men to succeed. Thirty percent, 40 percent, depending on the industry.

I recently re-read the language of the Equal Rights Amendment. “Equality of rights,” it reads, “under the law shall not be denied or abridged by the United States or by any state on account of sex.” It seems, in retrospect, incredibly uncontroversial. Do you we need to revive the ERA? We need to do something more sweeping and I don’t know if its constitutional, I wouldn’t even go there. And there’s so many different reasons why people get around it, and there’s so many reason why a company would not want to have to be transparent about what they pay or understand those issues. But we’re kind of never going to solve the problem if we don’t open up the books.

You write in your book that you once played by “good girl” rules: “Showing up promptly, look put together, make it all seem easy.” Can you recall an example when you noticed yourself playing by such rules? Our show got its voice in one moment eight years ago. Because I was supposed to be the newsreader, and [producers] were putting this absolute garbage in the teleprompter—telling us what news would be on our show. I said, “I’m not doing it.” And I remember just feeling like that woman on the commercial where she’s washing her hair and she’s going “yes, yes, yes!” Herbal Essence. And she’s like “ahhhhh!” and she’s having a…

O.K., she was having an “O.” You’re good-girling it. While I was called into management and chastised for not following the rules and listening to the producer, the Internet was exploding and our show all of a sudden became part of the landscape. And developed a voice. You know what? A good girl would’ve read it. I would’ve read it with a smile on my face. And with conviction. And with a furrowed brow. I would’ve executed my newscaster role. [Instead] I just became myself, finally.

Who’s the guest that you most want to have back?

My dad. I could listen to him for hours, on or off the air. He’s so brilliant and being able to share in my career and his is fun and rich. I became interested in television when he would take me around to his interviews with Larry King and Ted Koppel and Meet the Press. He thought I was listening to his eloquent statements, and I was looking at the cameras and the recorders and the producers and I just got the bug so early

Of the slew of candidates running for president currently, who would you not want to be captain of the plane you’re flying in? Rick Perry. He takes his back medication and then things go off the rails. Is that fair?

Yes, that’s fair. But I think he’s a pilot! You often wing it on the air, I read about this in your book. Have you studied improv?

Yes. I was kind of a very big theatre buff in high school and college, and I was actually an apprentice at the Williamstown Theatre Festival. I was Rob Lowe’s assistant, his protégé. It was amazing. And we did a daily class on improv. My favorite thing in the whole world is improv. My dream would be to be on Larry David’s show as a guest star on Curb.

The next “Know Your Value” event will be held in Chicago on Sept. 25.

JOURNALIST MARIA HINOJOSA ON HER STRAINED RELATIONSHIP WITH FAME 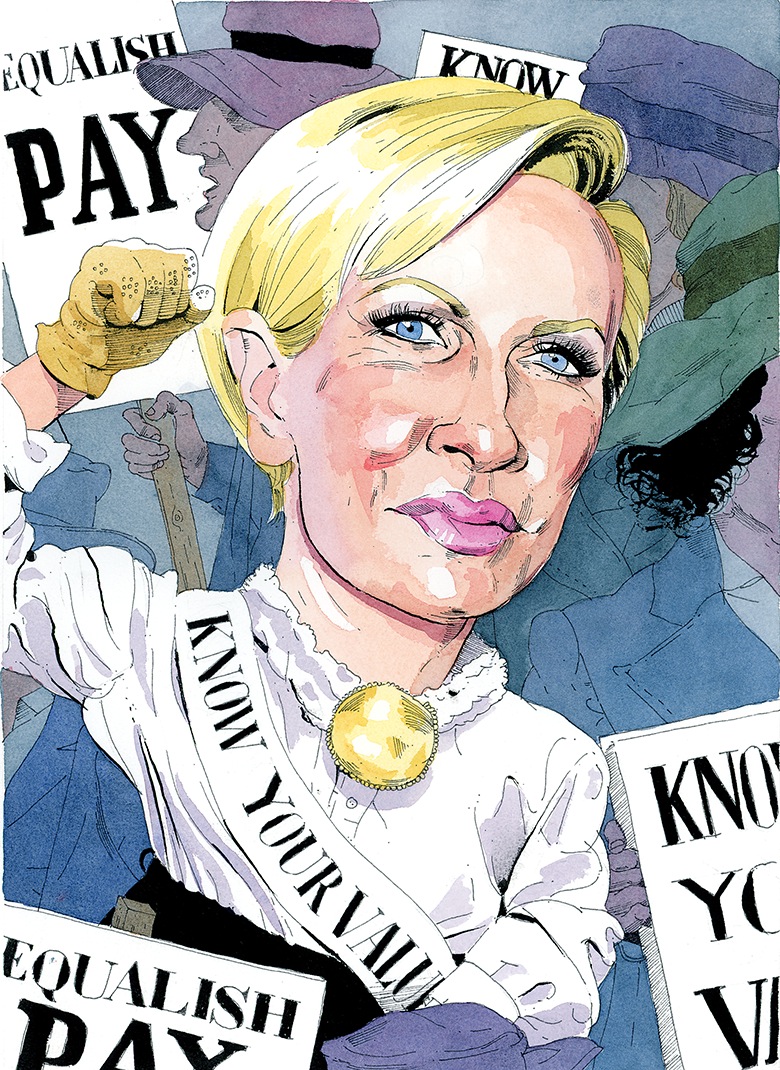