SPOILERS FOR THE SERIES FINALE OF NURSE JACKIE.

In the waning moments of the series finale of Nurse Jackie, the title character stumbles from a bathroom and collapses on the floor of the ER. The ER that she spent years toiling in. The ER that she was excised from and that she fought so hard to get back into. The ER that would soon be closing down to make room for luxury condos. A lot of shit happened in that ER during Jackie’s tenure and almost every time she was there to pull her patient through whatever had caused his or her trauma. Now Jackie was the one experiencing her own brand of self-induced trauma lying there on that linoleum.

It seemed that finally, after all these years of drug abuse, Jackie had caused her own demise, right there on the floor of that hallowed ER in All Saints Hospital. She was clearly in distress. She was dying.  Or was she?

There was no definitive answer as to whether Jackie lived or died in the last seconds of the finale, and that’s just the way showrunner Clyde Phillips wanted it.

“Whether she died or not, her life is completely done,” explains Phillips. “She’s lost everything. She’s ruined every relationship she’s ever had, she’s ruined her career, and she has nothing left.”

When confronted with the fact that some people might not like the an ending of not knowing whether Jackie lives or dies, Phillips points out, “When you end a show after seven years, people are going to react in different ways and there is going to be controversy no matter what you do. If we ended it with everything being fine, people would say, ‘how can everything be fine when she’s done so much damage to herself and everyone around her?’ If we ended it with her being dead, and I’m not saying she is, people would say, ‘dammit, you had me watch all this time and then you kill her.’ I think we ended with an appropriate question mark. I can’t really worry about audience reaction; my worry is to make the show as authentic as it can be. What I do worry about with the audience is that they feel this show contained good storytelling and was worth their while to watch it.”

Discussing the other characters and their journeys, Phillips explains, “It wasn’t hard to find the moments for each of the characters in the finale. We knew that Akalitus wasn’t going to forgive Jackie for everything she put her through, and yet right there at the end, Akalitus is still in there trying to save Jackie’s life. She does that because she’s a professional.

With Zoey, I mean what an amazing character to watch through all seven seasons, right?  When we first meet her, she’s an innocent who wears bunny scrubs and can barely do her job. She finds the perfect mentor in Jackie. She goes through this heartbreaking ordeal where she realizes the depths to which Jackie will sink to honor her addiction. Zoey had to strengthen herself and grow and she did that. It was sort of like watching the growth of a child of an alcoholic to with that; it’s very painful to witness. And then, after all of that, Zoey who was so hurt by her mentor and mother figure, finally starts to let Jackie back in and Jackie just lets her down again, but the connection between the two is still there. You can see it when Jackie first comes out of that bathroom. There’s a moment right then when Zoey looks at Jackie and she immediately knows there’s something wrong with Jackie.  Even though Jackie has failed her again, Zoey is the first one jumping in to save Jackie’s life, very vocally telling Jackie that she’s going to be all right, which we don’t really know if she is, but Zoey wants to believe that she is.”

Phillips was happy to bring Eve Best back for the finale. Dr. O’Hara was Jackie’s confidante, until she decided to leave All Saints (in season five) to spend more time with her then infant son. “Wasn’t it wonderful how this tiny boy walks up to Jackie with this little British accent and says, ‘do you want to have lunch?’” (Phillips credits series writer and finale director Abe Sylvia for coming up with that moment.)

But things aren’t all sweet between Jackie and O’Hara, especially when O’Hara calls Jackie out on her continued drug use.  “I’m really proud of that scene,” says Phillips. He goes on to explain that there was a prelude to the confrontation that didn’t make it on screen. “We shot this great montage of O’Hara and Jackie working together to save someone’s life, it felt just like old times for the two of them, but sadly we had to cut it for time. I don’t think the loss of that scene changes the underlying theme of the confrontation scene though. The best part of that scene is O’Hara saying, in the unique way that only she can, “Oh yes, I’ll come to Fiona’s confirmation tomorrow, I love you Jacks, why do you make it so fucking hard?’ Which is a little similar to when Akalitus says, ‘Thank you and fuck you’ to Jackie. Both women have had enough of Jackie and her antics. This is what happens when you’re an addict. You’ll do whatever you need to feed that addiction no matter who you piss off.”

When talking about Eddie, Phillips sums up his trajectory by revealing, “With Eddie, I know that people thought he was going to get out of this somehow, but while we’re not quite sure if he will really end up in jail, everything he did was certainly leading to that. He’s so been there for Jackie. More than anyone else, he’s gotten really down into the addiction with her. He really tried to help her get out of the suspension and pay her lawyer with the money from the pill mill, but we wanted to show the consequences that come from really loving a drug addict, and they’re not good.”

Phillips wanted to go on record about a few other things concerning the finale, explaining, “That yoga scene in Times Square was something that we’d talked about for a while but we couldn’t find the right place to do it and then putting it here just felt right and I knew it was when I watched it a few times in editing. It was a cold day in New York and we had 200 extras and a crane and it just came out beautifully. Couple that scene with Jackie lying on the floor, k.d. lang covering the theme from ‘Valley of the Dolls’ and the silent credits and that whole ending was just what we hoped it would be. All of it made for something that felt very sacred to all of us involved in the series.”

Giving some insight into Falco’s performance portraying Jackie’s final onscreen moments, Phillips relates, “Edie is just so amazing when you think about it. Imagine lying on that floor surrounded by 200 cast and crewmembers and giving just enough of an expression to have everyone asking the question of whether she lives or dies. That’s some outstanding acting there. I have so much respect for what she did there because a few minutes prior to shooting that we were sitting just off set talking about our kids  — and then she does that. That’s something you don’t think about when you see what happens onscreen – what was happening just before that was shot. How she moves into her Jackie persona and makes you believe that she’s truly dying on that floor. I just don’t know many actors that could pull that off to the level that she did. I cannot say enough times that the absolute most important piece of Nurse Jackie was Edie Falco and her ability to make you unconditionally believe everything that Jackie was going through.”

Closing the book on Nurse Jackie has been hard on Phillips, he admits. “It’s interesting, many people and my colleagues included talk about how bittersweet it is and it’s not bittersweet to me, I’m just plain sad. I mean, you make such an emotional investment in someone no sane person should invest in, but that investment is strong so it’s sad when your time with them ends. I’ll really miss Jackie.”

Phillips will be moving on to the just announced new series, Broke, for AMC. Asked what he’ll take with him from Jackie to that series, he says, ”I learn something with each new experience, but the continuing mandate for me is,  ‘how can I go deeper with this? How can I do it better? Have I done this as well as I possibly could?’ For me, these are the topics that need to be pursued no matter what the project.”

In closing out his Nurse Jackie experience, Phillips concludes with, “The bottom line is, drug addiction is a ferocious beast and it takes no prisoners, whether it’s the addict or the people around the addict. We set out to do an authentic, funny and dramatic show to reveal the true trauma of addiction. We worked hard to do that amid the responsibility that we had to an audience to tell an honest story, and I think we did that successfully using Jackie and everyone involved with her to present something very compelling, right up to the very end.”

Finally, to have just a little bit of levity at the conclusion of such a dark journey, Phillips acknowledged something that he knows many viewers might be asking – could there be a spin-off for fan favorite Ms. Barkow? Perhaps a Nurse Zoey series? With a laugh, Phillips simply replied, “Wouldn’t we be so lucky to have that?”

But alas, it’s clear that there will truly never be another series quite like Nurse Jackie. The continuing story of Jackie’s trials and tribulations may have ended for those watching the show but whether Jackie’s personal journey ended there on the ER floor or continues on in an unseen universe, lies completely in the eye of the beholder; an appropriate culmination to the drug-induced adventure that was the life of Nurse Jackie. 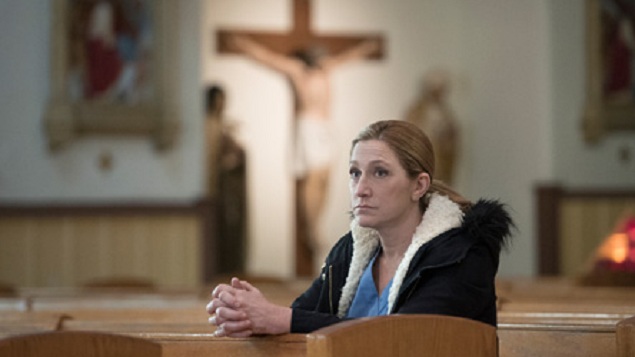