It was hard to miss Sunday’s New York Post headline, which featured a somber photo of a black man, Stacey Calhoun, holding a childhood picture of his nephew, Jahad Marshall, who was among the four New Yorkers shot dead this weekend. Mr. Calhoun’s “plea” to bring back stop and frisk policing, to avoid the deaths of innocent young black men and women, was heartfelt. Politically, the New York Post and every other conservative institution and citizen in the city, has been waiting to hear the real black community (as opposed to organized activists) come to this conclusion ever since the feckless Bill de Blasio, made removing that singularly effective policing tactic the centerpiece of his campaign for mayor.

The thug, criminal, gang wannabe population in NYC has clearly noticed that these days urban police are more likely to get in trouble for mistakes made while enforcing law than for shirking the tough calls.

It was predictable that when the violence stats started rising, innocent black citizens living among thugs and gang members in low income neighborhoods, would be the primary victims. ‘Stop and frisk’ was a Giuliani/Bratton innovation that sought to prevent crime – especially crimes involving young black men with guns killing other young black men and any innocent bystanders. It worked. Murder rates dropped in the solution-elusive category of ‘black on black’ crime. But de Blasio, who has a biracial son, is more concerned with the insult felt by innocent black boys and men whom the police frisked, than the actual injuries to those who are caught in the crossfire.

Mayor de Blasio attempted to brush aside the weekend’s murders by attributing them to ‘gang activity.’ Why that is reassuring escapes me. Gangs are metastasizing as the drug trade flourishes, and illegals bring their own colorful affiliations north. Speaking of which, wasn’t it great that the Feds caught a bunch of Mexican citizens smuggling $50 million in heroin to an apartment across from Van Cortlandt Park last week? Fourth largest drug bust in American history! Go Bronx! Flooding America’s young, and middle class with cheap heroin will not end well – for individuals or for our city. Before they die, addicts make messes and cost money.

On the bright side, criminologists say that heroin addicts tend to commit mere property crimes – home break-ins, car theft — but avoid personal violence, unlike more volatile crack addicts. Still, the constant threat of necklace snatching, and coming home to open doors and departed electronics was pretty awful in the 1990s, before Mr. Giuliani.

Lest we panic prematurely at the city’s spiral to mayhem, a recent column by John Podhoretz offered a nuanced assessment of the rise of crime in New York City under the de Blasio administration so far. In a nutshell, murder rates are up a shocking 45%. But because they have been quite low in recent years, (relative to moments in the pre-Rudolph Giuliani years), that translates ‘only’ to an additional 16 murders this year over last. So far.

Mugging seems to be making quite a comeback. The weekend of May 10 saw four people mugged and beaten in Central Park alone, between 9:30 pm and 1 am Saturday night.

Anyone who lived here in the 1970s, a decade in which no sane person ever entered a park after dark, and large swaths of the city were off limits even during the day, knows how fragile the safety and relative civility of the past two decades is. It took years, and very conscious, strategic policing to make NYC safe in the Giuliani years. I personally understood how far we had come when I could walk my dog in Riverside Park at night, without fear. In the 70s, flashers, muggers and rapists were all too common there in broad daylight.

But the murder rate isn’t the only indicator of a increasing disorder. Homelessness and begging are back, with a new cast replacing those thrown out of mental institutions in the 80s. Mr. Podhoretz posted an iconic ‘meta’ photo which illustrated the new situation: A fit looking, tattooed youngish man—perhaps a veteran of recent wars?—sits on the gum-speckled Manhattan sidewalk, with all the trappings of homelessness: a hat into which some bills have been deposited, a few possessions, and his dog, a depressed looking German Shepherd. The homeless man was visibly engrossed in the very N.Y. Post article about increasing crime. If you are homeless, and have a dog, you can’t go to a shelter. So he is smart to keep up on crime trends. We owe our vets, including the K-9s, more than spare change.

It wasn’t just policing that improved the city. New York went from bankrupt to rich beyond rational prediction, between 1980 and 2010. Neighborhoods vaulted from decay to unaffordable in the blink of an eye. Each successive real estate boomlet brought more blighted, marginal neighborhoods back to life. The entire borough of Brooklyn was reanimated in 25 years. The Upper West Side, formerly inhabited by colorful, frequently cash poor intellectuals, living in sprawling, un-renovated, rent controlled apartments, and subject to frequent mugging and occasional murder, is now marketed as NYC’s analogue to beaux arts Paris. But the neighborhood feeling has been destroyed by high commercial rents, replacing local businesses with chains. A recent explosion that destroyed tenements in the hip East Village is likely to start a high-rise boom in that still human-scale neighborhood. Money bought many good things for the city. But all blessings are mixed.

One might even argue that extreme wealth is part of the city’s quality of life problem for regular people. Manhattan is now so precious that families with new fortunes from every unstable, despotic corner of the world have migrated here. Parking $20 million in a full floor condo in a sliver skyscraper is the local equivalent of a Swiss bank account. Having a quarter of Manhattan real estate serve as pieds-a-terre for kleptocrats, developers, cartel members, and even honest rich people (who are here seasonally if that) is not inherently bad. But it makes city life that much more expensive, and less community-oriented. It pushes the merely upper middle class, let alone the actual middle class, further out into the boroughs and beyond. Despite this ongoing phenomenon, the Mayor is committed to keeping the intergenerational underclass and the working poor in prime real estate, thereby guaranteeing that the city really will be populated by the very rich and the very poor.

Still, the international money, on top of Wall Street, guarantees that we will never be Detroit or God forbid Baltimore. Money can leave, but as long as it flows through our town there is a limit to how much crime and urban decay will be allowed. That is reassuring, if you can afford the rent.

Lisa Schiffren is a senior fellow at the Independent Women’s forum, and a sometime GOP speechwriter. 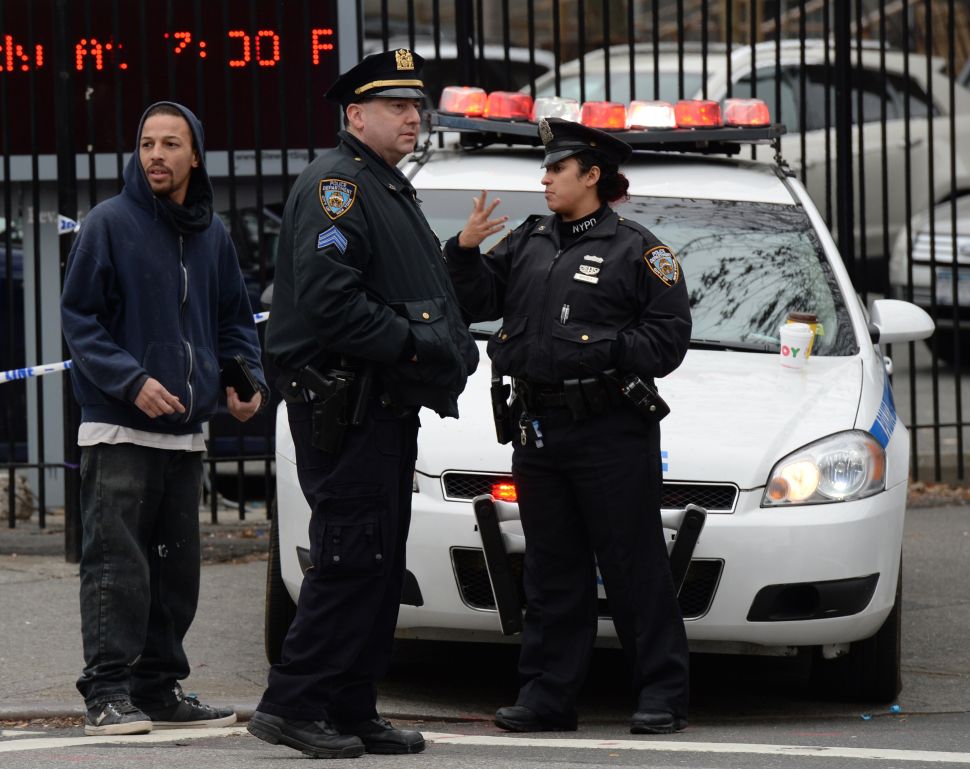