With the Supreme Court today upholding the ObamaCare law and the subsidies granted under the law President Barack Obama is assured of a crown jewel in his presidential legacy, health care reform will survive and prosper, Republican hopes to destroy the law have been crushed, and ObamaCare will now become the political equivalent of Social Security whose benefits will never be taken away.

The Supreme Court upheld the law by a stunning and decisive 6-3 margin, with Chief Justice John Roberts and Associate Justice Anthony Kennedy joining court liberals in upholding the law.

The decision was predictable and correct. In a column for The Hill newspaper several months ago I predicted that with the support of Chief Justice Roberts the court would uphold ObamaCare because the legislative intent of the Democratic Congress that passed the law was crystal clear. That Congress clearly intended that the subsidies should be provided whether the health care exchange that insurance was purchased through were state-based or national.

President Obama has now hit the legacy jackpot with heath care reform that will endure, with millions of previously uninsured Americans now receiving health care because of the law, with citizens suffering from life endangering preexisting conditions now receiving coverage under the law, and with the sons and daughters of moms and dads across the nation now obtaining insurance under their parent’s insurance.

The decision today is a powerful and historic victory for Mr. Obama that historians will write about for a century which will improve the health of millions of Americans for the rest of their lives.

The decision today is a powerful and historic victory for Mr. Obama that historians will write about for a century which will improve the health of millions of Americans for the rest of their lives.

It is time for Republicans and conservatives to end their war against ObamaCare, to accept that the law is a permanent feature of American life, and to offer reasonable changes to improve the law but end, once and for all, their obsessive opposition to the law.

The number of enrollments under ObamaCare has already been larger than expected and will now surge to even greater heights with the validation of the law by the Supreme Court and the guarantee that this healthcare reform is here to stay.

As ObamaCare will now become the political equivalent of Social Security, millions of Americans will benefit from the law and many millions more will sign up and benefit going forward. It will now be political poison for the GOP to continue to try to destroy the law, which means that trying to repeal or destroy ObamaCare will be the next third rail in American politics—again, similar to Social Security—which the GOP and the political right will pay a heavy price for attacking.

Republican presidential candidates who are reacting to the court decision by calling for new efforts to repeal the law are making a huge political mistake. They are going against the tide of history; they are attacking the direct economic interests of tens of millions of Americans; they are flirting with political suicide.

There will now be tremendous anger directed by the right wing of the Republican Party toward Chief Justice Roberts, but as I have written before, as a skilled attorney and jurist he had no legal alternative except to uphold what was the clear and indisputable intent of the Congress that passed the law and the president who signed it.

The Supreme Court decision today gives a monumental policy, legal, political, historic and moral victory to President Obama. He fought for the law through thick and thin. He demonstrated a tenacity and sense of purpose that was unyielding and unbeatable. He has built a pillar of his presidential legacy that historians will write about and applaud for generations to come and has lifted the lives of countless millions of Americans today, and countless millions of Americans tomorrow in the days, years and decades to come. 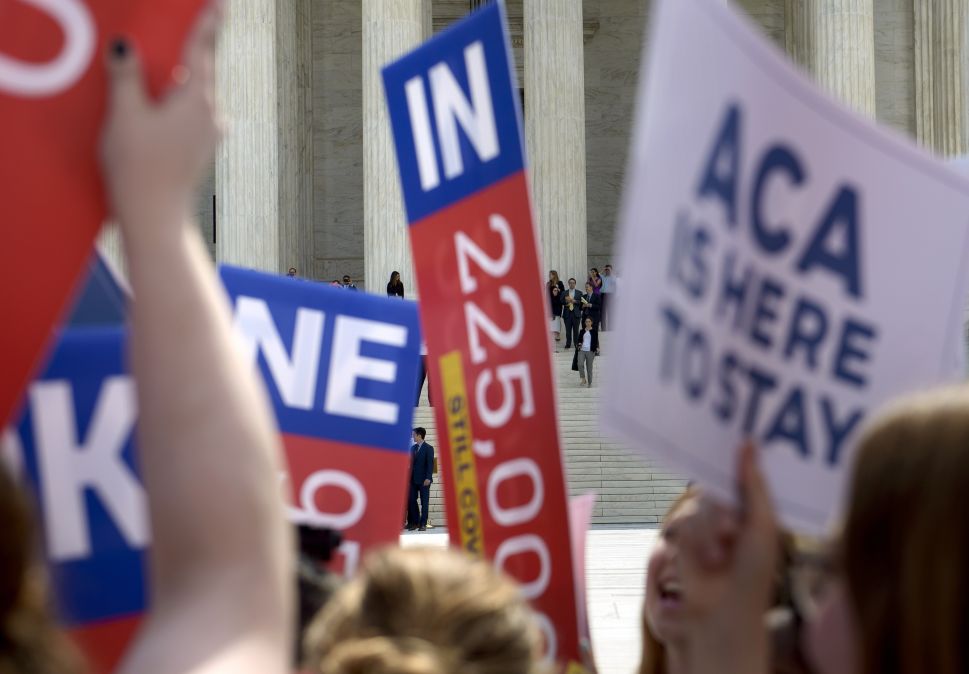